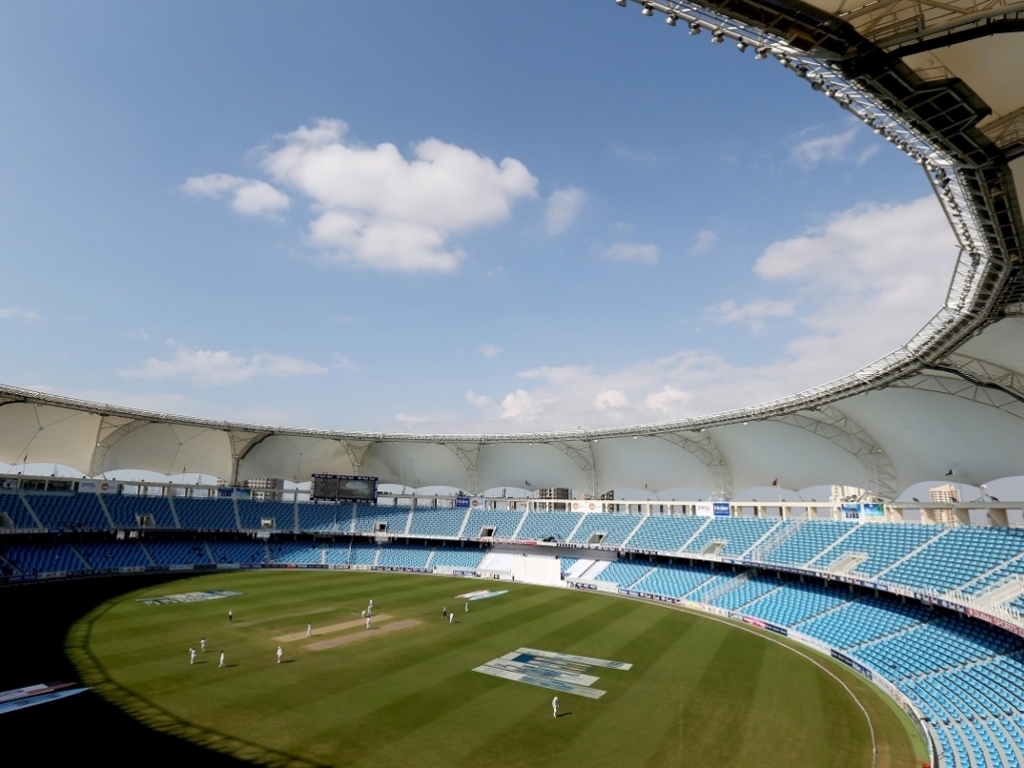 One of four planned or completed stadiums in the ever-evolving Dubai Sports City, the world's first ever purpose-built athletic metropolis, Dubai International Cricket Stadium weighs in with plenty of impressive numbers.

Flanked by football, basketball, ice hockey, volleyball, handball and netball facilities, the 25,000-seater boasts an unsurpassed 350 floodlights across its 'ring of fire'.

Unique in that its lighting is lavished entirely across the stadium's stands rather than individual pylons, the ground brags arguably the best playing visibility across the planet.

Reuters news agency has quoted "informed sources" suggesting the PCB are remunerated 800,000 pounds for each event in Dubai, so it's little wonder they are happy to act as pseudo 'hosts' while their real home grounds are without international cricket.

It feels like there was a match at this venue less than a month ago… because that is the case. Australia found themselves on the bloody end of a 221-run demolition, thanks to Pakistan's formidable top order.

While Pakistan's openers both fell for a total of three runs, their middle order flourished and put together a string of half centuries and more. Younis Khan scored his first ton of the game, while Sarfraz Ahmed vindicated his selection with a century.

Having posted 454 all out, the bowler proceeded to get rid of the Aussies for 303. David Warner's century was the only score of any note, as Yasir Shah took three wickets and the rest of the bowling attack all got at least one.

Pakistan's second innings saw them post a target of 438 runs, scoring 286 for two before declaring. Younis continued his run of form with a second ton in the game, and Ahmed Shehzad scored a ton as well. Both wickets were taken by spinner Steve O'Keefe.

Australia's second innings saw Zulfiqur Babar take five wickets and Yasir four as the deck catered to the spinners, though the Aussie batsmen made it look more dangerous than it really was. They were out for 216, late on day five.

New Zealand have never played a Test here, and thus have no happy hunters. Pakistan's bowling here is dominated by Saeed Ajmal, who is unavailable due to a chucking ban, while Babar's two Tests here have seen him bag eight wickets.

Australia captain Michael Clarke: "We knew spin would play a lot, but a lot of us gout out to balls that didn't spin."

Australia coach Darren Lehmann: "This is a very good cricket wicket and we didn't adapt well enough and didn't play well enough. When you are talking about learning how to play in these conditions we got beaten on the other side – with less spin.

"You would think it would spin more. We got beaten with straight balls, I think five or six dismissals throughout the game."

Pakistan's Ahmed Shehzad: "Playing here is always difficult but I had to open and used all my skills – played sweep shots, used my feet, as the idea was to not let their spinners settle.

"Because I know if I play six balls standing in the crease, one of the balls might hit a patch and undo me, so I had to go at things hard rather than be dominated."

Clear. Hot. Sunny. No rain. The usual for Dubai.

This deck is deceptive for line-ups who don't play spin well. The Aussies were dire here, and the Kiwis were shocking in Abu Dhabi, so the Pakistan spinners will be confident again. The side that wins the toss will bat, just in case the deck does deteriorate later on.