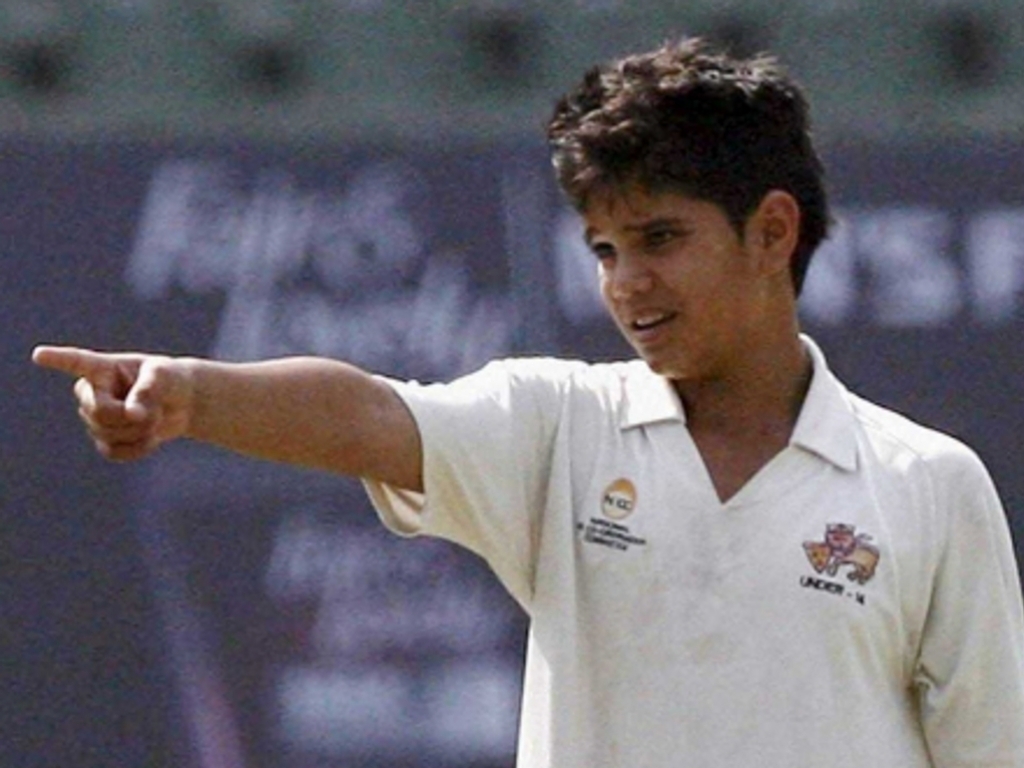 England's batsmen were tasked with netting against an unfamiliar face ahead of the second Test at Lord's, as a young lad bowled left-arm seam at them, and he turned out to be Sachin Tendulkar's son, Arjun.

The players were not aware of who the 15-year-old was until afterwards, having faced some of his nippy deliveries and seeing his relaxed action. Arjun was given permission to take part after enquiring about it the day before.

When the Tendulkar family is in London, Arjun is apparently, according to an MCC spokesman on Cricinfo, a regular visitor to the indoor nets at the ground.