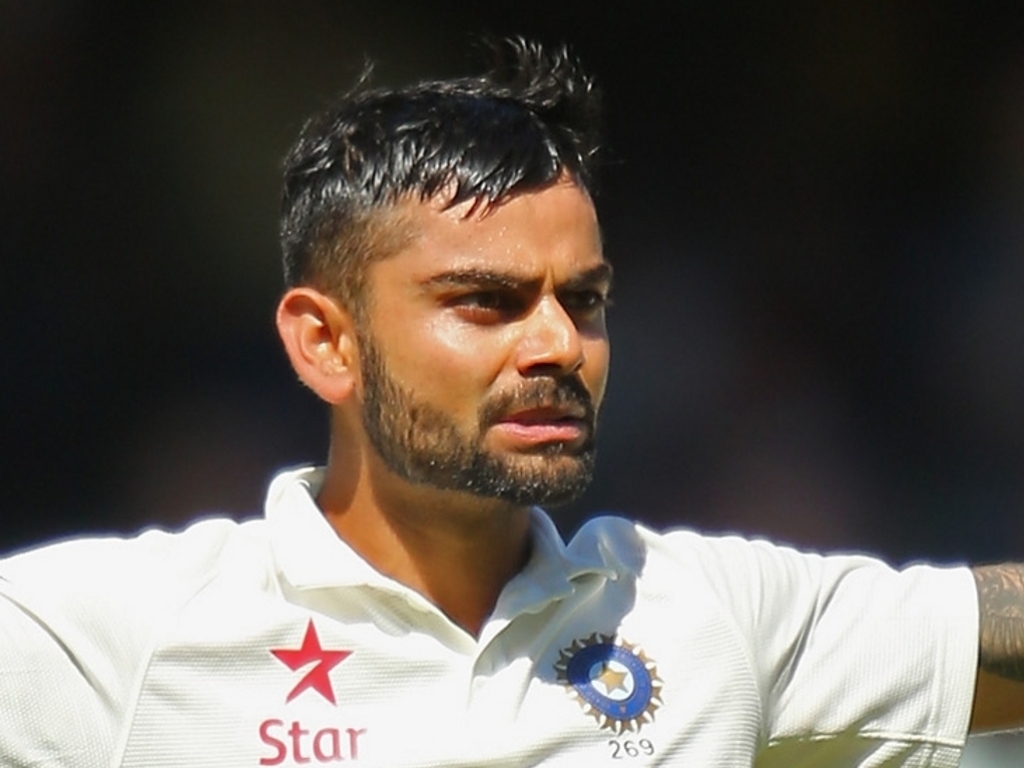 The first Test between Australia and India was always going to have a heightened emotional element, in the wake of Phillip Hughes' passing just a fortnight earlier, but what we got was a rollercoaster of heart-stopping moments.

Australia ended up winning the game, late on day five, after it looked like they had declared too early. India's batsmen, with a more aggressive captain in every way, went for it, and fell 48 runs short.

The Aussie captain came into the match with emotional and physical wounds unhealed. He was the face of the team's grief after Hughesy's death, and on top of that had to deal with a not-quite-fine left hamstring.

But he insisted on playing, was sure he could make all five days, and he nearly did. His first batting innings saw him reach a half century under little duress, but when he reached 60 he could no longer stand, his troublesome lower back going into spasm.

And so he trudged off, slowly, across the 408 painted onto the grass, just three runs shy of that score everyone wanted to get. But he came back the next day, after a wicket fell, and proceeded to make probably the most determined ton of his career. There wasn't much fanfare, and he didn't cry, but there was a long hug and a look to the heavens.

Then came day five, and with Pup funkily declaring overnight, India needed 364 to win. And they went for it. Clarke was unable to help defend though, forced to leave the field in the afternoon with a busted hamstring, though not the same one from before the game.

Now his career is on the line, with his admission that he'll probably be missing the rest of the series. He's finally, after many denials, conceded that he can't keep playing evey match if he wants to keep playing at all.

Australia opener David Warner was, after Clarke, seemingly the most affected by Hughes' death, and he admitted during the game that he considered not playing this Test. He was on that medical buggy that took Hughes off the field, holding his hand.

But he did opt to play, and put in two massive knocks will with flair, aggression and character, becoming the first Aussie to score twin tons in Adelaide since 1990. The first one was calm, composed, but lightning quick. He was out for 145.

The second was slower but more aggressive in terms of attitude, and his presence was the spark that ignited two highly charged spats in the middle. He was out for 102 this time, bowled by Karn Sharma, but had laid the platform for the declaration.

Warner's progression from a T20 basher to a composed Test opener has been intriguing to watch over the years, especially in the past 12 months. A steady relationship and a new baby have certainly added maturity to that bullish brain.

3) Silence around the ground

A paceman steams in, pitches it short, the batsman fails to get out of the way, and crack. Hit on the helmet. Instead of a roar from the bowler, a menacing glance to go with it, and a cheer from the crowd, the stadium goes silent for a second.

Mitchell Johnson's first ball to Virat Kohli saw the stand-in India skipper wear one on the badge, almost ducking into the ball, and it was the first such hit delivered by the Aussies in two weeks. Johnson looked as dazed as Kohli.

It was the first bouncer to hit a batsman since the team got back from Macksville, and while Kohli calmly removed his helmet, had a look at the badge, and put it back on his head, the Aussie fielders converged around him to make sure all was well. It was.

Johnson, one of the scariest men in cricket, looked shaken and concerned, out of proportion to what had happened, and Kohli waved everyone away. Clarke walked back to Johnson's mark with him, a comforting hand on the shoulder, seemingly saying, 'He's fine'.

4) Handbags at a new dawn

The goodwill from three days of careful politeness and impeccable 'spirit of cricket' could not last. It's not how Australia, or Kohli's India, play cricket, and it was like a champagne cork had been popped on day four.

Warner was given out, bowled, and was send on his way by a very chatty Varun Aaron. As Warner reached the exit, a no-ball was revealed, and he was called back. Seeing his chance for retaliation, he had a few words back to the bowler.

Shikhar Dhawan stepped in to have his say, Shane Watson came down from the other end to step in for Warner, and suddenly there were no more Mr Nice Guys. As Kohli said after the game, when he's the one trying to make peace, you have to know how cross everyone was.

That was not the only incident on a tense fourth day. Later on, with Warner still in the middle, Kohli and Steve Smith exchanged pleasantries. 'Mind your limits,' said Kohli to the batsman, as the umpires again had a word. The peace accord was over.

5) A captaincy debut to remember

Kohli stepped in as captain, his first Test as leader, as MS Dhoni had failed to recover from a hand injury in time. As we've seen in shorter formats, Kohli loves to lead, and thrives with the bat when in charge, as it appeals to his sense of importance (probably).

His knock of 115 in the first innings was the backbone of his side's 444, without which they would have been significantly further behind after a poor bowling effort. Kohli didn't have a full bowling attack, and it showed in three conceded centuries.

His second innings, making him only the second batsman to score twin tons on captaincy debut, was thrilling from the get-go. He knew he needed to go at four to the over, and he needed to stay in the middle. When he passed 140, it looked like he'd deny the 13th Man a win.

But the memorable moment came when he went for one too many big shots, miscued it, and was caught by Mitchell Marsh in the deep on 141. Marsh nearly fumbled it, but took it near the ground, and Kohli bent double in disbelief. 'How did I not win this for my team?' Dhoni would probably have seen the day out, five down.

Spinner Nathan Lyon is one of those bowlers that has fans in the dressing room but often not outside of it. He seems so innocuous, gets dropped for uncapped teenagers without explanation, isn't always guaranteed a place if the pitch is quicker.

India would have been expected to struggle against the pacemen, but it was the offie that did the damage this time. He took 12 wickets in the match, five in the first innings and seven on day five, to record his maiden 10-fer.

It's that lack of danger in his aura that likely helped him out, with India's batsmen playing poor shots to good deliveries rather than being more cautious. Wriddhiman Saha's dismissal, added to Kohli's, was case and point.

The keeper, in Dhoni's place behind the stumps, went at Lyon from the start, and hit a four and a six. 'Easy peasy,' he seemed to think, as India's target got closer. But Lyon had his number, dropped it a bit closer to his feet next ball, and Saha danced down the deck, missed, and found his bails flying.