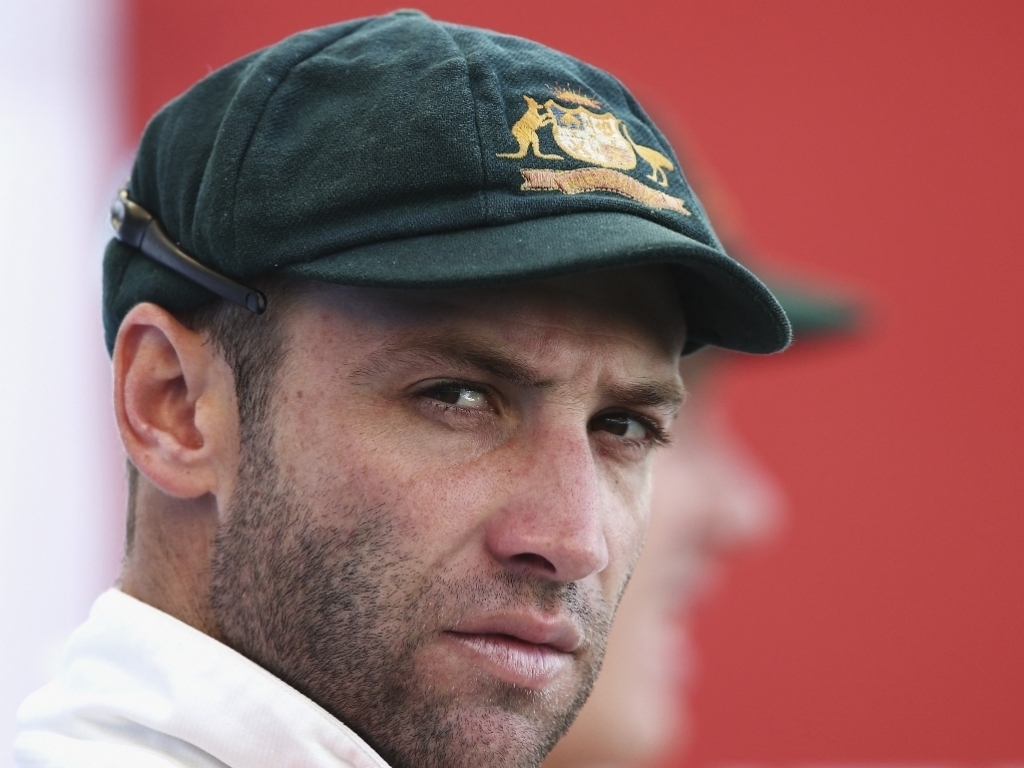 Australia batsman Phil Hughes is in critical condition in a Sydney hospital after being struck on the head by a bouncer during a Sheffield Shield game on Tuesday, and the player is on life support after emergency surgery.

Hughes was playing for South Australia against New South Wales, and had made a half century, when he was hit by a Sean Abbott short ball. He bent over for a few second before collapsing face down, and he needed CPR on the field before being rushed away.

Twitter reacted instantly, and in a prolonged way, with players and pundits around the world waking up to the news. There was also support for Abbott, especially from current and former fast bowlers.

Australia coach Darren Lehmann: "Our thoughts and prayers are with phil and his family! He is a great fighter and a great young man!"

Opening batsman David Warner: "Thoughts are with my little mate Hughsy and his family. He is a fighter and a champion and he will get through this. Praying for you buddy."

Australia paceman Mitchell Johnson: "Thinking of you mate! Hope everything is ok with u Hughesy"

Test fast bowler Peter Siddle: "Sad to hear about my little mate Hughsey. Thoughts go out to him and his family. Stay strong brother! X"

Australia women's star Meg Lanning: "Sad to hear about Phil Hughes, thoughts are with him and his family"

ODI paceman Kane Richardson: "Feel sick to my stomach for Hughesy. Hope you are okay brus."

Moises Henriques: "We still need you brother. Keep fighting like you always do!"

Shane Warne: "Just heard the news about Phil Hughes, thoughts & prayers are with you & your family. Hang in there buddy, we are all fighting with u !!!"

Adam Gilchrist: "Dear Lord, if ever the need for footprints in the sand, it's now #PhilHughes #courage #strength"

Michael Slater: "Still in shock over Phil Hughes. How quickly life can change! Thoughts & prayers tonight. One of the nicest blokes in the game."

Glenn McGrath: "Our thoughts are with Phillip Hughes & his family. Wishing him a quick & full recovery."

He added: "Our thoughts are also with Sean Abbott."

Dean Jones: "Feeling for Phil Hughes after being hit. He is not in a good way! Stay strong @seanabbott77 .. Not your fault young man."

International players were also quick to respond, with an almost unprecedented variety coming to the fore.

India batsman Virat Kohli: "Thoughts and prayers with Phil Hughes all the way. Fight it out mate. You are a top man. All the strength goes out to you and your family."

India batsman Ajinkya Rahane: "Really shocked to hear about Phil Hughes. Fight it out buddy!! You are a champion!!! All our wishes with him and family."

Spinner Ravi Ashwin: "Really shocked to see what's happened to Phil Hughes.Fight and get out of this one my friend.My thoughts and prayers are with you."

England pacemen James Anderson: "Awful news about Phil Hughes. Sickening to hear. Praying for him and his family."

And Stuart Broad: "Awful news about Phil Hughes. Fight hard, everyone's thoughts are with you and your family."

As well as Stuart Meaker: "From a bowlers point of view it's never nice hurting a batsman in that way either. Hope the Bowler is ok as well! #PhilHughes"

Ravi Bopara: "Woke up to some shocking & sad news of Phil Hughes. Wish u and your family all the best on a quick recovery."

South Africa all-rounder JP Duminy: "Thoughts and prayers go out to Phil Hughes and his Family." This was echoed by Proteas Wayne Parnell, Dane Piedt and Ashwell Prince.

New Zealand's James Franklin: "Terrible news about Hughesy, stay strong mate!! Thoughts and prayers are with you and your family and friends"

Kiwi batsman Martin Guptill: "Thoughts and prayers go out to Phil Hughes and his family. Hoping he pulls through quickly and we see him back out on the park soon."

Former internationals and a few coaches added their voices to the positive support.

Matt Prior: "What horrible news to wake up to! Thoughts and prayers with #PhilHughes and his family! #staystrong"

India batting legend VVS Laxman: "Just got to know abt the injury to phil Hughes. Wishing him speedy recovery. Our thoughts and prayers are with him and his family #faith"

Commentator and former New Zealand paceman Iain O'Brien: "No bowler wants to hurt a batsmen like this. Really feel for Abbott. Hope Phil Hughes will be ok. He's a fighter."

Even Springbok rugby player Bakkies Botha, no stranger to injuring an opponent, commented, saying: "Can imagine how @seanabbott77. Feels right now. Its not your fault man. Stay strong"