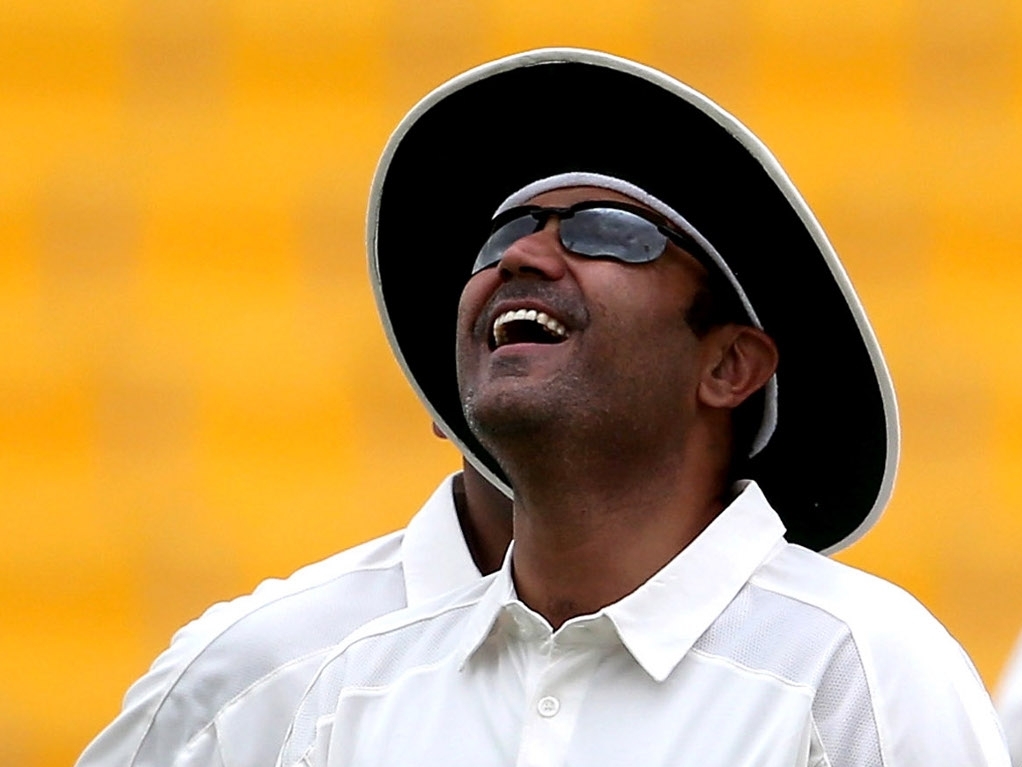 India batting legend Virender Sehwag announced his international retirement on Tuesday, and Twitter reacted accordingly, with nary a negative word to say about 'Viru'.

Pleasure to have played with you @virendersehwag bhai. What an amazing career. Thanks for the guidance and the memories. Modern day legend!

Congrats bratha @virendersehwag on a fabulous career.A pure entertainer who gave us sooo much joy . Thanks for all the gr8 memories.#LEGEND

Clear thinking n attacking stroke play is been hallmark of ur batting! thank u @virendersehwag for grt memories & wonderful friendship!!

The original opener; the dare devil. Congratulations @virendersehwag paaji on a wonderful journey & all the best for the future. Rab Raakha

Well done on your career legend. Been a privilege to play with and against you. Catch up soon. @virendersehwag  https://t.co/gVrOjskOfc

Congrats to @virendersehwag on just a brilliant career! It was a privilege to watch you play sir! #genius

Congrats @virendersehwag It was a pleasure & a privilege to work with you. You've taught me more about batting than any other player #Legend

The art of making improbable look easy is the hallmark of a genius. Sehwag was a cricketing genius. #ThankYouSehwag for the memories. ??

Happy Birthday to Virender Sehwag from his biggest fan.

Another legend signs off. #ThankYouSehwag Wishing you all the very best on the way ahead @virendersehwag  https://t.co/eMAFJ0L479

Farewell to an explosive, swashbuckling, thrilling batsman. A man who played cricket the way it should be played. Thank you @virendersehwag.