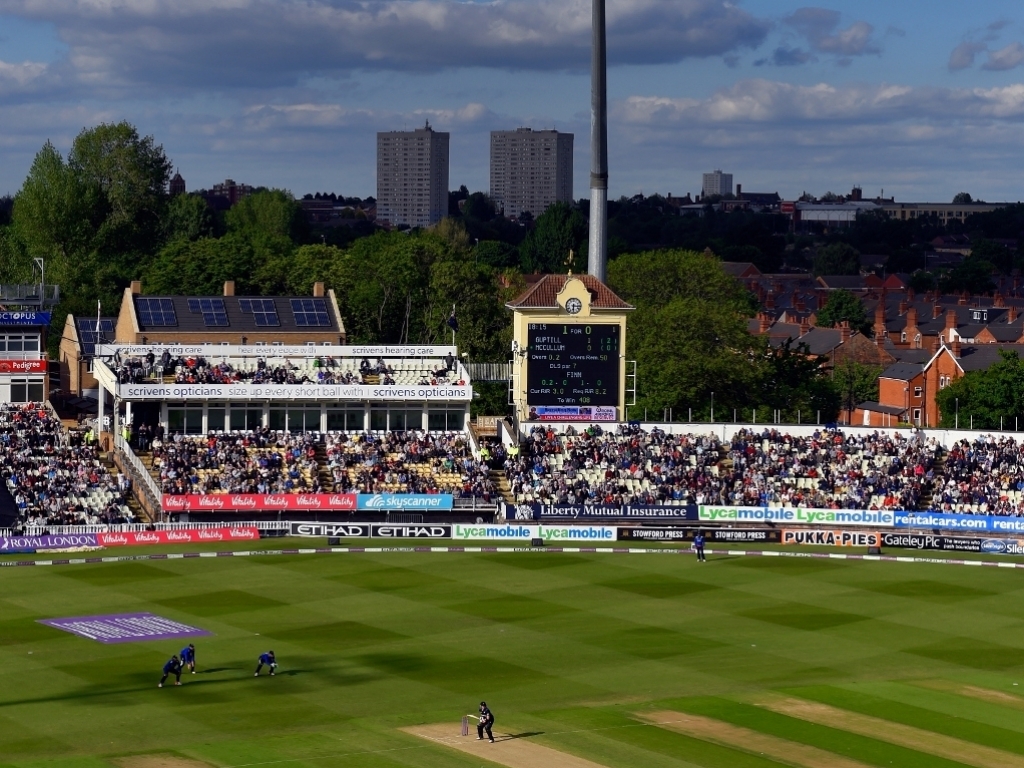 Test cricket was first staged at Edgbaston in 1902, but was an infrequent visitor in the ground's early years: only four Tests were played there in the next quarter-century. It has fallen by the wayside in recent years again.

The most recent Test here was three years ago, when England and the West Indies played to a draw in July 2012. three of the five days were completely washed out, making it a dull and miserable experience for all involved.

Asad Fudadin and Sunil Narine made their debuts in this game, but had to wait till day three for any action. The Windies, who had been put in to bat, were deduced to 280 for eight that day, but Denesh Ramdin's ton the next day took them to 426 all out.

It was all about the pacemen here, as Graham Onions took four wickets, and Tim Bresnan and Steve Finn bagged three apiece.

England then only had time to bat for 58 overs before rain ended the game over the next day and a bit. They made 221 for five, with home town hero Ian Bell recording 76 not out and Kevin Pietersen adding 78.

Australia captain Michael Clarke ahead of this Ashes Test: "There's 9mm of grass on it at the moment. It looks like a Gabba Shield game. That's as much grass as I've seen on a pitch in England, so I wonder if the talk in the media and the commentators' talk has made the groundsmen a little bit nervous.

"From the Australian team's perspective I hope he leaves it on there. If it stays like that and I win the toss, I will most definitely bowl first."

England skipper Alastair Cook in response: "It'll be interesting to see. There's a lot of talk about pitches, but if you play well you put the opposition under pressure. If they play well they put you under pressure."

Australia paceman Mitchell Starc on the prospect of some grass: "We'll find out on day one, but the way it is at the moment, I guess the quicks on both sides will be happy to see it stay the way it is."

England batsman Joe Root: "I want to see a result pitch where we can play some good competitive cricket and put a show on."

Of the England batsmen in this squad, Alastair Cook has the most runs and the best average (Pietersen is well ahead of him, mind). He has a ton and a fifty in nine innings, averaging 57. Ian Bell is next, with 260 runs in five Tests.

Bowling-wise, James Anderson is the leading current wicket-taker, with 24 scalps in eight Tests. He did not play in the 2012 game, and neither did Stuart Broad. Broad has taken 14 wickets though, averaging under 20.

None of the current Aussies have really made a dent on the runs list, having last played here in 2009, so only Michael Clarke and Mitchell Johnson (of the Lord's team) have played here. Clarke did make a ton, mind you, while Johnson took two wickets in that draw.

While it doesn't look like the rain will mess things up as completely as in 2012, day one could still see some showers. It's set to be an overcast day (yay, fast bowling!) while the next few days might have thundershowers. We should get the bulk of the game in though.

All the pre-game talk has been about the grass on the pitch. The Aussies have all inspected it, judging by the pictures on the Cricket Australia twitter feed, and while they expect it to be mowed down in the morning, they're quivering in anticipation of a deck that will do a bit more for them. After the stodgy efforts at Cardiff and Lord's, the fans will want a quicker deck as well.

The groundsmen have even gone to far as to get cannabis lamps from the police to try and dry the deck out a bit, as it's been raining for days. Not sure who that will assist though.

Whoever wins the toss will probably bowl, given the cloud cover set to be around, and said grass. Bowling first does tend to see a positive result, especially in recent years. But batting well will see some profit as well.