Your argument is invalid, ICC 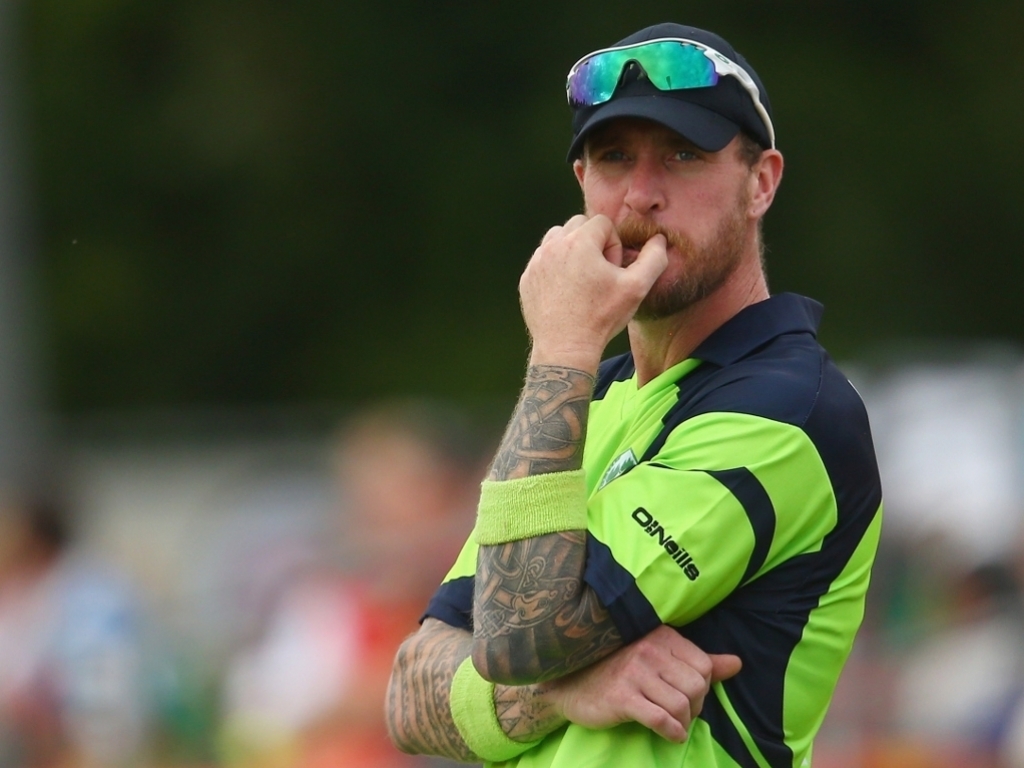 Better sides beat weaker ones. That is sport. Realistically, there are four teams that can win this World Cup, the other 10 are there to make up the numbers.

Maybe one of the also-rans will get close to winning the whole thing, maybe they might even win it. That is incredibly unlikely, but not knowing what to expect is why we watch.

There will be those that will use these defeats of Associate teams to say they in some way devalue the competition with their presence, that these defeats in some way mean that they should be kept away from the main event.

In fact, that is the very reasoning the ICC have given for their reduction of the number of teams that will take part in the 2019 World Cup. As it stands, 10 teams are set to compete in four years' time.

More than half the teams in this tournament either have or will lose to one of the favourites by a distance. That is why they are called favourites.

Comparisons with other sports abound when you talk about World Cup structure, and there is no escaping the fact that it is only cricket that is looking to contract its flagship event. However, cricket does have a problem that other sports do not.

An 8-0 thumping in football will be over in 90 minutes. A side conceding 100 points in rugby will be put out of their misery in just 80 minutes.

A cricket mismatch can take hours, and even when the game is over as a contest almost as soon as it has begun, it can take several hours to get a result. Ireland’s chances of beating South Africa were over about half way through the first innings of the game. It was four hours before we saw the denouement.

While this is undoubtedly an issue that cricket faces where other sports do not, it is not just restricted to those outside the cosy club of ICC full membership. Any side can get thumped, regardless of where they sit in the ICC hierarchy. It will happen to better sides less often, because they are, you know, better.

Associate nations should be included in the World Cup despite their performances, not because of them. The reason for this is pretty simple, it is the best way for the sport to grow. It gives these teams a focus point in the calendar, a goal to aim for.

For almost every side in any sport, football and rugby included, getting to the World Cup is what it is about, not winning it.

It serves as an aspiration for kids taking up the sport. One day they can be at the World Cup and face Dale Steyn, one day they can try to outthink the likes of Hashim Amla. They may fail, in fact they almost certainly will, but what if they don't? What if…

We have already seen at this World Cup that the gap between the top Associates and the bottom full members is closing. We have already seen the drama that these teams can produce at this event. A win for an Associate side resonates for decades to come. We will still be talking about the West Indies loss to Ireland in 2035. But that isn't why these teams should be involved.

Associate sides could get thumped in every game and they would still add to the event, they add even more because they won't be. Pulling up the ladder and telling teams outside the full member cabal that the money-fuelled air balloon is full and there is no more room for them will be the beginning of the end for cricket.

The days where there wasn't stiff competition for the hearts and minds of young children over which sport they play are long gone. Now there are endless choices for kids, including deciding that life looks better through the screen of an iPad. We can no longer guarantee a steady stream of players from the Test playing countries. By deciding not to bother expanding, cricket is hamstrung.

As the West Indies fade, as Pakistan continue to gasp for air smothered by their lack of cricket at home, as Bangladesh still battle to find consistency, as Zimbabwe fight internal struggles just to get on the field, the cricket world is shrinking. If any of these sides disappear, cricket has lost 10% of the teams that compete. There are others that can step into the fold if self-interested administrators can see that.

There are some that say the solution to the 10 team World Cup is to have the same format as the World T20 where 10 teams are in the main draw and there is a pre-qualifying round. This is a 10 team World Cup that is set up in another way.

The World Cup needs to expand, and by doing so it secures the sport’s future. Maybe smaller teams will get beaten badly, but they will come back stronger for it. Maybe one day the Associate teams being battered in this World Cup will be the ones handing out the punishment in years to come. Just ask Sri Lanka…