Home Countries Australia A quick peak at the Bellrive Oval

A quick peak at the Bellrive Oval 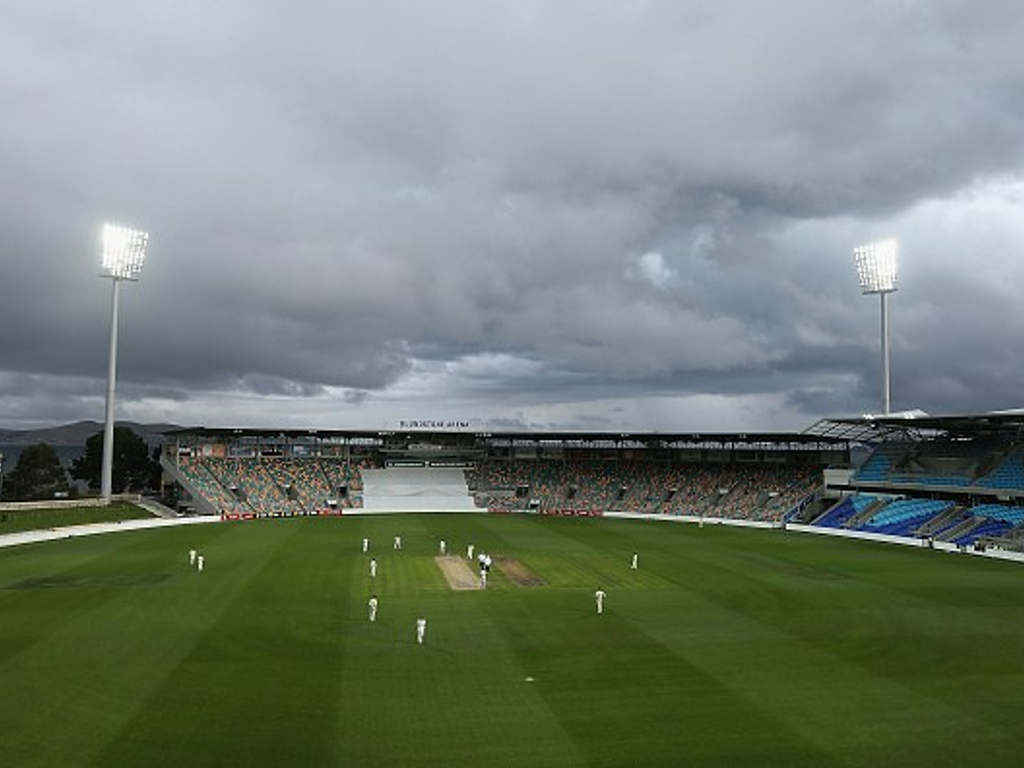 In the early 2000s further development occurred, with the addition of indoor training facilities, a new Southern Stand, and an upgraded Member’s Area that includes media facilities. In 2009 floodlights were erected, allowing for day-night matches.

Traditionally the surface in Hobart is one that favours the batsmen, with a bit of early assistance the most the bowlers can hope for before the track becomes a flat batsman’s paradise. But the wicket was relaid in August of 2012, and an uneven and erratic surface resulted in complaints from batsmen.

The hosts have only lost here once, which is no great surprise. Not only did the ground’s inception happen at a time when Australian cricket was on the rise, but they’ve generally only played the weaker nations in Hobart as the bigger clashes are reserved for the bigger cities.

The West Indies were on the wrong end of an innings defeat in Hobart in December 2015.

James Pattinson and Josh Hazlewood did most of the damage with the ball, with the former grabbing a five-for in the West Indies second innings.

Adam Voges scored a massive double ton and was well supported by Shaun Marsh who scored 182 as Australia posted 583 for 4 declared in their first and only innings.

Head curator Marcus Pamplin told reporters ahead of the Test: “I don’t reckon there will be any reverse swing.

“I reckon it will just be conventional swing and if there’s a bit of cloud around it could swing around a little bit.

“When the sun comes out, eventually, it should be good for batting too.”

Tasmania and Australia allrounder James Faulkner told cricket.com.au: “I wouldn’t expect the ball to reverse much here because the wickets around the square and the outfield would be quite soft.

“This (Test) will be the first game on it, so I wouldn’t think it would reverse.”

Of the current players in this series, Australia opener David Warner has the best record here. He’s played three Tests, scoring 327 runs, including a ton and three fifties.

Adam Voges and Shaun Marsh will also remember the ground fondly after the pair put on a massive stand together in Hobart last December against the West Indies with Voges scoring 269 not out. Marsh misses the Test with a broken finger though.

Bowling-wise, Peter Siddle has a very good record here, and is second only to Shane Warne on the wickets list. He averages 15.72 with the ball here and has taken 22 wickets but he too is missing with an injury.

South Africa have never played a Test in Hobart.

It’s pretty grim if we are being honest, with the forecast virtually guaranteeing rain on the first three days of the Test and temperatures expected to be in the low teens.

Word on the tweet, so to speak, though is that the rain may stay away with Mike Haysman bringing us the update via the social media platform.

Just had a chat to Tassie CEO David Johnston – and he tells me the latest radar shows no or little rain between 12 & 6pm for Day 1.?✔#AusvSa

The quicks are likely to get a fair amount of movement through the air but brace yourselves for plenty of interruptions.

There is likely to be a little bit for everyone in this wicket, except for spinners Nathan Lyon and Keshav Maharaj who will likely play second fiddle to their pace compatriots.

The supposed lack of reverse swing could take away the advantage the Proteas bowlers had in Perth but it is hard to predict whether or not the ball will reverse.

The team winning the toss may be tempted to bowl first but history tells us this generally doesn’t work out that well. Only once has a team won after electing to field at the Bellrive Oval.