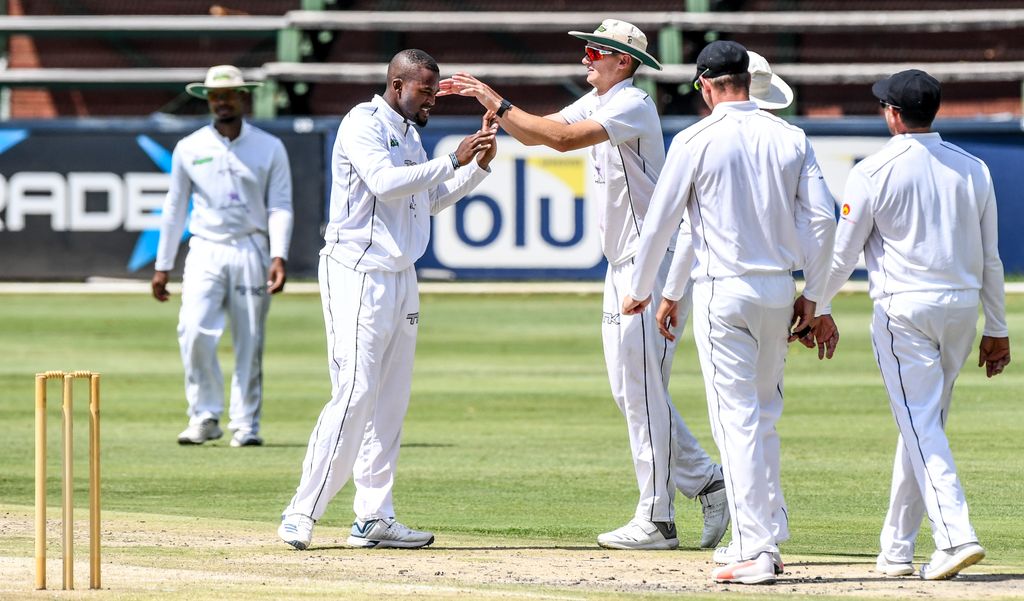 Ethan Bosch led a brilliant bowling display by the Dolphins as they completed a stunning 279-run victory over the Highveld Lions on the third day of their 4-Day Domestic Series encounter in Johannesburg on Friday.

The fast bowler nabbed four for 35 in eight overs as the hosts, who were chasing 386 for victory, were rolled over for 106 in less than 20 overs – their third lowest score in the fixture against the same opponents.

It capped a dismal end to the year for Enoch Nkwe’s men, who headed into the game looking like the likeliest team that could catch runaway leaders the Cape Cobras.

Instead they batted for a little over 60 overs in two innings and scored a woeful aggregate of 240 runs after their poor 134 all out in the first innings.

The only bright light for them was the performance of Dwaine Pretorius after he ended with 10 wickets in a match for the first time in his career after collecting four for 37 earlier in the day as the Dolphins were bowled out for 216.

Pretorius quarter of second-innings wickets saw him end with an outstanding 10 for 75. But he was let down badly by his batting team-mates.

The Lions lost their top three with seven on the board – Stephen Cook (0), Reeza Hendricks (5) and Omphile Ramela (2) doing nothing to help their side.

The former pair were removed by Bosch, with the latter dismissed by Dudgeon (2/32), who got Wihan Lubbe (10) not long after to leave the home side tottering on 17 for four at the Wanderers Stadium.

Bosch struck again to account for Nicky van den Bergh (8), before a double strike by Kerwin Mungroo (2/16) took out top-scorer Rassie van der Dussen (37) and Pretorius (1) to leave the Lions in even further trouble on 75 for seven.

Keshav Maharaj (2/2) wasted little time in mopping up the tail as the home side were brushed aside at the Bullring.