A quick peek at Seddon Park 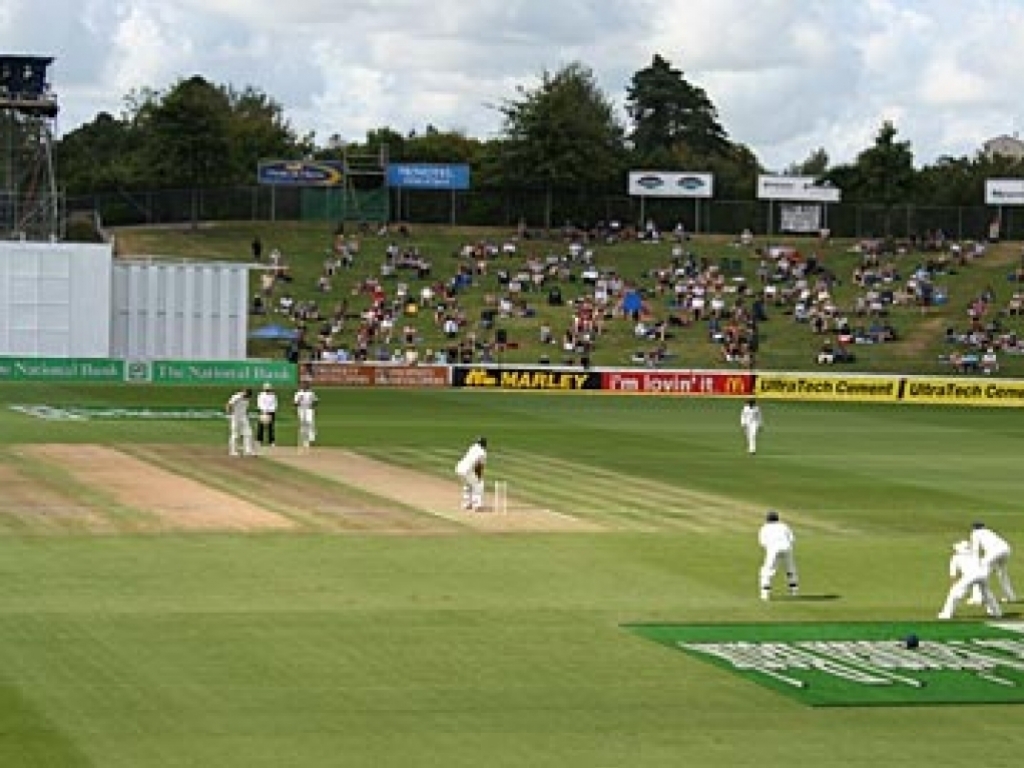 It is usually a very good batting track although two days out from the Test the pitch is sporting a green top.

The Black Caps outmuscled Sri Lanka in a low scoring affair in December 2015.

Sri Lanka had established a first innings lead after posting 292 and bowling out the hosts for 237.

New Zealand fought back with the ball though as Tim Southee and Neil Wagner combined to make short work of the Sri Lankan batting and leave the hosts chasing 189 for victory.

Kane Williamson scored a ton as the Kiwis eclipsed the Sri Lankan total with five wickets in hand.

Kane Williamson scored a ton last time out in Hamilton but Ross Taylor is the leading scorer at the venue among the current group of Black Caps players with 642 runs in 8 Tests at an average of 42.80.

Asad Shafiq top scored for Pakistan on their last visit to the ground in 2011 hitting 83 in their first innings.

BJ Watling told ESPN Cricinfo in the lead up to the Test: “A lot can depend on the cloud cover we get here when conditions are around.

“It can swing when it’s overcast. I’m hoping it doesn’t spin too much because Yasir Shah is a world-class bowler, and we really don’t want to bring him into the game too much.”

“Our pitches here can flatten out quite quickly. If it’s green on day one, I can guarantee that by the end of day two, if it stays sunny, it won’t be that green anymore.”

Not the best outlook on the weather front with a high probability of rain on all five days.

The toss could be crucial with the bowlers expected to get the most out of the pitch early on before it becomes flatter and easier to bat on later in the Test.

The wicket was exceptionally green to days before the Test but would have had at least a day or two of sunshine so that bowling green-like tint should have faded somewhat by the time the captains meet for the toss.

This is a result wicket and it will need to be with a lot of rain around.