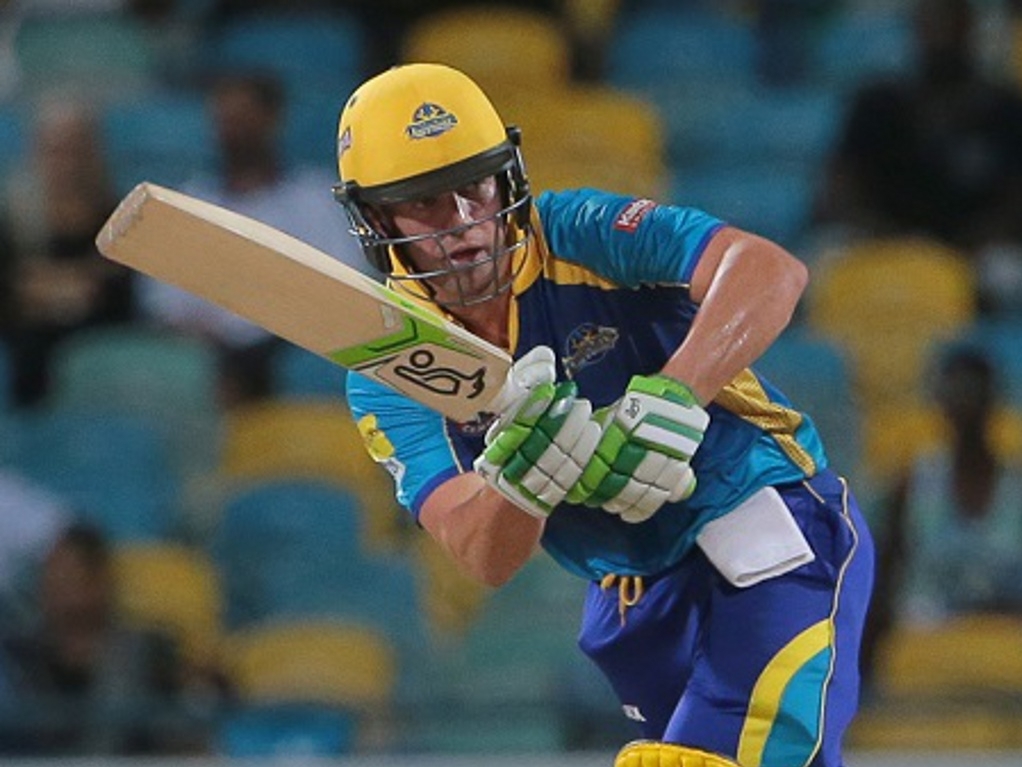 The Barbados Tridents recovered from an early collapse to ensure they had enough runs on the board to beat the St Kitts and Nevis Patriots by 25 runs in the CPL on Wednesday night.

AB de Villiers' 82 was key for the Tridents as they recovered from 29 for three to record 180 for six. The South Africa skipper's run came off 54 balls, before he was removed by a saluting Sheldon Cottrell.

De Villiers was assisted by Nick Pooran, who added 38, while Kieron Pollard recorded 27 at the death. Cottrell ended with three wickets, though the Patriots' fielding was marred by Kieran Powell being stretchered off the field after a big collision with JJ Smuts.

The Patriots' chase was never really up to par, despite scores of 42 from skipper Faf du Plessis and 46 from Jonathan Carter. The Proteas' T20 skipper tried to keep his side on track, but with the rest failing, they could only make 155 for eight.

The result leaves the Tridents in joint-second with the Tallawahs, on five points. They are well behind Guyana though, who have won five of their six matches. The Patriots are joint-last, a touch ahead of the Zouks on net run rate.