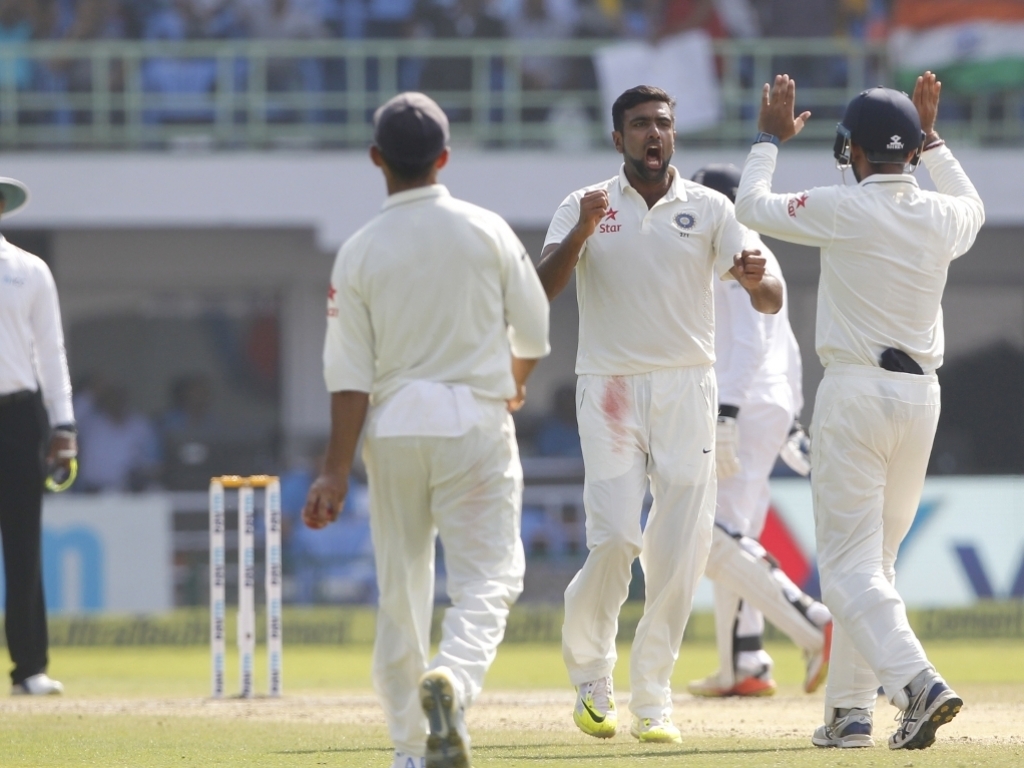 India moved into a position of dominance on day three of the second Test against England reaching 98/3 by the close to lead by 298 with seven wickets in hand.

England had fallen exactly 200 runs short of India’s first innings total when they were bowled out for 255 but Virat Kohli opted not to enforce the follow on.

The visitors had started the day well with Ben Stokes and Jonny Bairstow counter attacking and the pair put on 110 for the sixth wicket.

Bairstow (53) would depart just before lunch though bowled by Umesh Yadav after the Yorkshireman got himself in a tangle trying to work the ball through the leg side and saw the ball ricochet off his pads into his stumps.

England lost Stokes (70) after lunch despite a review from the big left-hander, he may have got a bat on the ball but it was pad first and he was caught at silly point if he did make contact in any event.

Zafar Ansari (4) would use up England’s other review with a pointless referral, the spinner was plumb leg before to Ravindra Jadeja and had to go.

Ravi Ashwin would remove Stuart Broad and James Anderson with successive deliveries and will be on a hat-trick when he next bowls.

Ashwin ended as India’s best bowler and picked up his 22nd Test five for finishing with figures of 5 for 67.

England’s pacemen would peg India back to 40 for 3 with Broad accounting for Murali Vijay (3) and Lokesh Rahul (10) in the space of ten balls before Anderson removed Pujara (1) with an absolute ripper.

The backbone of India’s batting would guide them safely to the close though as Kohli (56 not out) and Ajinkya Rahane (22 not out) shared an unbroken 58 run stand to help India to a 298 run lead.