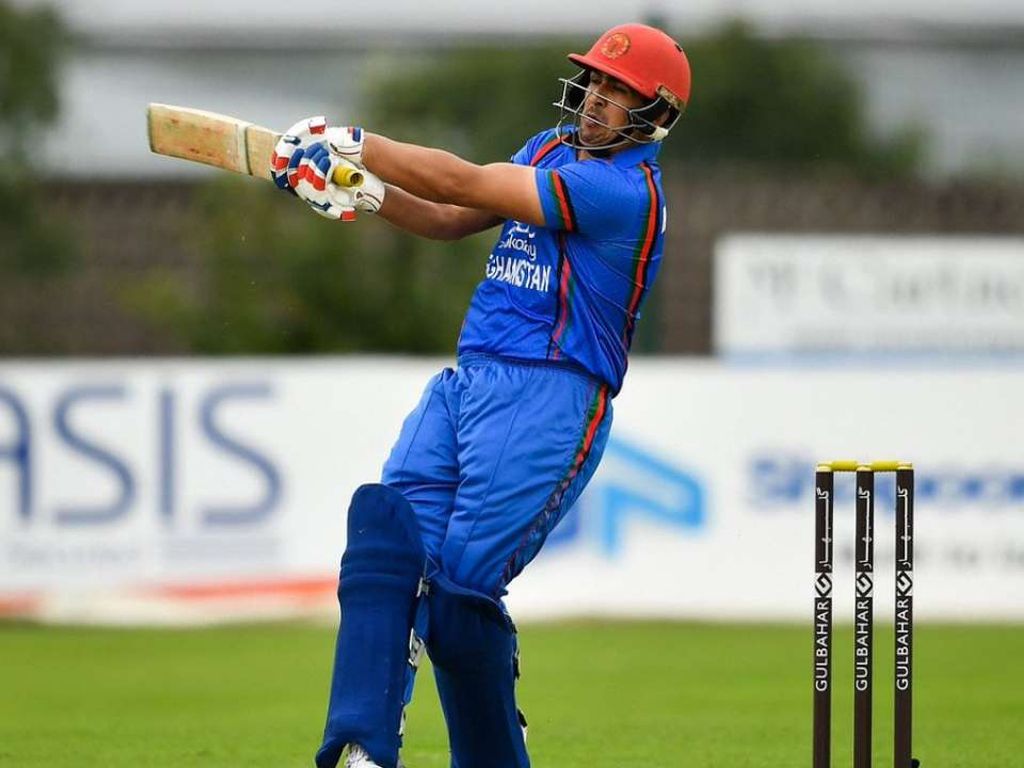 After misty but persistent rain delayed the start to play, Ireland’s captain Gary Wilson won the toss and elected to bowl first on what was described as looking like a two-paced wicket.

From the outset the 20-year old Afghanistan opener Hazratullah Zazai, in his second T20I, took to the Irish attack with intent. He blasted the second fastest half-century in T20Is, bringing up his fifty with a six off just 22 balls. Zazai went on to make 74 runs (33 balls; 8 x fours, 6 x sixes) before a beautiful reflex catch down the leg side by Wilson off Simi Singh ended his innings.

The Afghan skipper Asghar Afghan then joined Mohammad Shahzad and the pair continued the assault putting on 32 runs from 3.4 overs.

Staring down the barrel of a large total to chase, the Ireland bowlers then grabbed the initiative, sparked by a direct hit run out of Shahzad by sharp fielding by Singh. The bowling unit proceeded to take 5-41 off the final 7 overs. The turnaround was led by 18-year old left arm pace bowler Josh Little who claimed his first wickets in his T20I career – and ended with a commendable 2-20 from four overs. After bearing the brunt of the early attack, Tyrone Kane came back in the final overs and grabbed two late wickets to finish with 2-50.

Needing 161 from 18 overs for victory, Ireland lost the early wickets of Stuart Thompson and William Porterfield, but opener Paul Stirling looked in bullish form. Carrying on his recent fine form for Middlesex, Stirling moved to 27 with one four and two sixes, however after connecting well with a pull shot to deep square leg he was freakishly caught by a spectacular one-handed effort on the boundary by Aftab Alam. 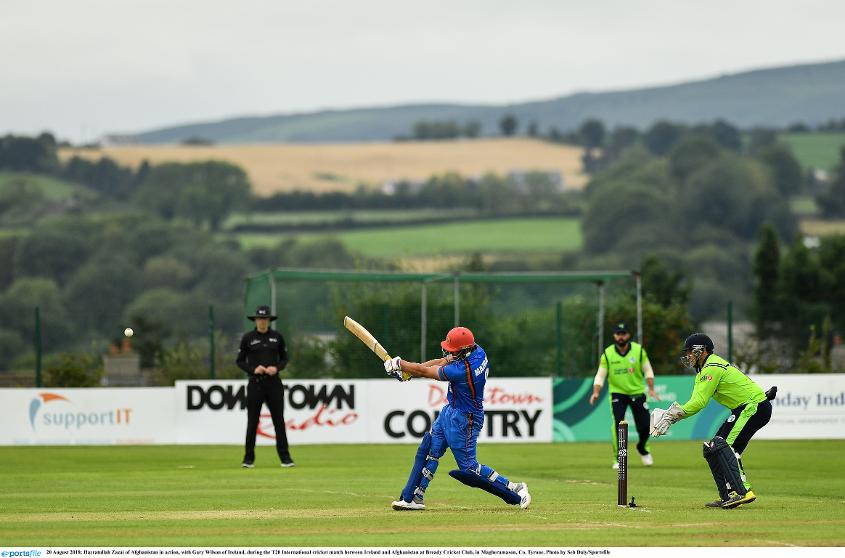 Captain Wilson played a lone hand in the middle order, taking 34 runs from 23 balls, while George Dockrell and Simi Singh chimed in with cameo innings’ towards the end, but Afghanistan’s bowlers bowled claimed important wickets at key moments and Ireland finished 16 runs short of the target.

“We can actually take a lot of confidence, I thought we played pretty well, particularly the way we came back with the ball. Josh Little bowled really well, and that’s why we brought him in with the left arm pace – he will be one for the next few years.”

“As for Zazai, that was his second game, we didn’t know much about him. He seemed to hit to all parts. But we came back really well – after the start they got, that was a great positive. I thought the boys showed great character.”

When asked about Stirling’s dismissal from the spectacular catch by Alam, Wilson said:

“Yes, I must thank John Mooney [former Irish international and current Afghanistan fielding coach] for that – they obviously fielded pretty well there. Paul was in and going well and then something like that happens. I guess that is why people come to see Twenty20 cricket, to see action like that.”

Ireland and Afghanistan will return to Bready on Wednesday for the second of three T20Is in the current series.