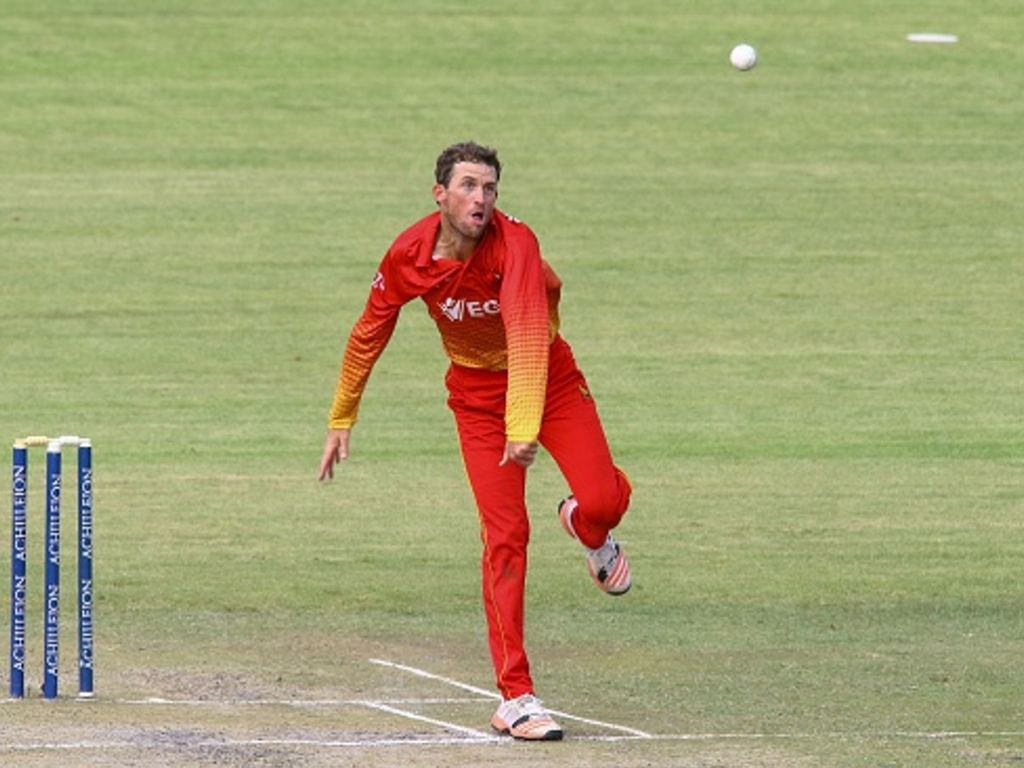 Afghanistan slipped from 107 for 4 to 126 all out to lose the third ODI against Zimbabwe by three runs in Harare on Tuesday.

The victory keeps Zimbabwe alive in the series after they lost the first two ODIs, with Afghanistan completing a brace of comfortable wins at the Harare Sports Club.

Zimbabwe's total of 129 was the lowest total they have ever successfully defended in ODI cricket and the win will boost a team that looked set to tamely submit to yet another series defeat.

The hosts can thank Tarisai Musakanda (60) and Malcolm Waller (36 not out) for rescuing their innings from complete disaster with the pair putting on an 81 run stand for the sixth wicket.

Their stand which saw Musakanda record his maiden ODI fifty was the only Zimbabwe partnership worth more than twenty runs and when it ended the hosts capitulated from 121 for 6 to 129 all out.

Gulbadin Naib ended as the pick of the Afghanistan bowlers returning figures of 4 for 27 from his six overs while Rashid Khan celebrated his sale in the IPL auction with a return of 3 for 29 from 5.4 overs.

Despite losing wickets regularly Afghanistan looked to be managing their chase with ease until Tendai Chatara (3/30), Christopher Mpofu (3/24) and Sean Williams (3/15) pulled the rug out from under the Afghans.

Asghar Stanikzai top scored for Afghanistan with 31 but he was the only player to pass thirty in a dismal effort from the tourists.

Williams started the death roll of the tourists by grabbing a caught and bowled chance to send Gulbadin packing for 16 and shortly afterwards Samiullah Shenwari (29) would nick off to Mpofu, but at 121 for six the win still looked on.

In the space of the next three overs though Afghanistan would lose their four remaining wickets with Mpofu and Williams sharing the scalps between them.

It would be Williams who claimed the final wicket, tossing one up to Amir Hamza who could only whack it to Richard Ngarava at point.

Chatara and Williams were named joint men of the match for Zimbabwe for their three wickets each.

The fourth game in the series will take place on Friday 24 February with Afghanistan leading 2-1 after three matches.