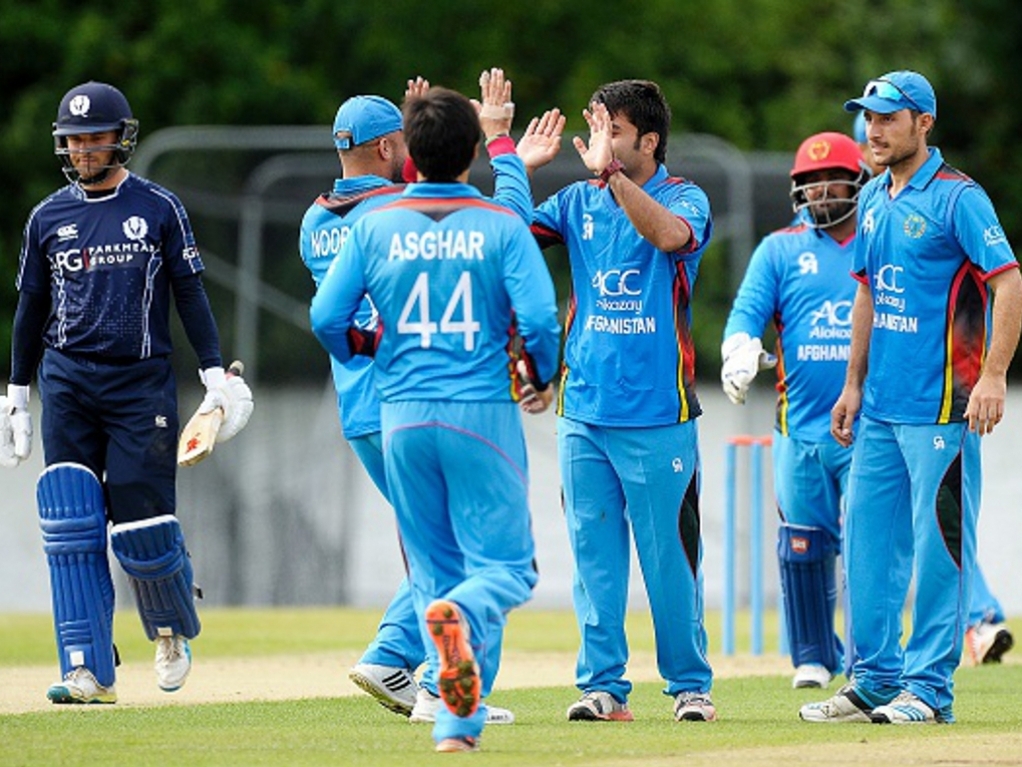 Afghanistan wicketkeeper, Mohammad Shahzad, smashed an aggressive 84 off 91 balls to help set up a 78 run win for his nation against Scotland on Wednesday.

Rain halted play with Afghanistan on 178 for six, when the players returned to the field Scotland were given an adjusted total of 211 to chase in 36 overs but the Scots were bowled out for just 132.

Afghanistan take the series 1-0 after the first ODI was abandoned.

Con de Lange bowled brilliantly to restrict Afghanistan in the middle overs, and had Shahzad dropped on 60, the slow left armer was unlucky to end wicketless with his six overs going for just 16 runs.

Brad Wheal picked up 2 for 31 from his 8 overs with none of the Afghan batsman apart from Shahzad able to assert themselves in difficult conditions.

Set 211 for victory Scotland's chase fell flat as they were unable to build partnerships and Craig Wallace's 33 finished as the highest Scottish score of the day.

Dawlat Zadran started the rot when he removed Kyle Coetzer with the second ball of the innings and there was a steady flow of wickets which saw Scotland bowled out inside of 28 overs.

Wallace showed a lot of aggression hitting three sixes and three fours before meeting a tame end, knocking the balls back to Rashid Khan for a simple caught and bowled.

Mohammad Nabi would finish with figures of 3 for 26 to be the pick of the Afghan bowlers as Scotland were well beaten.