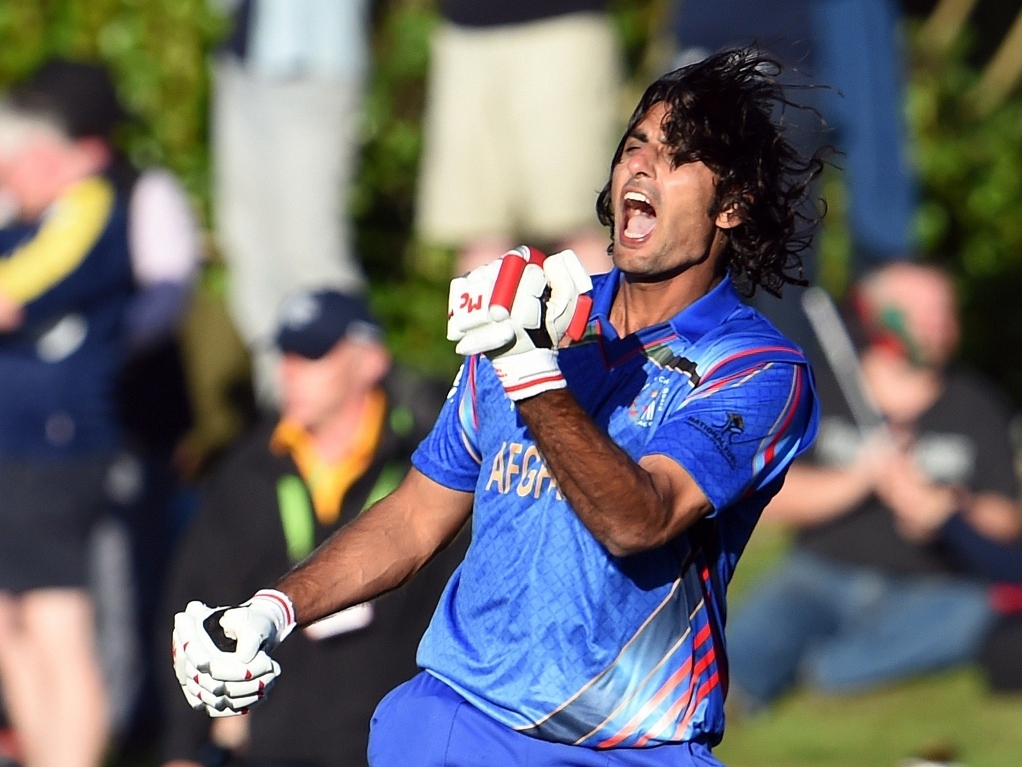 The World Cup continued to throw up thrilling results between the Associate sides as on Thursday Afghanistan beat Scotland by a single wicket at the University Oval in Dunedin.

Both sides had never won a World Cup match before, with Scotland now going 11 matches without a win, while this is Afghanistan's first time at the event. They chased down the 211 required with three balls to spare.

Afghanistan won the toss and chose to field, putting their faith in their batsmen to chase down any score. They were hoping their fast bowlers, much respected even by Test sides, would keep the target to a minimum.

Scotland's pre-tournament golden boy, Calum MacLeod, continued to struggle as he was out for a duck in the second over to Dawlat Zadran. The paceman also removed Kyle Coetzer, who had made 25.

Hamid Hassan accounted for Hamish Gardiner for five, leaving Scotland on 40 for three, and requiring Matt Machan and the middle order to rescue the innings. Machan made 31 before being bowled by Mohammad Nabi.

Preston Mommsen and Richie Berrington both got set and reached the 20s, but were sent packing by Gulbadin Naib and Dawlat respectively. Shapoor Zadran then removed Matt Cross and Josh Davey in quick succession.

The Scots reached the 200-plus mark thanks to a 31 form Majid Haq and a 28 from Alasdair Evans, but both were also removed by Shapoor, who would later prove decisive with the bat as well.

With a challenging target, Afghanistan got off to a flying start as Javed Ahmadi smashed a half century at a run a ball. They did lose Nawroz Mangal and Asghar Stanikzai for single figures though.

Javed made 51 before being removed by Richie Berrington, and suddenly a massive collapse followed. The Afghans lost five wickets for 12 runs, and all seemed lost, before Samiullah Shenwari arrived to the middle.

The veteran batsmen then went about winning the game all on his own, scoring 96 across 147 balls, the longest innings by an Afgan batsman in ODIs. He hit five sixes and seven fours, making sure they got close to the line.

He was out in the 47th over, with 19 more runs still to get, trying to get a fourth six in a row. When he departed, it left Shapoor and Hassan to do the job, two batsmen not known for their prowess with the willow.

But Scotland's poor fielding helped them out as they scrambled single after single, and then the win came thanks to another fielding error the ball prior. Shapoor tried to set off for a single, but Machan missed the easy run out, and a ball later the paceman edged it for four to secure the game.