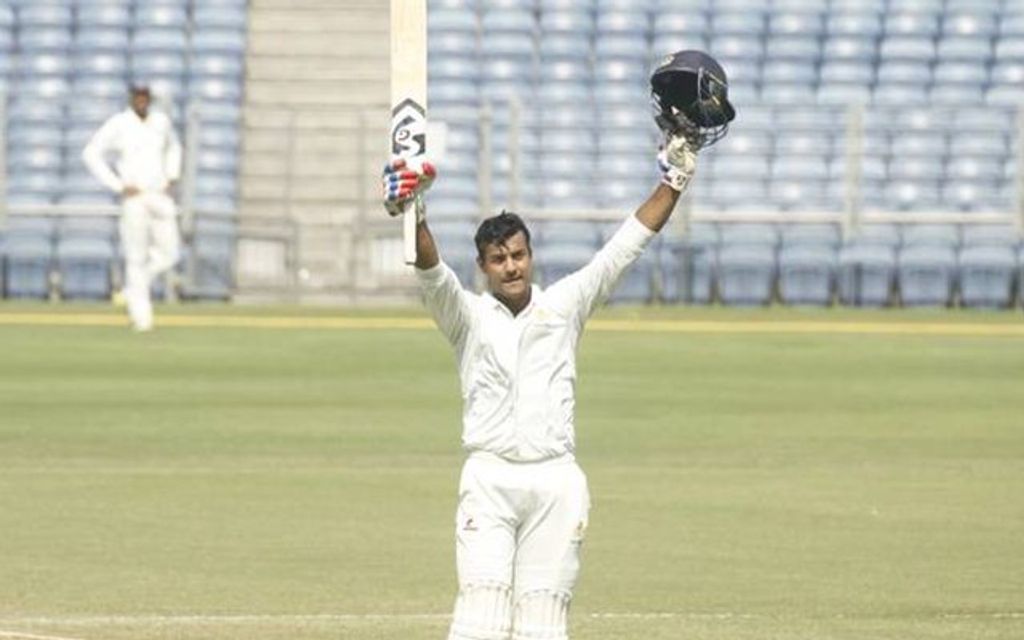 A spectacular and unbeaten double century by Mayank Agarwal and a hundred from Prithvi Shaw powered India A into the lead on a dominant second day of the first unofficial Test against South Africa A in Bengaluru on Sunday.

The home side ended the day’s action with a 165-run lead as they took charge of the contest.

The pair shone as they recorded a 277-run opening stand in reply to the visitors’ 246-run total.

Shaw played the more measured innings between the two, bringing up his seventh first-class hundred before his dismissal in the 59th over on 136 (196 balls, 20 fours).

Twenty-seven-year-old Agarwal (220*) at the other end produced a brilliant batting display, smashing 31 boundaries and four sixes on his way to his double-ton landmark.

Following Day One’s Rudi Second (94) led fight back, the tourists came into the second day on 246/8 with Malusi Siboto (13*) and Beuran Hendricks at the crease.

With the Indian batsmen on top form, it proved to be a difficult day for captain Khaya Zondo and his bowlers in the field.

Dane Piedt (1/56) and Duanne Olivier (1/69) provided the only breakthroughs, accounting for Shaw and Ravikumar Samarth (37).

India A reached stumps on a hefty 411/2 after 87 overs, with Agarwal and captain, Shreyas Iyer (9*) at the crease.