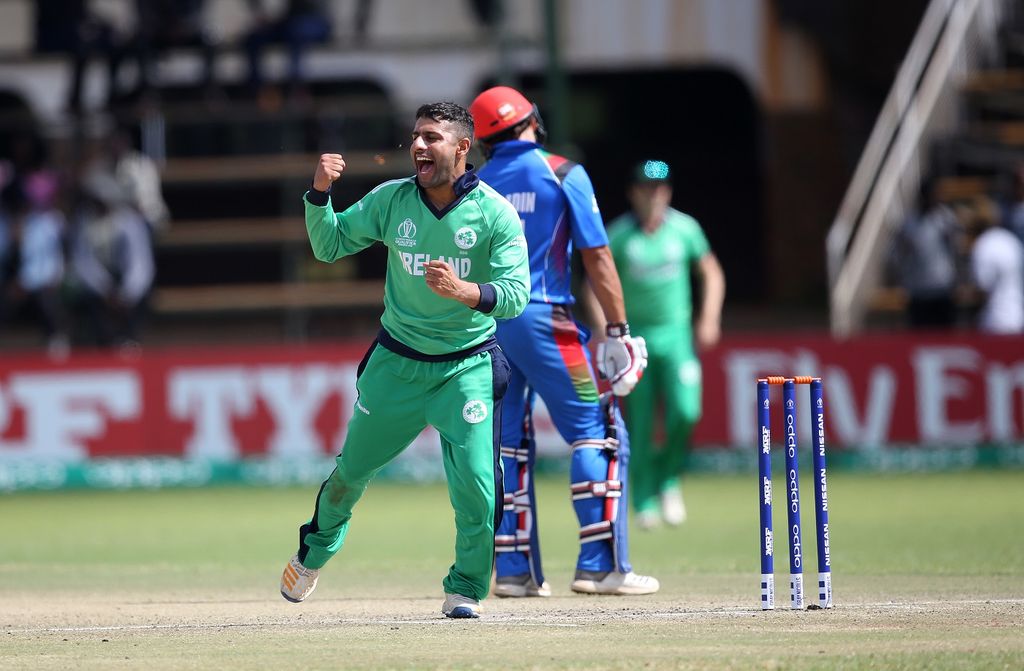 A classy display from all-rounder Simi Singh carried Ireland to a relatively tight three-wicket win over Afghanistan, in Wednesday’s second ODI at the Civil Service Cricket Club in Stormont, Belfast.

Singh followed an economical spell of one for 17 in six overs with a cool, calm and collected 36 not out, as the hosts levelled the three-match series one-all.

Captain Asghar Afghan’s decision to bat first resulted in a final total of 182 for nine, which would have significantly worse had the lower order not dug deep.

Afghanistan, indeed, fell to a precarious 16 for four before the skipper and the talented Najibullah Zadran not weighed in with an important 39 and 42, respectively.

Seamer Tim Murtagh was, statistically, the best of the Irish bowlers. His telling figures of four for 30 spoke volumes of an innate ability to exploit challenging conditions.

The home side’s pursuit was initially hampered by the early departure of captain William Porterfield for a duck.

Brothers Niall and Kevin O’Brien failed to be the collective backbone of the middle order and, on 163 for six, the Irish were admittedly in a spot of bother.

The Punjab-born Singh, though, delivered on cue – and struck one four and a six during a calculated 58-ball vigil. The experienced Andy Balbirnie had earlier scored a commanding 60.

Leg-spinner Rashid Khan posed a major threat throughout, but ultimately couldn’t do more than complete tidy figures of three for 37 in an entertaining 10-over allotment. Fellow slow bowler Mohammad Nabi struck twice.

The third and final ODI will be played at the same venue on Friday.