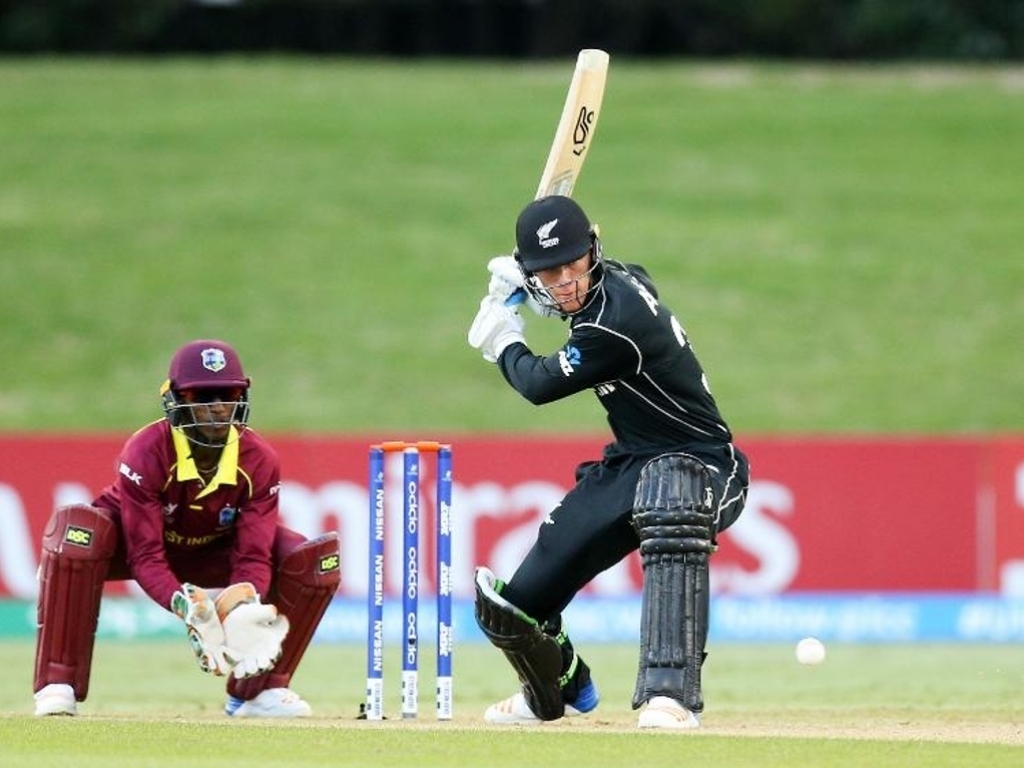 A century from Finn Allen helped power New Zealand to a huge win over defending champions the West Indies in their first U19WC match.

In the end, it was all too comfortable for New Zealand. The hosts sauntered to an eight-wicket victory, riding happily on the back of the 163-run stand between Allen and Jakob Bhula.

En route, Allen recorded the first century of the 2018 ICC Under 19 Cricket World Cup, while Bhula fell short, ending at 83. Their knocks helped New Zealand post 234/2 in 39.3 overs after their bowlers had restricted the defending champions to 233/8 despite their flying start at the Bay Oval in Mount Maunganui on Saturday (13 January).

In their chase, New Zealand lost Rachin Ravindra, who had earlier excelled with the ball, for just a 26-ball 16, but that was about the only thing that went right for West Indies in the second innings.

There was a minor rain-forced delay thereafter that, perhaps, helped New Zealand recalibrate their plans. On resumption, Allen went about displaying a brand of batting that was, at times, more suited to T20Is. The half-century stand was brought up via a six off Allen, and he then completed his own fifty as well, off just 43 deliveries.

West Indies didn’t help themselves either – Allen found more height than distance with one of his slogs, and Ronaldo Alimohammed somehow made a mess of it. It also happened to be a no-ball, much to Alimohammed’s relief. There were no more mistakes from New Zealand. Allen and Bhula entered the sixties and the seventies, but Allen left his partner behind and raced into the nineties. He passed his previous high score of 97, and the century was completed off 92 balls – the first of the tournament on the opening day.

It was then a question of whether he would spare runs so that Bhula, in the 80s by this point, could claim his own ton – unfortunately for Bhula, he was dismissed soon after, chipping one back to Alick Athanze. Allen went about completing the chase, with a six off Nyeem Young and a four off Ashmead Nedd to bring up the target with 63 balls to spare.

Earlier, however, the Kiwi captain Kaylum Boshier might have been regretting his decision to bowl as openers Keagan Simmons and Kimani Melius sauntered to 123 without loss. The latter, although reprieved by a missed run out, looked untroubled in reaching 78, even striking the tournament’s first six, smoked gloriously off the front foot over extra cover, before adding another three maximums.

But once he was dismissed, mistiming a slog-sweep to mid-wicket off Rachin Ravindra, West Indies encountered a slide of 4-27 – No.3 Bhaskar Yadram fell on 11, before vice-captain and captain Kirstan Kallicharan and Emmanuel Stewart added just three between them.

In this context, Athanze’s 26 was quietly crucial, steadying the ship, surviving a narrow stumping chance, and adding 49 for the fifth wicket with the ever-present Simmons. The last five overs saw three wickets fall and 34 runs scored as West Indies tried, with partial success, to inject some late impetus. Simmons batted through the innings for an unbeaten 92 in the face of some excellent bowling and dismissals at the other end. His knock came at a strike-rate of less than 70, a valiant attempt which was ultimately in vain.

By the end of the innings, Ravindra, little more than a part-timer, claimed 3-30 with his off-spin. The numerous twirlers in West Indies’ ranks tried desperately to return similar figures, but it wasn’t to be. Not against Allen, not today.