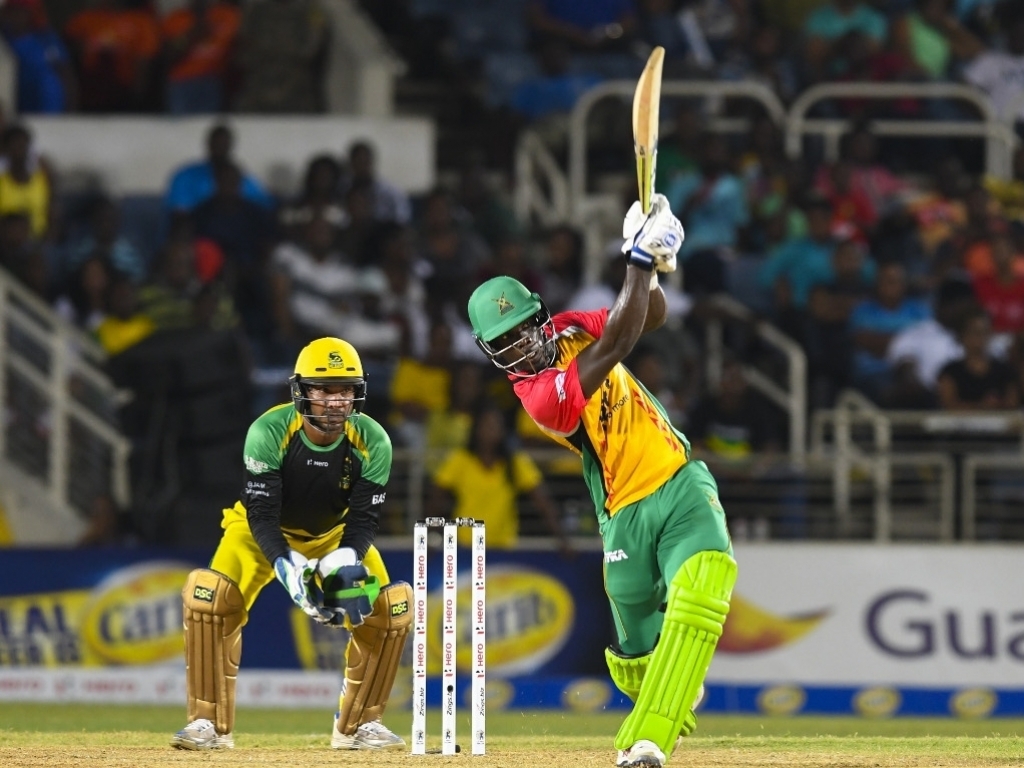 An astonishing run-chase by Guyana Amazon Warriors made a mockery of Jamaica Tallawahs total of 149 in match 28 of the 2017 Caribbean Premier League.

Chadwick Walton’s unbeaten 84 propelled the Amazon Warriors to the total with 57 balls to spare.

Walton was in no mood to hang around in pursuit of a total which although below-par seemed it might trouble the visitors on a tacky pitch at Sabina Park. A superb display of ball-striking ensured that was certainly not the case.

The Amazon Warriors innings begun in the manner in which it continued. Oshane Thomas started with two no balls, the second of which was hit for six and the ensuing free hit was hit for six too, meaning 14 runs came from the first legal delivery. Thomas recovered to dismiss Sohail Tanvir by the end of the first over but that was the last moment of joy for the Tallawahs in a staggering innings.

Walton clinically punished fractional errors in length from the Tallawahs, striking boundaries on both sides of the ground. After hitting boundaries off Kesrick Williams he celebrated by mimicking Williams’ trademark notebook celebration. With a little help from some lusty blows from Luke Ronchi, Walton and the Amazon Warriors set a new record for the highest Powerplay in CPL history of 88 for 1 despite only eight runs coming from the fifth over, bowled by Mahmudullah.

The field dropping back did not stop Walton. He was given a reprieve when on 48—Rovman Powell and Mahmudullah colliding to drop a high catch—but he continued furiously on. As the runs continued to flow the Tallawahs discipline abandoned them: Williams at one point bowled three consecutive no balls.

There was just time for Ronchi to reach his fifty before the Amazon Warriors sealed victory with a scarcely believable 57 balls to spare.

After the Tallawahs elected to bat first their innings got off to a slow start and cost them both opening batsmen. First Glenn Phillips missed a sweep shot off Veerasammy Permaul and was bowled and then Lendl Simmons was caught at mid-wicket off a leading edge, duped by a Rayad Emrit slower ball. The Tallawahs Powerplay score of 30 for 2 was their lowest of the season so far.

It was not until the eighth over of the innings that the Tallawahs really got going, when Andre McCarthy put away two short balls from Permaul for six and then four. McCarthy took a four and a six off each of the two overs after that, from Steven Jacobs and Rashid Khan, dispatching boundaries off the front and back foot.

After the drinks break Kumar Sangakkara hit his first boundary off his 19th ball moments before McCarthy was caught off a top-edged pull off Roshon Primus for 44 off 35 balls, ending a sprightly partnership. Two overs and one more boundary later Sangakkara was gone too – caught playing a lap sweep for the third dismissal in a row off the bowling of Emrit for 38. His dismissal left the Tallawahs 120 for 4 with four overs remaining leaving Rovman Powell and Mahmudullah the responsibility of capitalising on McCarthy and Sangakkara’s work.

Neither man was able to do this with both of them being dismissed by Sohail Tanvir in the penultimate over without causing any notable damage. A four for Jonathan Foo and a six for Krishmar Santokie took 14 from the last over, lifting the Tallawahs to 149 for 7 – the average first innings score at Sabina Park. Of the Amazon Warriors bowlers only Jacobs had an economy rate higher than 7.25 – restricting the Tallawahs was a team effort. Khan, despite not taking a wicket, was arguably the pick of the bowlers with 0 for 25 from his four overs.