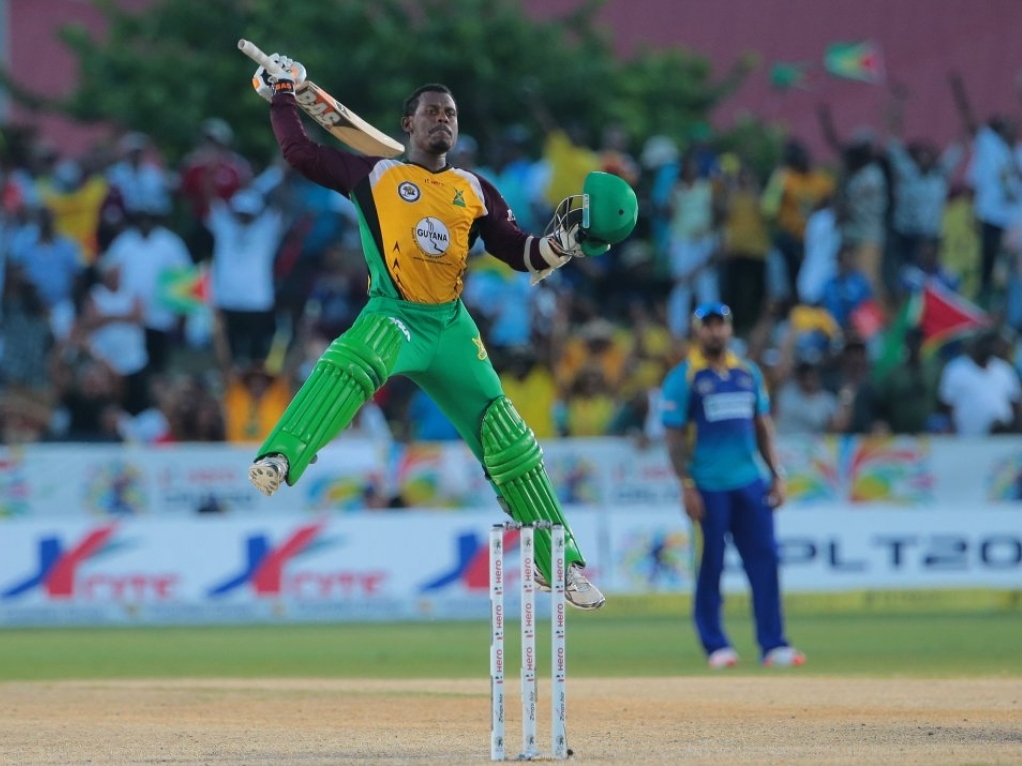 The Guyana Amazon Warriors claimed a six-wicket victory in the Caribbean Premier League against the Barbados Tridents at the Central Broward Stadium in Lauderhill, Florida on Saturday.

Fine half centuries from Chris Lynn and Jason Mohammed proved to be decisive as the Tridents were left to rue a disappointing batting display. The win meant the Warriors overtook the Tallawahs at the top of the table while simultaneously ending the Tridents’ hopes for qualification.

The Tridents elected to bat and got off to a steady start, reaching 38 at the end of the PowerPlay for the loss of Ahmed Shehzad for 6, caught by Jacobs off the bowling of Dwayne Smith.

At the other end Steven Taylor showed increasing intent, striking seven boundaries before he fell for 37 to a Lynn catch. Local boy Taylor had looked in good touch, scoring his runs off just 21 balls before he became Adam Zampa’s fourteenth wicket in what has been so far an outstanding Hero CPL 2016 for the talented Australian leggie.

The fall of Taylor stalled any momentum, however, and when the Tridents reached the 10-over drinks interval having posted only 60, the Warriors could be confident of restricting their opponents to a low total.

The Tridents’ hopes, meanwhile, rested on the shoulders of Shoaib Malik and captain Kieron Pollard, who had promoted himself up the order to try to increase the scoring rate.

Both batsmen were finding it difficult to get the ball away in the face of tight Warriors bowling, however, and boundaries continued to be in short supply as the overall run rate hovered at around a run a ball.

Gradually, though, Pollard began to find his touch, taking two fours off Zampa’s third over before swivelling to hit a six as part of a Chris Barnwell over that went for 17. Malik gradually began to score with more freedom, too, as the pair put on 81 for the second wicket.

However, both batsmen fell within two balls of each other to put the Tridents back into difficulty. First Malik holed out to Lynn off a Rayad Emrit slower ball for 35 before the Warriors claimed the big wicket of Pollard, caught by Jason Mohammad at deep square leg to give Sohail Tanvir his seventeenth CPL wicket of 2016.

The Tridents skipper had scored 47 off 36 balls, the dismissal leaving his team on 131-4 before some late hitting, aided by two dropped catches in the final few deliveries, finally got the Tridents up to 158-6, a score which had perhaps looked unlikely earlier in the innings.

The Tridents needed a strong bowling performance to keep their qualification hopes alive, and they got off to the best possible start as Raymon Reifer bowled Dwayne Smith with a first-ball inswinger to shatter his off and middle stumps. It was a beautiful delivery, inducing Smith to play outside the line of the ball as it nipped back in between bat and pad, and the Tridents’ tails were up.

New batsman Lynn quickly settled, however, striking four boundaries in the first two overs together with the first six of the innings as he overtook Hashim Amla at the top of the CPL 2016 Leading Run Scorer table.

With 27 runs coming from the first two overs, Pollard called on his spin bowlers in an attempt to slow the scoring. Both Akeal Hosein and Imran Khan started well, with the latter unfortunate not to pick up a wicket in his first over as Pooran missed an opportunity to stump Nick Maddinson as the New South Welshman looked to advance down the wicket.

Khan was to gain revenge in his second, however, as Maddinson holed out to Ahmed Shehzad, leaving the Warriors on 44-2 at the end of the PowerPlay.

After his explosive start Lynn had settled into a steadier rhythm and was content to work the ball around the field for singles as pace off the ball proved to be the best tactic for the bowling side, Khan finishing with 1-16 off his four overs.

The Tridents desperately needed wickets, however, and when Lynn began to attack again, hitting two sixes off David Weise’s first over, the game began to slip away.

The thirteenth over proved to be significant with 20 runs coming from it, Lynn swiping a boundary to reach a 37 ball fifty before Mohammed struck two huge sixes to bring up the fifty partnership.

The wicket of Lynn, caught by Pollard at long-off from the bowling of Reifer for 57 (44) – quickly followed by that of Anthony Bramble, plumb to a Pollard slower ball – gave the embattled Tridents a glimmer of hope, but with wickets in hand the Warriors were always in the driving seat.

Consecutive sixes from Chris Barnwell and Mohammed calmed any nerves in the Warriors dugout, the latter reaching a fine half century thanks to another six in the penultimate over before winning the match in some style with another as the target was reached with three balls to spare, Mohammed finishing with a fine 57 off 41 deliveries.

The Warriors take their place at the top of the table, at least until Sunday, but for the Tridents the tournament is over for another year.