Home News Amla and Ontong ton up but Knights in charge

Amla and Ontong ton up but Knights in charge 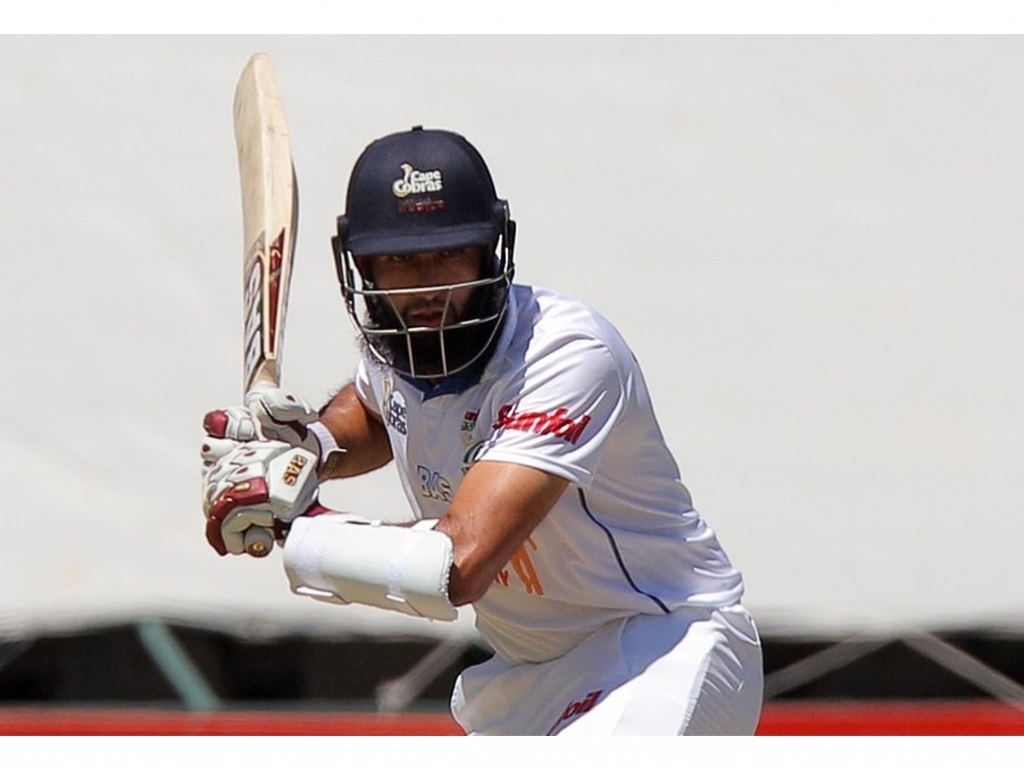 Rudi Second, Werner Coetsee, Hashim Amla and Justin Ontong all scored unbeaten centuries on day three of the Sunfoil Series clash between the Knights and the Cape Cobras at the Mangaung Oval in Bloemfontein where the hosts closed in a strong position on Thursday.

This after Coetsee and Second had earlier joined team-mates Theunis de Bruyn (195) and Keegan Petersen (141) with three figure scores of their own, making it the first time in the history of franchise cricket that four players on one side had hit tons in the same innings.

However, it was the fourth instance that this had happened in South African cricket.

The declaration then followed on a massive 623 for four, the second highest team total overall and biggest for the Knights in franchise history.

The Cobras, who made a paltry 159 in the first innings, needed some inspiration to get going in what is the first match of the season and it came through veteran duo Amla and Ontong after they added a Cobras record 246 for the fourth wicket that was still going with a day to go.

It was the 48th time Amla scored a hundred in his career and the 26th time for Ontong. Both will need to bat on to give their side a chance of salvaging something from the opening game of the season.