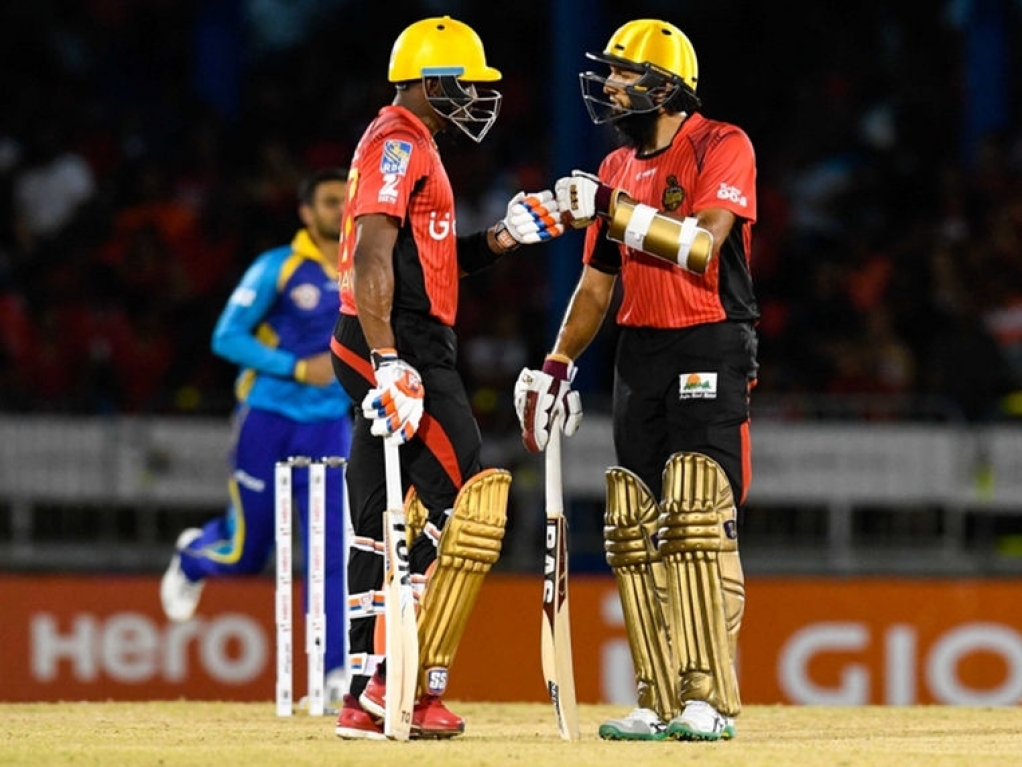 Hashim Amla and Dwayne Bravo shared in a world record fifth partnership in T20 as the Trinbago Knight Riders beat the  Barbados Tridents to registered their first victory of the Caribbean Premier League season.

The Tridents won the toss and elected to field and the decision seemed justified as they reduced the Knight Riders to 20 for four inside five overs.

Amla and Bravo though showed their star quality as they batted throughout the rest of the innings, putting on exactly 150 as both men scored half centuries.

South Africa international Amla hit a splendid 81 off 54 balls, before he was out off the final ball of the innings, while Bravo struck 66 not out from 46 balls as the Knight Riders totaled 170 for five after 20 overs.

Opening batsman Steven Taylor (37) gave the Tridents a solid start in pursuit of the target but it was their much-vaunted middle-order that let them down.

The experienced trio of Shoaib Malik (28), AB de Villiers (12) and Kieron Pollard (0) were kept in check by some disciplined bowling as the Tridents could only muster 159 for eight.

Sunil Narine again starred with the ball for team from Trinidad with figures of two for 21 from four overs as the Knight Riders won by 11 runs.