Amla doubles up as South Africa pile on the runs 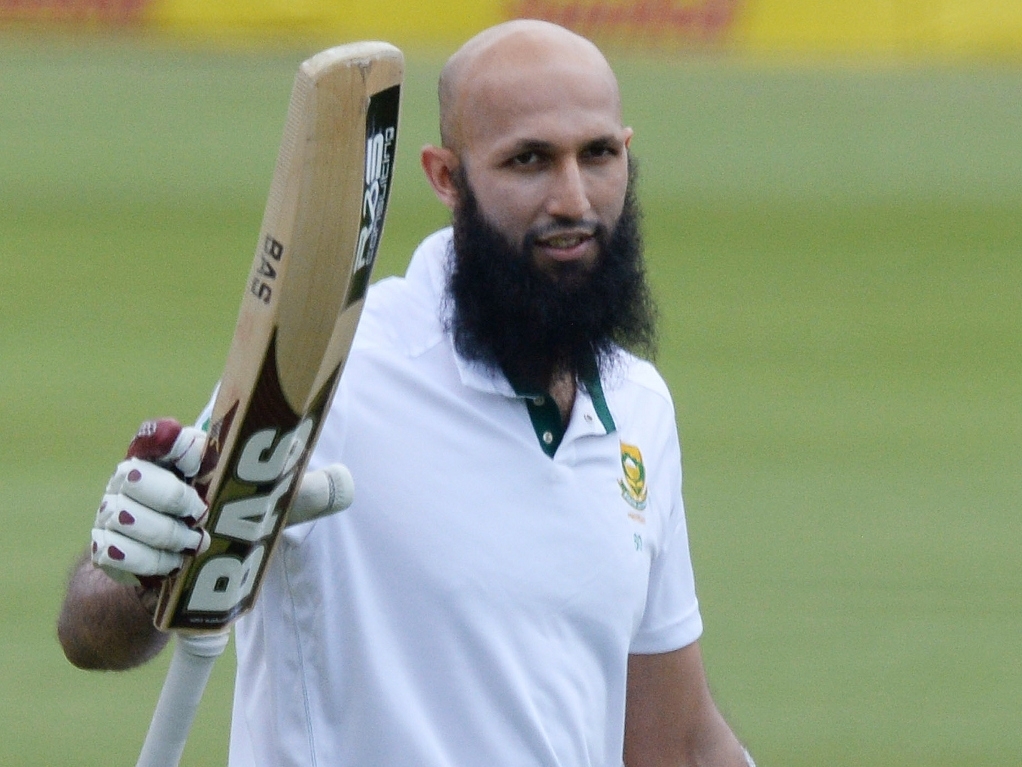 South African captain Hashim Amla (208) went about notching up his third Test double hundred in much the same way most people go about taking a stroll on the beach.

He declared on 552 for five not long after being caught on the boundary when trying to hit his first six of the innings, but not until after debutant Stiaan van Zyl (101 not out) became the first South African to make a century on debut on home soil.

The Proteas were to have 40 overs at the weary visitors on day two but the plan was foiled by an opening of the heavens that saw play abandoned without another ball being bowled. Play will start 30 minutes early at 10am for every remaining day in an attempt to make up for lost time.

If Amla looked like he was having a stroll on the beach, the West Indies looked like they would rather be on some white sand by the Caribbean sea. It would probably be more accurate to describe their body language as indifferent rather than despondent.

One goes through a lot of emotions when fielding during a 308-run partnership and when Sulieman Benn finally had AB de Villiers (152) caught at point it gave a little relief but hardly buoyed the West Indians' spirits. The only thing that will do that in this match would be the scoring of lots of runs. Captain Dinesh Ramdin wanted to forget the innings in such a hurry that they didn't even bother sending anyone to the most-match press conference for a post mortem.

The third day is often the best for batting at Centurion and Amla noted after play that although there are rewards for putting the ball in the right areas, the wicket is good for batting and flattened out significantly on day two.

Benn (2-148) delivered the ball from three metres above the ground and did something of a restraining job on an imperious de Villiers. The Windies' best bowler Kemar Roach's foot / ankle injury sustained on the first day meant that he did not take the field on day two but an announcement was made that no major damage has been done and he is expected to play in the second Test in Port Elizabeth on Boxing Day.

Van Zyl could not have asked for more friendly circumstances to make his debut with the bat as he came in to face a wounded attack on a good deck with his side on 365 for four, but that didn't stop him from feeling nervous and it showed as he struggled to make his first two runs from 25 deliveries.

He admitted after play that he woke up three times the night before his debut and that his gloves were soaked in sweat before he even troubled the scorers.

"Getting off the mark was like a house of bricks off my back," he conceded. "I said to myself when batting that I just need to get past 10 runs and then take it from there. They gave us enough bad balls to score off and things got much easier."

South Africa have not picked a spinner for this match but their all-out seam attack will be raring to go on a surface that has enough grass to offer some grip and might just sweat a little under the covers overnight.

Of course the West Indies are expected to struggle against the likes of Steyn, Morkel, Abbot and Philander and many in the press box are already talking about whether or not a follow-on would be enforced and where to braai on Sunday (day five) but if the sun shines and they don't lose wickets early then there is no reason they can't make the home side get some arduous fielding practice themselves.

Even the most ardent of South African supporters will hope that there is some fight in the dog yet.