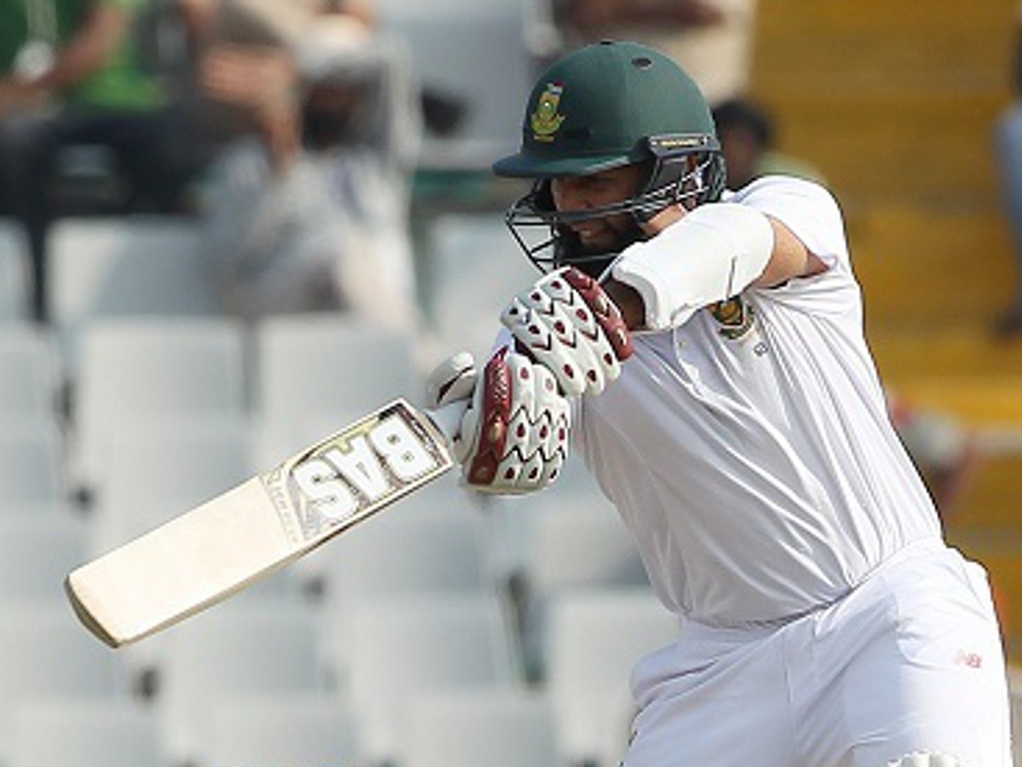 Day three of the second Test between South Africa and England in Cape Town belonged to the Proteas, thanks to a long-awaited century from skipper Hashim Amla that saw them to 353 for three.

The Proteas may not have batted at Ben Stokes pace, but they only lost one wicket as Amla made 157 not out, AB de Villiers added 88, and Faf du Plessis made 51 not out. SA need 76 more runs to avoid the follow on.

After England made 629/6 declared on day two, all the pressure was on the hosts and they needed their senior batsmen to step up, as they'd failed to do so in India and in the first Test of this series.

The day began with SA on 141 for two, with Amla and De Villiers well set. They never looked like attacking like England had, but did play the bad balls to the boundaries as they ticked along at three to the over.

England did not help themselves much as they dropped Amla twice, both not overly tough chances, while De Villiers was dropped once. But his luck ran out in the afternoon, when James Anderson took the catch at mid wicket.

De Villers recorded his 8000th Test run during the innings, the third South African to reach that mark. The others are Jacques Kallis and Graeme Smith.

Amla's century was his first in more than a year, and came on the back of strong criticism about his batting and captaincy in recent weeks. But he showed his class, hitting 21 fours and recording his 24th Test ton. He also passed 7000 Test runs.

Du Plessis, who averaged less than 20 during 2015, was visibly relieved to reach a half century just before the close, and while he played some risky shots, he looked a bit more like his old, solid self.

The Proteas thus trail by 276 runs, and with the weather closing in a few days earlier than expected, they could be helped to a draw over the next two days if England continue to find swing lacking.