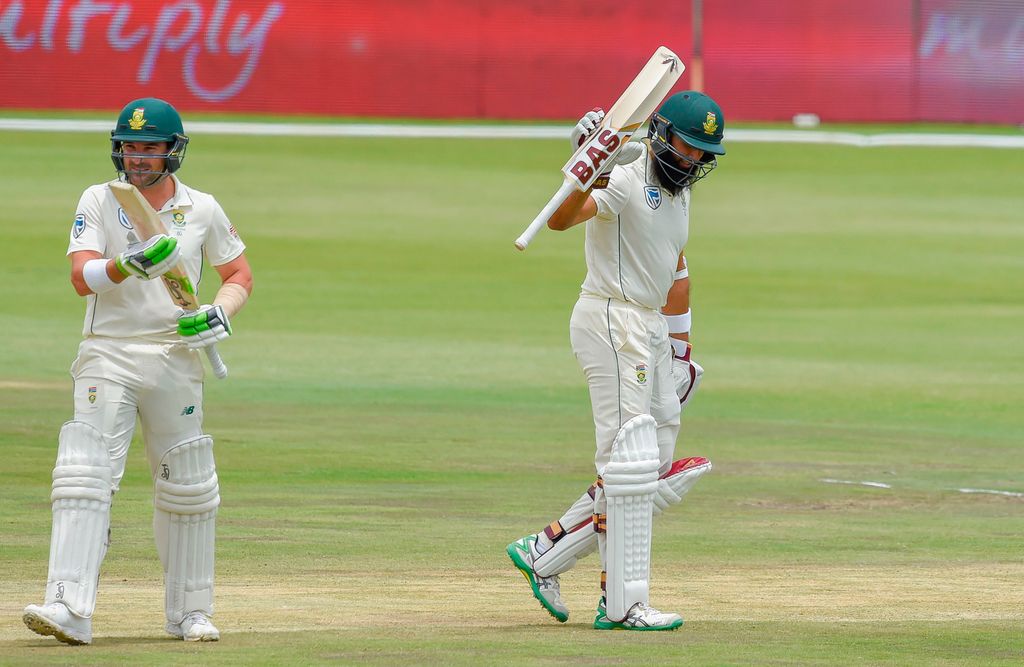 Hashim Amla and Dean Elgar scored half-centuries and shared the only century partnership of the match to set the Proteas up for a six-wicket victory over Pakistan in the opening Test in Centurion on Friday.

Although the Proteas lost a few wickets at the end the deal was virtually done by the time opening batsman Elgar (50) was dismissed after making his 13th Test half-century.

He and Amla shared a partnership of 119 in 42 overs after Aiden Markram had been dismissed without a run on the board with Amla finishing unbeaten on 63.

In the process he completed 1 000 Test match runs against Pakistan at an average in excess of 52.

It was home side’s 13 Test match victory in 24 outings against Pakistan.

The match was effectively won in the final session on day two when the Proteas seized the moment to take 9 Pakistan wickets for 90 runs.

As well as the visitors being bowled on the third day they were simply left with too small a total to defend.

Proteas seamer Duanne Olivier was named man of the match for his career best match figures of 11/96.

The hosts now have 1-0 in the three-match series with the second Test starting at Newlands on 3 January and the final one at the Wanderers on 11 January.