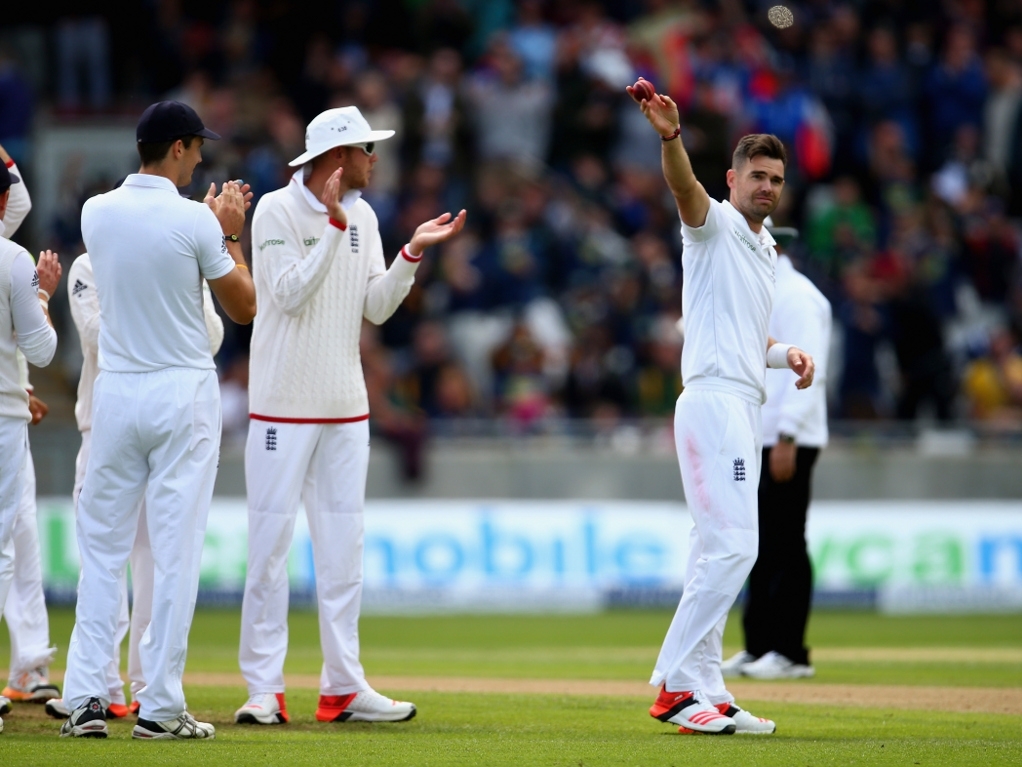 James Anderson took six wickets as England's bowlers dismantled the Australia batting line-up on the first day of the third Ashes Test at Edgbaston on Wednesday.

The home team bowled the tourists out for just 136 and then were 133 for three at stumps on a gloomy day in Birmingham.

Anderson got Australia opener David Warner early in the piece, trapping the left-hander lbw for two in third over of the game after Aussie captain Michael Clarke won the toss and chose to bat.

Fast bowler Steven Finn, who was playing in his first Test in two years, then got rid Steve Smith and Clarke as the visitors stumbled to lunch on 38 for three due to rain.

Adam Voges and Chris Rogers put on 43 for the fourth wicket before the innings descended into chaos from an Australia point of view.

They lost Voges, Mitchell Marsh, Peter Nevill and Mitchell Johnson very quickly, all to Anderson who found just enough seam movement to trouble all the batsmen.

Even though Rogers was standing firm at the other end, and went to a gritty fifty, he to perished lbw to Stuart Broad for 52. Anderson then came back to wrap up the innings as he bowled Nathan Lyon to end with figures of six for 47 in 14.4 overs.

England again lost opener Adam Lyth (10) early but Ian Bell, who was promoted to number three, scored a fluent 53 before he became spinner Lyon's second wicket just before the close.

Lyon had earlier dismissed England skipper Alastair Cook, for 34, but the home team will still be the more happier of the sides going into day two.