Ashwin puts England in a spin at Edgbaston 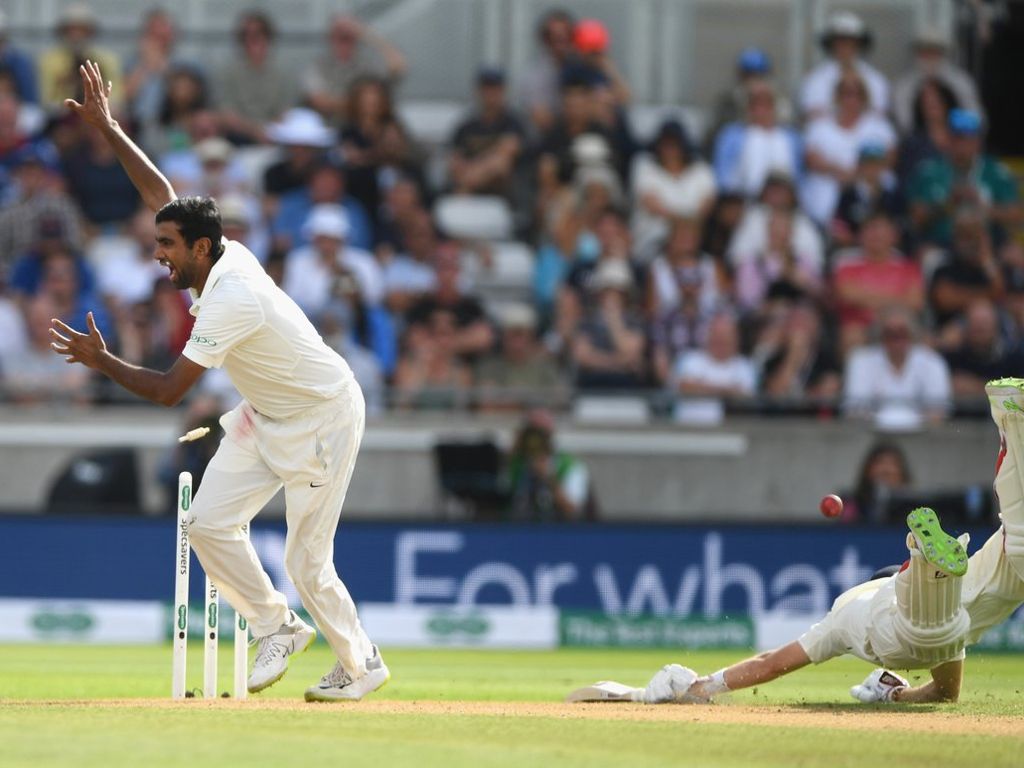 England’s top-order had a decent start to day one of the first Test against India but Ravichandran Ashwin swung the game in India’s favour after tea.

England won the toss and elected to bat first but likely would not have envisioned being 285 for 9 at stumps.

Keaton Jennings survived an early edge that flew to third slip where Virat Kohli watched Ajinkya Rahane dive in front of him to spill the catch.

Alastair Cook (13) was an early victim of spin as Ashwin got one to turn enough to beat his bat but clatter into his stumps.

Jennings and Root took England to lunch on 83 for 1, a position they would be reasonably happy with.

After lunch Root would go past 6000 Test runs and notch yet another fifty against India. The England skipper has made a fifty or more in at least one innings of every Test he has played against India to date.

Jennings (43) luck ran out after lunch when he played on via his back leg to a delivery that seamed in from Mohammed Shami. 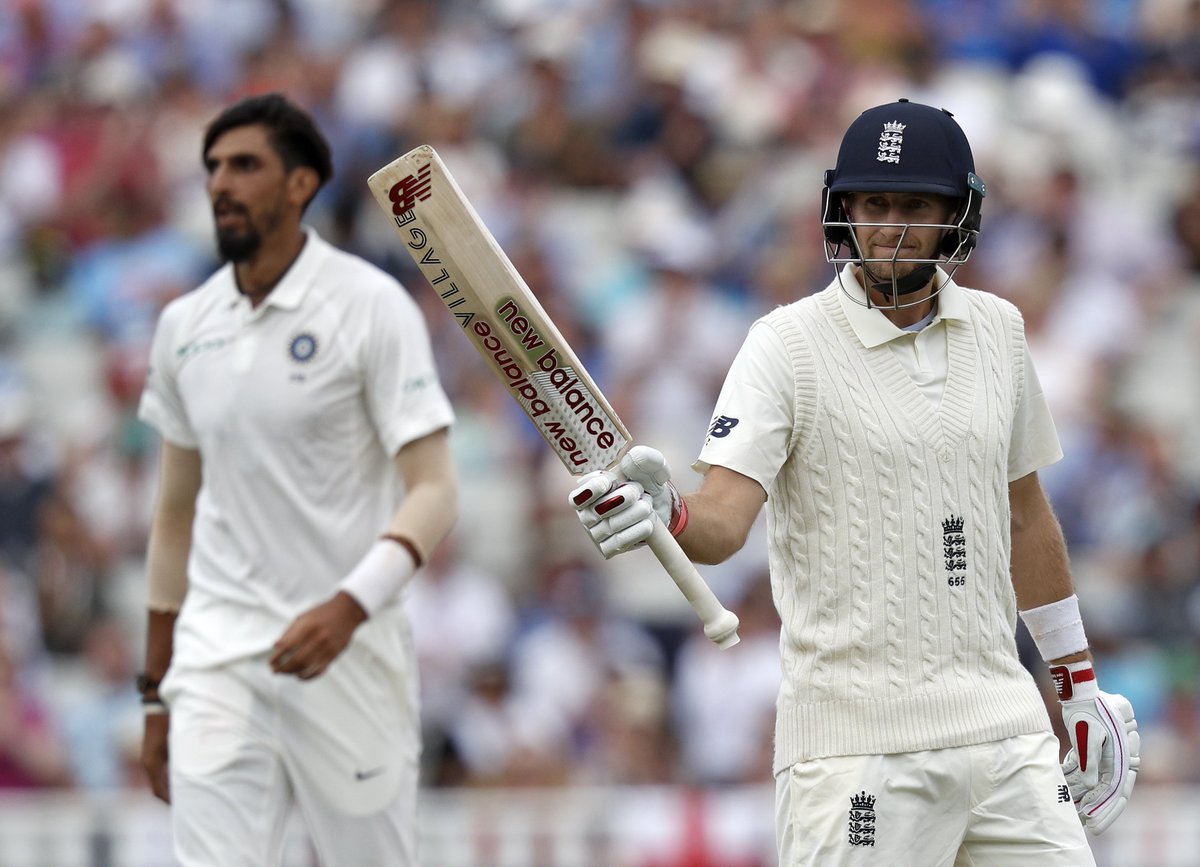 Dawid Malan (8) is on borrowed time after he failed again getting trapped leg before by Shami after just 14 balls at the crease.

Root and Bairstow guided England to tea though on 163 for 3 and a relatively stable position.

After tea though Virat Kohli’s team turned things around inspired by a moment of brilliance from the skipper.

Kohli ran Root out for 80 with a sharp turn and throw as the England skipper  looked to run two for Bairstow. Kohli enjoyed the moment, miming a mic drop.

Root’s dismissal began a collapse for England as Bairstow (70) chopped on to Umesh Yadav before Ashwin got stuck into the lower-order.

Jos Buttler (0), Ben Stokes (21) and Stuart Broad (1) all fell to the off-spinner who claimed figures of 4/60 on the day while Ishant accounted for Adil Rashid (13) who was looking in the mood to cut loose.

Sam Curran (24*) held firm but at the end of the day only had James Anderson (0*) for company.