Ashwin six-fer has Sri Lanka in a tailspin 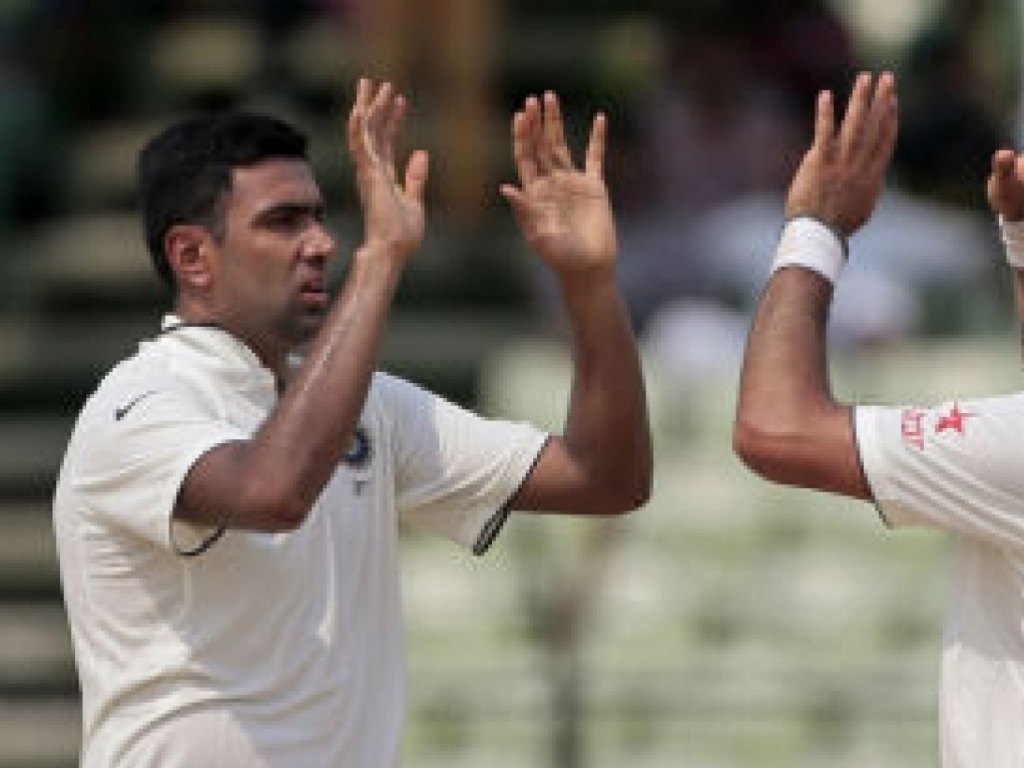 A six-wicket haul by spinner Ravi Ashwin has put India in the driving seat on day one of their first Test against Sri Lanka in Galle.

Ashwin recorded figures of six for 46 in 13.4 overs as the hosts were bundled out for 183 inside 50 overs after Sri Lanka captain Angelo Mathews won the toss and chose to bat.

India cemented their superiority early in the three-Test series when they reached stumps on 128 for the loss of two, only a deficit of 55 runs with eight wickets in hand.

The home team got off to the worst possible start when they lost both their openers, Dimuth Karunaratne and Kaushal Silva, before the end of the eighth over to slip to 15 for two. Pace bowlers Ishant Sharma and Varun Aaron accounted for the wickets.

That was the time that Ashwin came into his own as he got rid of Kumar Sangakkara (5), Lahiru Thirimanne (13) and Jehan Mubarak (0) to leave the Sri Lankans struggling at 60 for five.

Mathews and Dinesh Chandimal put a stand of 79 to arrest the slide, with both making important half centuries. However Ashwin was the man to get the breakthrough when got rid of Mathews for 64.

The tail could not support Chandimal and he himself fell for 59 trying to take the bowlers on as India walked off for tea all smiles.

India will be happy with the start of their batting effort even though they lost opener Lokesh Rahul (7) and Rohit Sharma (9). Shikhar Dhawan is unbeaten on 53 overnight while skipper Virat Kohli is 45 not out.

The two have already put on 100 for the fourth wicket and will be looking to go big on day two.