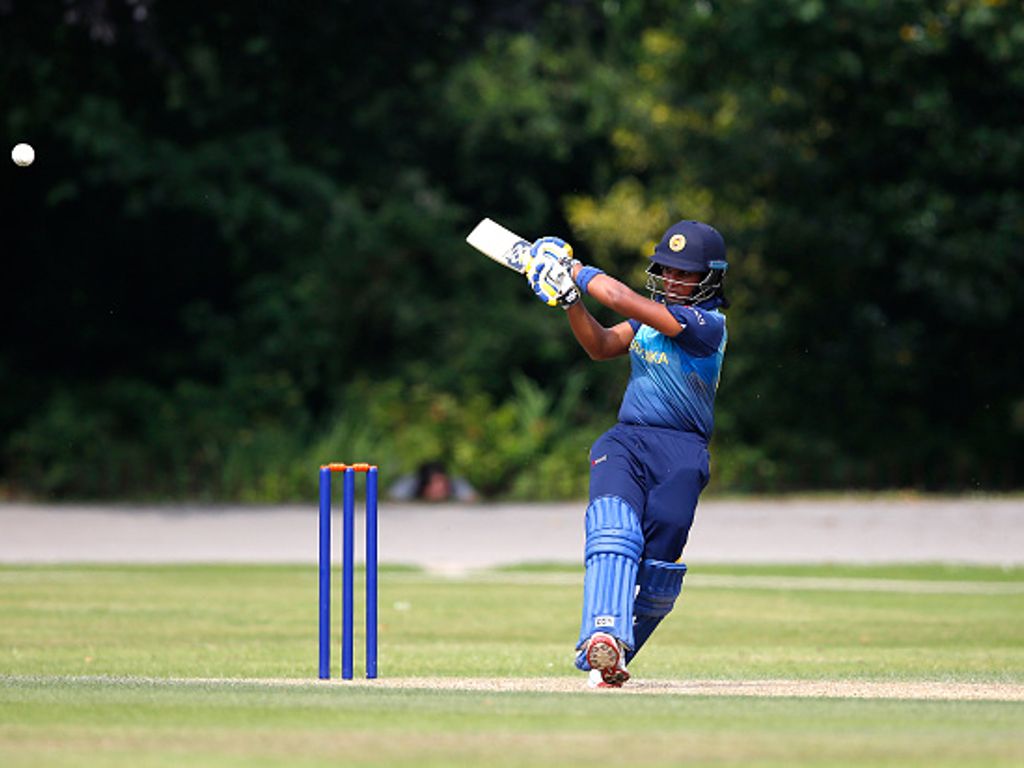 Chamari Atapattu’s hundred and a cameo from Kavisha Dilhari in the dying moments of the match helped Sri Lanka Women edge out India Women by three wickets off the penultimate ball of the third ODI at Katunayake.

Atapattu’s 115 and her opening partner Hasini Perera’s 45 provided a solid platform for the Sri Lankan middle order to chase down India’s 253/5.

Even as India struck back towards the latter half of the innings, Sri Lanka’s lower order held their nerve and took them to a thrilling win.

With twenty runs needed off the last three overs and Atapattu back in the hut, Dilhari was batting alongside Dilani Manodra. Sri Lanka decided to do it in singles and doubles but the Indians were sharp in the field and ran out Manodara, leaving Sri Lanka with 13 to get off the last two overs. 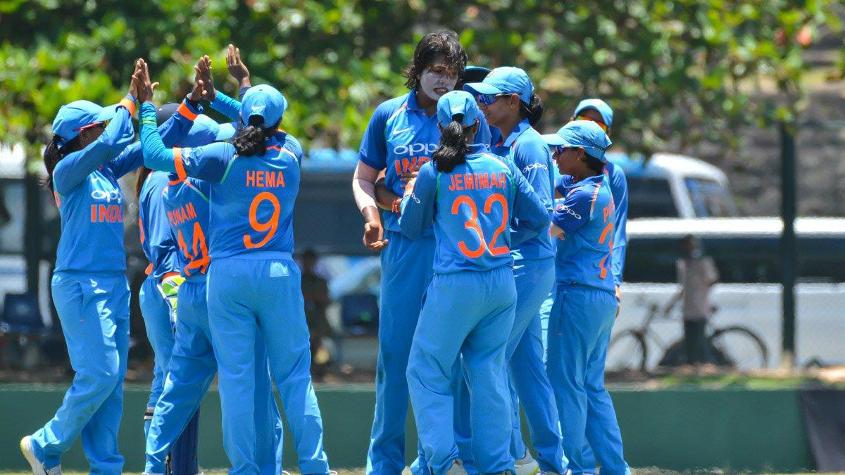 Then Dilhari played an outrageously courageous scoop over the wicket-keeper’s head, with 10 needed off eight balls, to bring the target down to six off the final over.

Three singles and a double off the first four balls, bowled by Deepti Sharma, meant the hosts needed one off two balls and Dilhari smashed Sharma down the ground for four to seal Sri Lanka’s highest successful ODI run chase.

The 253 India scored is a record first innings total for the team in a defeat.

Mithali Raj’s unbeaten 125 and Smriti Mandhana’s 51 helped India put up a formidable total of 253/5 on the board after being asked to bat by Sri Lanka.

Raj and Mandhana’s 102-run second-wicket stand helped India recover from 0/1, after they had lost opening bat Jemimah Rodrigues for a duck in the first over of the innings.

Mandhana brought up her half century off 58 balls before Atapattu got the better of her, dismissing her in the 23rd over.

Harmanpreet Kaur joined Raj after Mandhana’s departure and the pair would add 45 runs for the third wicket as Raj brought up her fifty off 76 balls with six boundaries.

Raj would go on to hit eight more boundaries and one six in her innings, and keep the scoreboard ticking even after Kaur’s dismissal in the 35th over for 17 and Dayalan Hemalatha’s in the over after that.

All-rounder Deepti Sharma then accompanied Raj till the end of the Indian innings and they added 92 runs for the fifth wicket before Sharma fell on the second ball of the last over. Jhulan Goswami, who walked out to face the last two balls, hit her first ball for six to take India past 250. 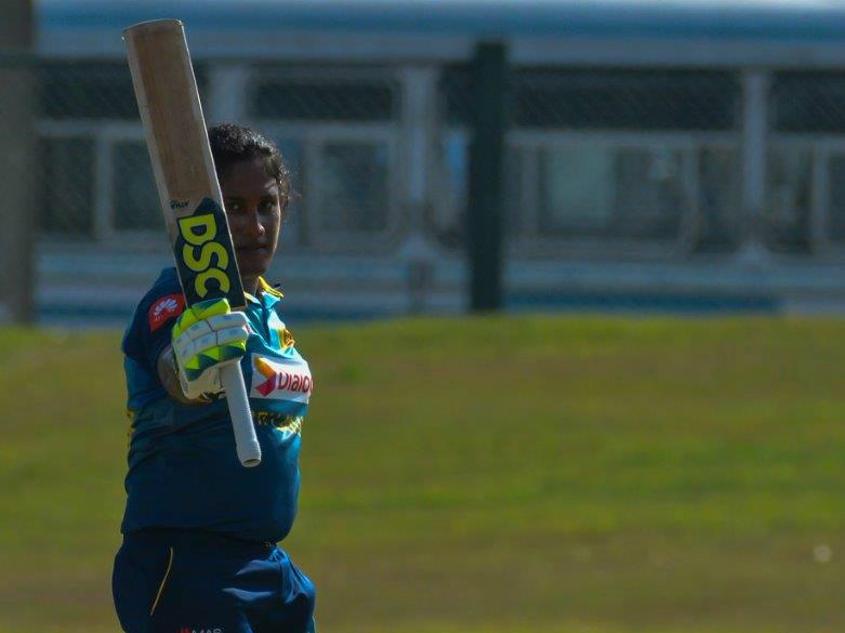 In reply, Sri Lanka got off to an excellent start, with openers Perera and Atapattu adding 101 runs and playing out 23 overs before Perera was caught by Kaur off Poonam Yadav for 45. Atapattu had already brought up her half-century off just 61 balls with seven fours and one six by then.

The wicket brought about a chance of a second, but India let it go as Atapattu, who had flicked an Ekta Bisht delivery to Raj at mid-on, was involved in a mix-up with her batting partner, Anushka Sanjeewani, but survived a run out scare because Bisht couldn’t gather Raj’s throw at the non-striker’s end.

Atapattu and Sanjeewani made full use of the spate of luck and milked the Indian bowling ever more, bringing up a 50-run stand in just 63 balls. India switched to Sharma, Mansi Joshi, Bisht, Yadav and even part-time bowler Kaur for a breakthrough, but none of those moves were successful.

Desperate for a wicket, Raj threw the ball to Goswami, India’s most experienced bowler, and Goswami responded right away, clean bowling Sanjeewani for 22 to end a 55-run stand.

But Atapattu countered in the very next over, launching Sharma for back-to-back sixes before chipping Bisht over her head for a single to bring up her fourth ODI century off 116 balls with 10 fours and four sixes.

Making the best use of the batting Powerplay, Atapattu hit Goswami for two boundaries in the 39th over, and Sri Lanka were left with 65 runs to get from the final 10 overs with their captain well set on 113.

The wicket India were after finally came in the 42nd when another part-time bowler, Hemalatha, forced Atapattu into a mistake, as the Sri Lankan lofted the off-spinner towards long-on but found Joshi in the deep. Atapattu departed after having hit 13 fours and four sixes.

One wicket brought another as Imalka Mendis was caught by Bisht at backward point off Goswami in the 43rd over, but not before Mendis and Nilakshi de Silva had taken the Sri Lankan total past 200. Joshi then got de Silva, who seemed to be teeing off with 15 off nine with one four and a six, and Shashikala Siriwardena in her next over to put India on top.

However, Dilhari’s heroics in the last three stunned the visitors and gave Sri Lanka something to cheer at the end of the series. Goswami and Joshi picked up two wickets each, while Yadav and Hemalatha returned with one wicket to their names.