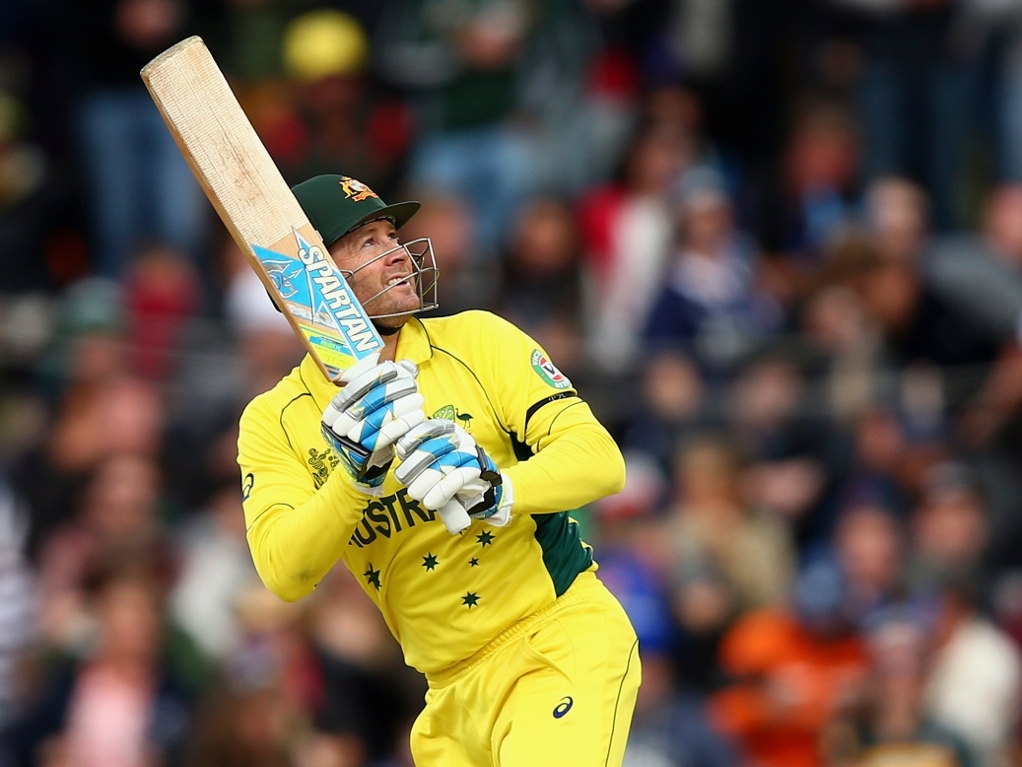 The rain in Hobart nearly scuppered Australia's quarter-final plans, as a wash-out would have seen them face South Africa in Adelaide, but Scotland provided a small target, so the Aussies won by seven wickets after a long rain break.

Australia only needed 131 to win, after Mitch Starc's four wickets saw the Scots all out for 130, but rain tried to have the last say until David Warner and James Faulkner smashed the final runs required.

The win sees the Aussies secure second place in their group, setting up a game against either Pakistan or Ireland, and avoiding a clash against the Proteas. Had the game been washed out, Sri Lanka would have claimed second place.

Australia won the toss and opted to field, knowing their pacemen could ensure a small target and a quick game, with weather overhead. Starc removed both openers, Kyle Coetzer for a duck, and later bagged Josh Davey and Iain Wardlaw.

Scotland's main resistance came from Matt Machan, who top-scored with 40, while Davey made 26 and Michael Leask 23. Pat Cummins was also in the wickets, bagging three, including Matthew Cross and Rob Taylor.

Australia's chase was stop-start, but they batted quickly enough to leave only a small remainder when the rain came down at the dinner break. Michael Clarke has smacked 47, while Shane Watson's 24 and Aaron Finch's 20 helped things along.

When the field was cleared for play, Warner and Faulkner took five minutes to score the 30-odd final runs, and they sealed the game in the 16th over. Warner's 21 not out came off just six balls.

Scotland go home without a win in this tournament, or any other World Cup, while the Aussies will be cheering for Ireland on Sunday against Pakistan, to get them in the next round.