Aussies edge ahead before collapsing 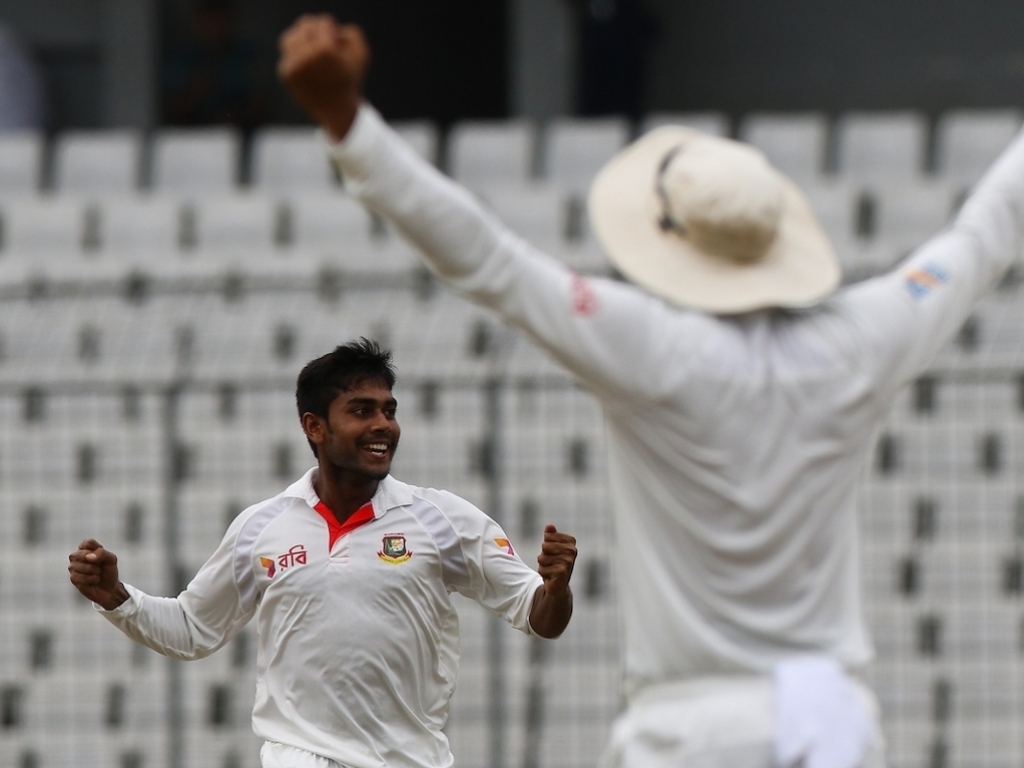 A big stand between David Warner and Peter Handscomb gave Australia the edge early on day three of the second Test against Bangladesh in Chittagong before the hosts fought back.

Rain delayed the start of play but when things did get underway Australia would add 25 runs to their overnight total before Handscomb (82) was brilliantly run out by Shakib-al-Hasan.

In an effort to get Warner to his hundred the young middle-order batsman was backing up a long way, he might have made his ground though had Shakib not hit the stumps with a rocket throw from square leg.

Warner would reach a landmark hundred, his second in consecutive innings, after his well publicized slump in Test cricket and in Asia in particular.

In the end it wouldn’t be spin that undid Warner (123) but the pace of Mustafizur Rahman who dug one in short and had Warner caught at short third man where Imrul Kayes did a great job of parrying the ball, which was travelling at some speed, up in the air and grab it on the rebound.

Cartwright (18) fell in disappointing fashion, prodding at a Mehedi Hasan delivery well outside off and being caught at slip, Australia were 321/5.

Matthew Wade (8) didn’t last too long, getting a reverse swinging jaffer from Mustafizur and being adjudged leg before, he would burn a review as well and Australia were looking shaky.

Maxwell (38) joined the poor review club he was given out caught behind off Mehedi as he squeezed an inside edge onto his pad before Mushfiqur Rahim took the catch behind the stumps.

Pat Cummins (4) was a victim of a great review as he offered no shot to a big turning Mehedi delivery that was tracked as hitting the stumps by Hawkeye.

The final wicket of the day was that of Ashton Agar (22) who was bowled through the gate by Shakib who had tossed one up to entice the drive from the left-handed allrounder.

Steve O’Keefe (8*) and Nathan Lyon (0*) reached stumps with Australia on 377/9 leading by 72 runs but with the pitch becoming increasingly difficult to bat on, you would fancy that the Tigers will be happier with the state of the match.