Australia on top before rain 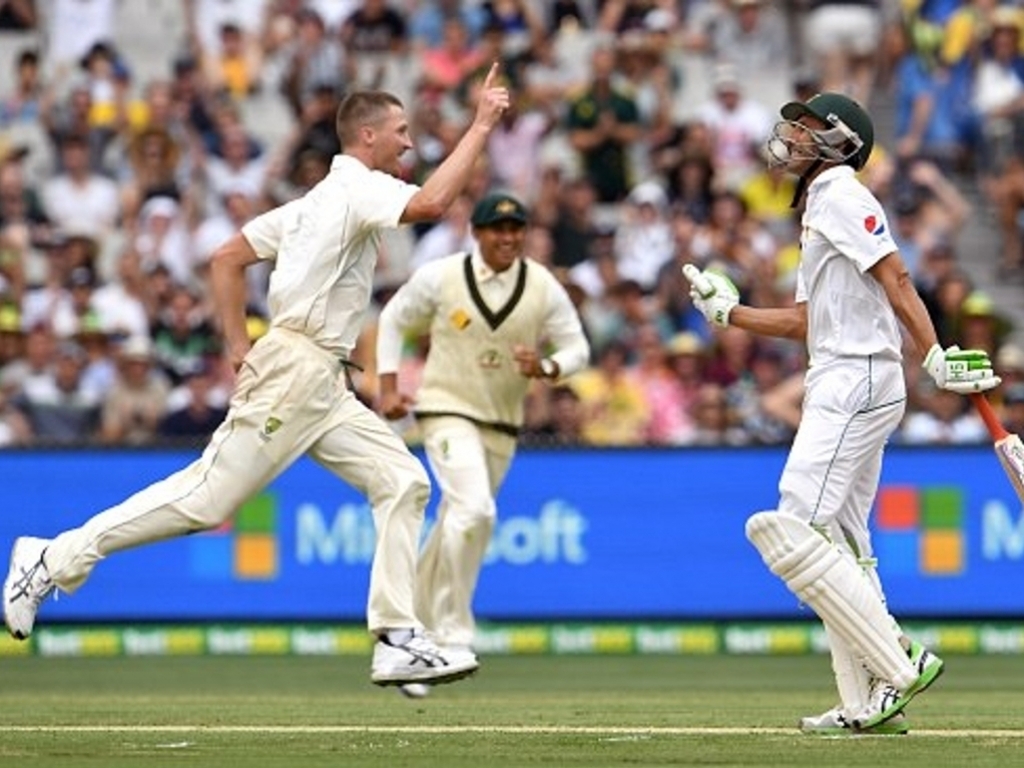 Australia edged in front of Pakistan on day one of the second Test at the MCG on Boxing Day before rain stopped play just before tea.

It had been an engrossing day’s play with the batsman digging in against disciplined Australian bowling and Azhar Ali standing tall unbeaten on 66 at the end of the day.

The first wicket seemed almost scripted as Nathan Lyon claimed the wicket of Sami Aslam three balls into his first spell with the crowd all set to let out a cry of ‘nice Garry’ and the spinner obliging with a wicket ball.

Babar Azam (23) would join Azhar and nearly saw Pakistan through to lunch but the last ball before the break from Josh Hazlewood caught the edge of his bat and flew through to Steve Smith in the slips.

Younus Khan (21) and Azhar put on 51 for the third wicket and looked like they would put Pakistan on top before Jackson Bird got Younus to play on.

Nic Maddinson took a stunning catch to give Bird the wicket of Pakistan skipper Misbah-ul-Haq for just 11 to put the Baggy Green well on top.

Azhar and Asad Shafiq would survive until rain brought an end to the day’s play just before tea.

Pakistan will resume their innings on 142 for 4 tomorrow.