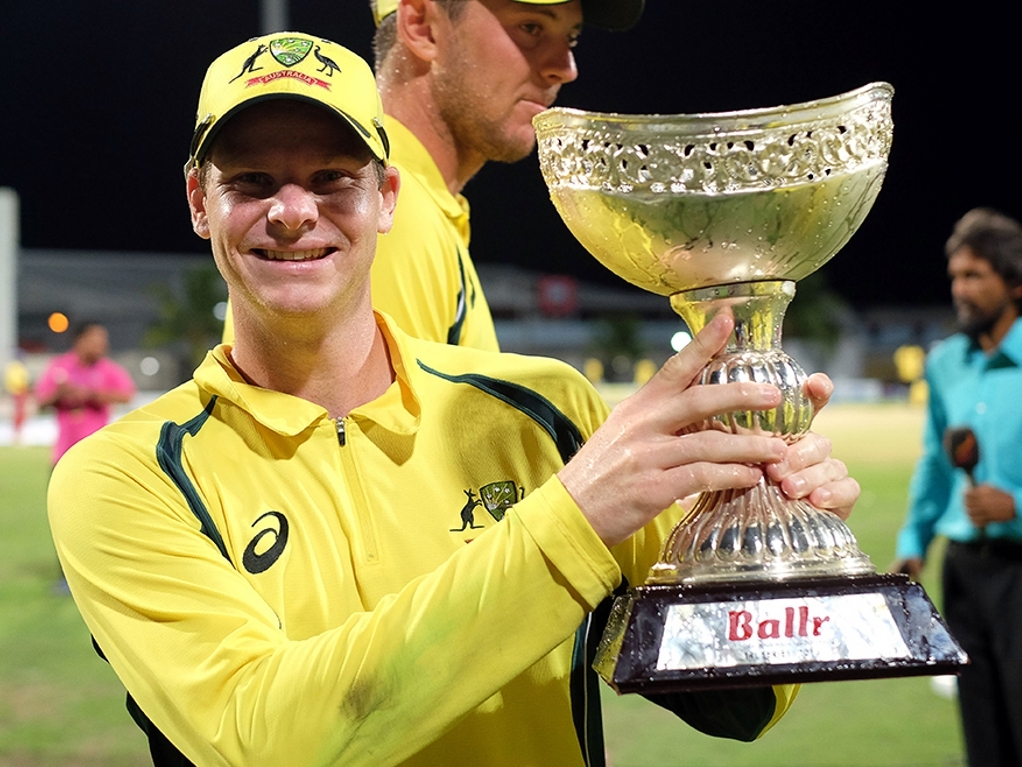 Australia won the tri-series final by 58 runs against the West Indies to claim the trophy on Sunday, but Oz skipper Steve Smith is not satisfied, saying there are many areas to improve upon.

The Aussies posted 270 for nine in their 50 overs in Barbados, with Matthew Wade making an unbeaten half ton. Josh Hazlewood then claimed five wickets as the Windies fell to 212 all out in the 46th over.

While Smith was pleased with the trophy, he pointed to a few areas of concern that he wanted to focus on, in order to keep the side as the number one ranked ODI side in the world.

Smith said after the game: "We've still got a lot of work to do. I was pleased with the way we scrapped today. I'm using that word a lot, but it's been a bit of a theme throughout this series with the wickets we've been playing on.

"I was pleased we were able to get the job done. Our fielding still needs a lot of work. We need to be able to have the energy we had today in every game, and there's no reason why we shouldn't.

"We've got to continue to start well with the ball. In the last three or four series we've been up against some pretty dynamic opening batters, but they've got the better of us at the start.

"We've been lucky enough to pull it back in the middle overs and bowl pretty well at the death. We'll make things a lot easier for ourselves if we start really well."

Hazlewood's efforts saw to much of the tail, including the dangerous Carlos Brathwaite, while Mitchell Marsh contributed with three wickets as well, all in the top four.