Aussies wrap up Test series at the MCG 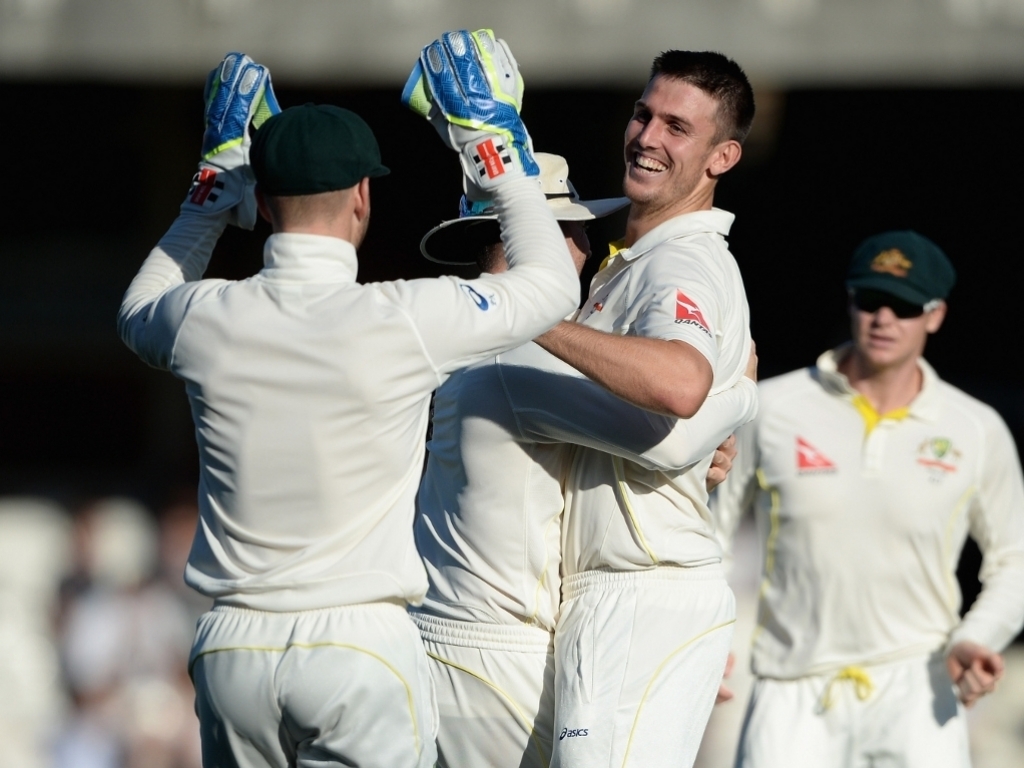 Hosts Australia comfortably beat the West Indies by 177 runs in the second Test at the MCG on Tuesday to wrap up the three-match series with a game to spare.

The Aussies declared their second innings on their overnight total of 179 for three, leaving the Windies a near impossible target of 460 in two full days.

The Caribbean side, who succumbed tamely inside three days in the first Test in Hobart, put up some resistance in their second stint at the crease as they were bowled out at the end of the day for 282.

Captain Jason Holder lead the fight for the tourists with 68 while he received good support from wicketkeeper Denesh Ramdin, who finally contributed with the bat in hand, to score 59.

Holder and Ramdin added 100 for the sixth wicket to frustrate the home team but the innings folded quickly once that partnership was broken by allrounder Mitch Marsh.

Marsh was the best Australia bowler on show in the second innings as picked up four for 61 in 17.3 overs while the ever improving spinner Nathan Lyon bagged three for 85.

Australia won the first Test in Hobart by an innings and 212 runs with the third and final Test taking place in Sydney on 3 January.