Home Countries Australia at a canter after Finch carnage in Harare

Australia at a canter after Finch carnage in Harare 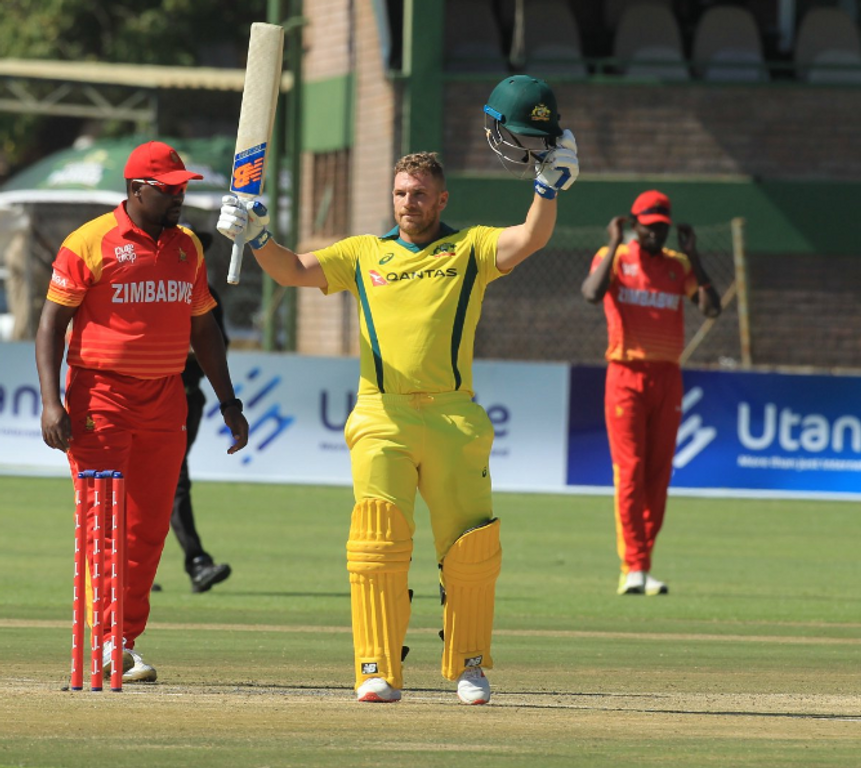 Records tumbled at the Harare Sports Club on Tuesday as Australia smashed Zimbabwe by 100 runs in a T20I tri-series clash.

Australia captain Aaron Finch bludgeoned his way to 172 off just 76 balls, the highest individual score in a men’s T20 international, as the Aussies amassed 229/2 after being put in to bat by their hosts.

The 31-year-old Finch broke his own record for the highest individual T20 International score after he struck 156 against England in 2013.

Finch also shared in an opening stand of 223 with D’Arcy Short, the highest ever partnership in a men’s T20 International game.

Short was certainly more circumspect than his skipper as the Hobart Hurricanes opener only contributed 46 from 42 balls in the record stand before he was out in the final over.

Finch was only three runs shy of breaking the record for the highest ever score in a T20 game, 175 by Chris Gayle, when he was out with two balls to go in the innings as he trod on his stumps while swinging wildly.

The home team’s bowlers took some punishment but a generous word has to go to left-arm spinner Tendai Chisoro who only conceded 19 runs off his four overs despite the carnage at the other end.

It was the highest total that Zimbabwe have ever conceded in the shortest format and made the result of the game a mere formality before the second innings of the match had even started.

The hosts limped to 122/9 in their 20 overs with seamer Andrew Tye taking 3-12 in his four overs as Australia completed their biggest ever victory in T20I cricket.