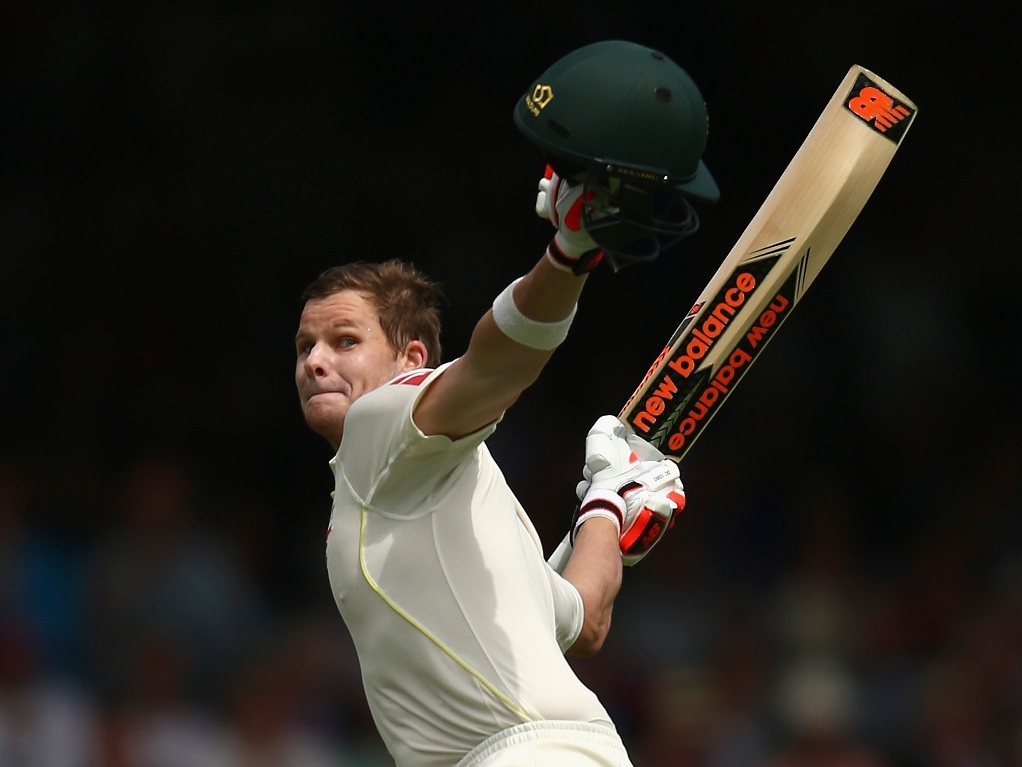 Australia were in full command of the second Ashes Test at Lord's at stumps on day two, after reducing England to 85 for four in the evening session to lead by 481 runs.

The day was more successful for England than day one was, but Steve Smith still managed to record his maiden Test century, the Aussies broke their partnership record at the ground, and Mitchell Johnson got his groove back.

Australia declared on 566 for eight, an over after tea, with Smith having made 215 and Chris Rogers 173 earlier in the day. Stuart Broad took four wickets, which inspired the Aussies to take four of their own in less than a session.

The day began with Australia on 337 for one, having plundered the runs on an easy first day. Both Rogers and Smith were already well past their centuries. Rogers was smacked on the helmet, behind the ear, first ball, which caused some nauseated deja vu for all watching.

He was fine though, and added 15 more runs to his score before falling to Broad, He got an inside edge onto his pads, and it ricocheted onto his stumps. Michael Clarke followed soon afterwards, having made just seven.

The afternoon session was less than ideal for the visitors as they lost four wickets, including Smith. He brought up his double ton with a lovely four, but fell to a Joe Root LBW near the end of the session. He had batted for 346 deliveries.

Debutant Peter Nevill made a good impression with the bat as he and Smith upped the run rate for a while. He scored 45, which was the fourth highest by an Australian keeper on debut. He was out to Root as well, caught low to the ground by Moeen Ali.

Australia's knock came to an end an over after tea when Johnson was out to Broad for 15, and this back and forth mind game seemed to do the trick as England's openers looked distinctly unsettled when they came out to bat.

Adam Lyth was soon back in the hut for a duck, catching the edge off Mitchell Starc's second ball and giving Nevill his first catch in international cricket. Ian Bell was out soon afterwards, for one, bowled by Josh Hazlewood.

Gary Ballance and Alastair Cook tried to settle the knock, but Ballance was unable to advance past 23, when he fell to a Johnson outswinger that nicked the bails on the off stump. Root was also out for one, caught behind off Johnson.

This left Cook and Ben Stokes to salvage the situation. and the latter was his usual aggressive self, at one point smashing a Nathan Lyon delivery for a huge six. Stokes was on 38 at the close and Cook on 21.