Aussies fight back to set up tense finish 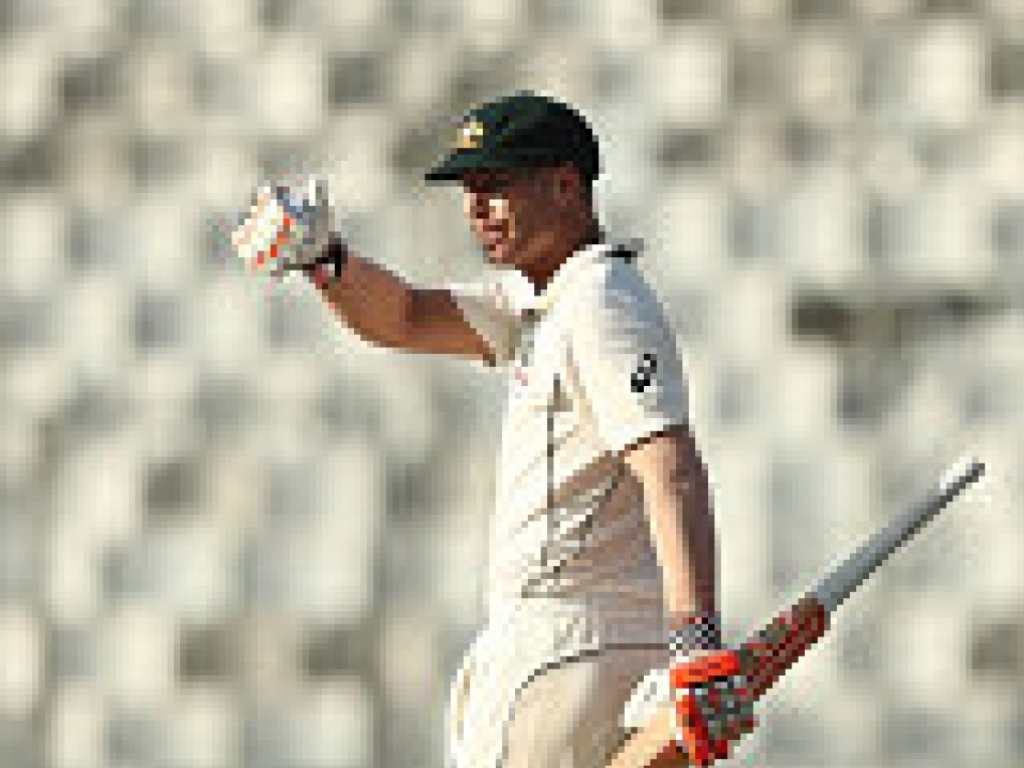 The first Test between Bangladesh and Australia in Dhaka is set for a tense finish after the visitors ended the third day on 109/2, still requiring another 156 runs to win.

Australia’s two senior batsmen David Warner (75 not out) and captain Steve Smith (25 not out) showed great application with unbroken stand of 81 on a difficult pitch to give the Aussies a chance to go one-nil up in the two-match series.

The touring side were in early trouble in the chase at 28/2 with Matt Renshaw (5) and Usman Khawaja (1) falling to the spin of Mehedy Hasan and Shakib Al Hasan respectively.

After being bowled out for just 217 in their first innings, Warner took the aggressive approach to the home team’s spinners as his runs came off 96 deliveries.

Earlier, Nathan Lyon took 6/82 as the Tigers were bowled out for 221 just after the tea interval.

Tamim Iqbal top-scored with 78 while skipper Mushfiqur Rahim weighed in with an important contribution of 41.

Bangladesh had a 43-run lead after both teams batted in the first innings after being bowled out for 260 on day one.