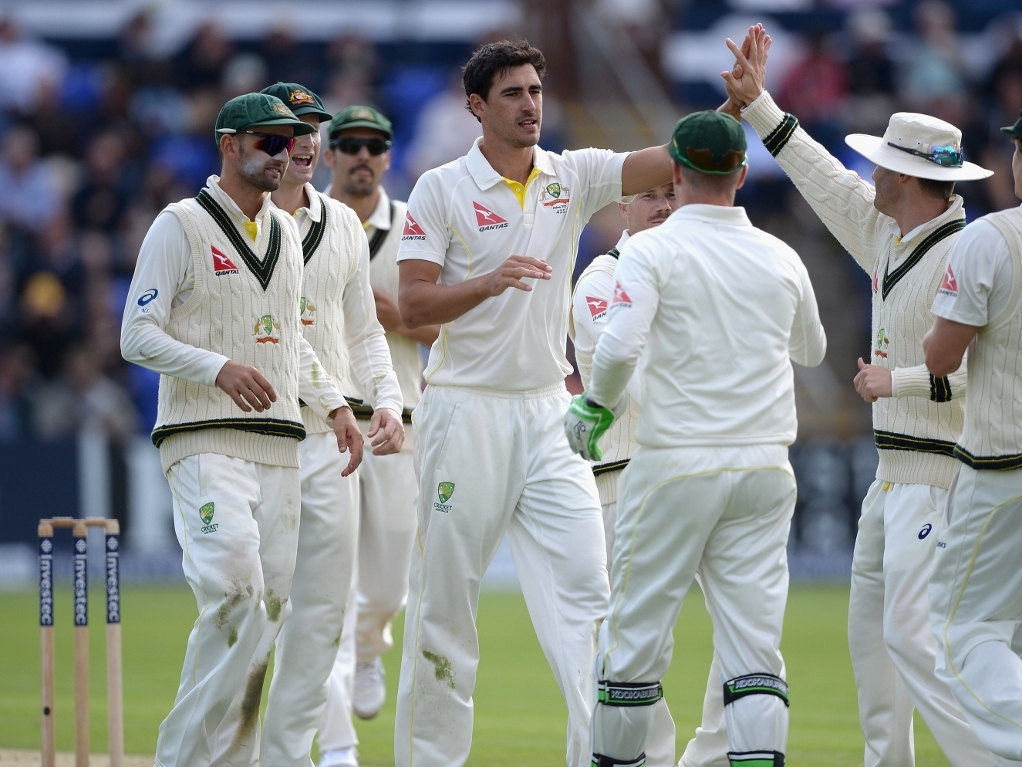 Australia bounced from their defeat in the first Ashes Test by completely annihilating England by 405-runs, with a day to spare, in the second match at Lord's on Sunday.

Resuming day four on 108 without loss with a commanding lead of 362 runs, the Aussies powered their way to 254 for two before Michael Clarke decided to call time on their innings about 20 minutes before lunch before bowling out the hosts out for just 103 in 37 overs.

There was a moment of uncertainty in the Australia dressing room when opener Chris Rogers, who was unbeaten on 49, left the field after feeling dizzy out in the middle and never came out to bat again or field.

Batsman David Warner, who was 60 not out overnight, made his way to 83 before offspinner Moeen Ali got him to drive a flighted delivery to Alastair Cook who took an easy catch at short cover.

Steve Smith followed up his double century in the first innings with a rollicking 58 off just 48 balls as the visitors made their intentions regarding a declaration clear.

It did come as a little bit of a surprise when Clarke (32 not out) decided to declare the innings as he gave the English batsmen just three overs to face before the lunch break, which they negotiated successfully.

However it was after the interval when things started going pear-shaped for the Three Lions as Adam Lyth, Cook and Gary Ballance fell quickly as they slipped to 42 for three.

Australia smelt blood with their momentum, and with the wind in their sails, they could have opened some old scars for the hosts, especially Mitchell Johnson, as Australia won the last Ashes five-nil in Australia.

Fast bowler Johnson, who was England's chief tormentor in the 213/2014 series, dismissed Moeen Ali with a brute of a short ball and just generally looked at his threatening best again.

The left-armer finished with figures of three for 27 in 10 overs while Josh Hazlewood and spinner Nathan Lyon finished with two wickets each.

The third Ashes Test starts on 29 July at Edgbaston in Birmingham.