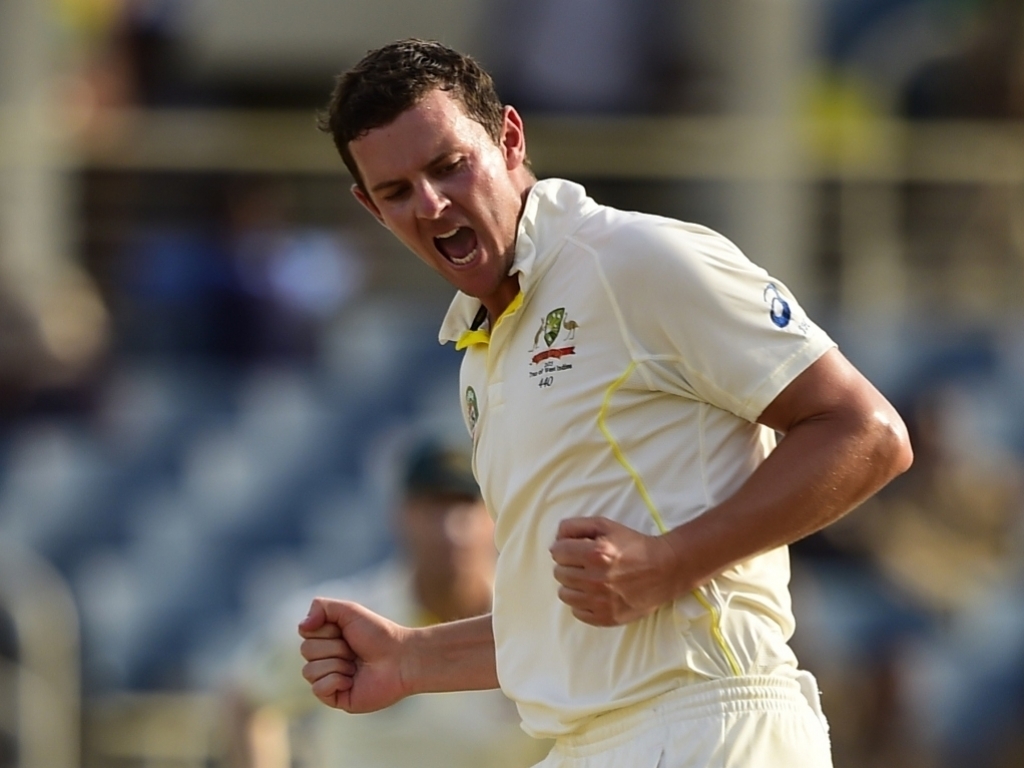 Australia are in a dominant position at stumps on the third day of the second, and final, Test against the West Indies at Sabina Park in Jamaica.

The Windies were on 16 for two in the final innings of the match after Aussie skipper Michael Clarke declared their second innings on 212 for two to set the home side 392 to win.

Steve Smith continued his amazing batting form following up his first innings score of 199 with an unbeaten 54, while both openers, Shaun Marsh and David Warner, hit half-centuries.

Earlier in the day the home side, resuming on their overnight score of 142 for eight, and replying to Australia's 399, rallied thanks to Jason Holder's 82 not out to avoid the follow-on and post 220 all out.

Josh Hazlewood was the star with the ball for the visitors taking five for 38, while spinner Nathan Lyon took three for 55.

After Clarke's aggressive declaration Mitchell Starc struck twice late in the day, first bowling Kraigg Brathwaite for a duck then removing Rajendra Chandrika, who bagged a pair on his debut.

Darren Bravo and Shane Dowrich will resume in the morning but the home team face un uphill task if they are to avoid a series whitewash and square the series.