Australia humbled by hosts in Galle 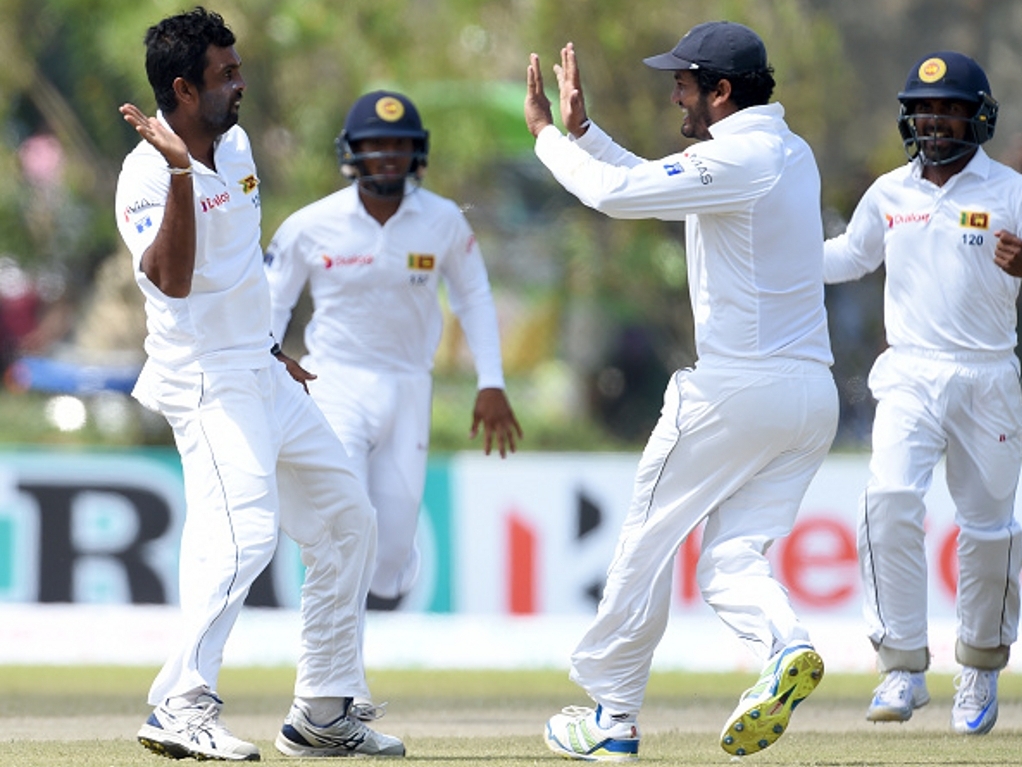 Australia fell to their eighth successive defeat on the subcontinent as Sri Lanka wrapped up the Warne-Muralitharan trophy by winning the second Test inside three days.

The visitors began the day with their backs against the wall after a dramatic second day that saw 21 wickets fall and the hosts take control of the Test.

Sri Lanka needed only seven wickets to claim an unbeatable 2-0 lead in the series, and the first of those was David Warner, who top scored for Australia again with an aggressive 41 off 31 balls before being trapped leg before by Dilruwan Perera.

The spinner would finish with figures of 6 for 70 and claiming his first 10 wicket match haul in his eleventh Test.

Australia provided little resistance but Adam Voges did manage to bat for 70 balls for his 28.

Australia were bowled out for 183, slumping to a 229 run defeat.

Dilruwan would be named man of the match after his exploits with the ball and a fighting fifty that took the game away from the Aussies.