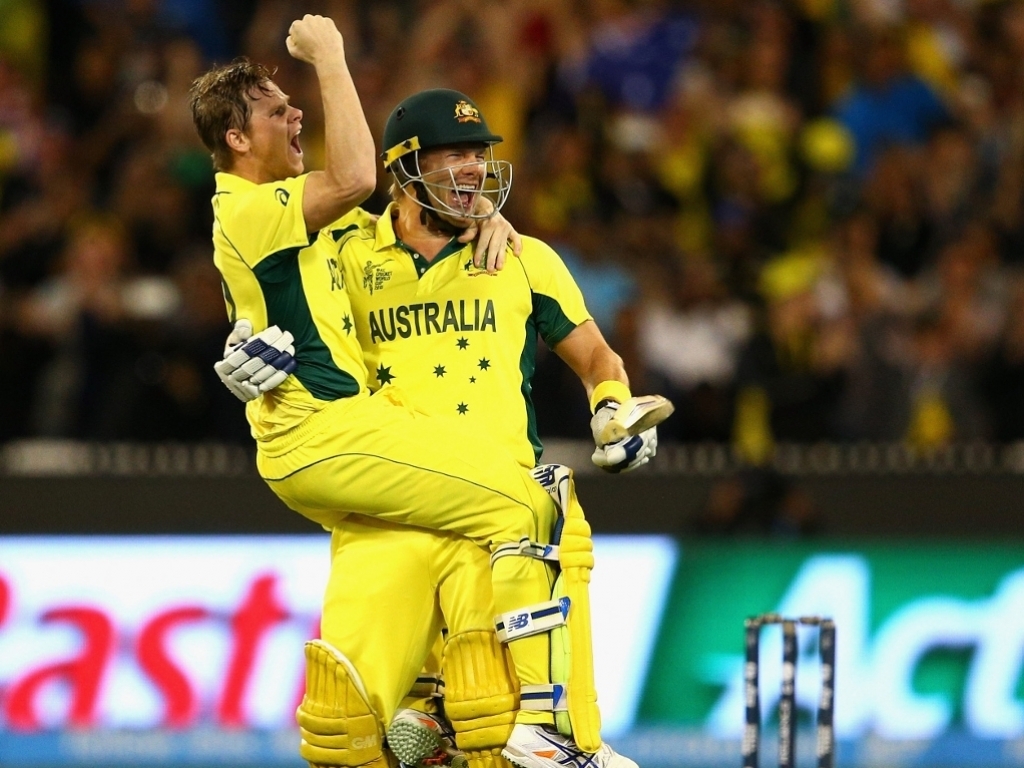 Australia capped off an emotional home summer with a World Cup trophy on Sunday, beating co-hosts New Zealand by seven wickets in Melbourne to claim their fifth title, and their first on home soil.

Retiring skipper Michael Clarke's men were the superior side on the day, bowling the Black Caps out for just 183 thanks to their excellent pace bowling, before chasing the score down with relative ease in front of a packed MCG crowd.

New Zealand won the toss ahead of their first ever World Cup final, and Brendon McCullum opted to bat in the hopes of posting a big score to defend. He was to play no part in that though, bowled for a duck in the first over.

Mitchell Starc was the destroyer there, using his swing and pace to remove the off stump, and continue his march at the top of the wicket-taking list alongside New Zealand's Trent Boult.

Martin Guptill and Kane Williamson tried to get back on track but could not get the ball away, and they made only 31 runs in the first 10 overs. The pair were both out in the teens though, Guptill bowled by Glenn Maxwell and Williamson out to Mitchell Johnson.

This left the Kiwis on 39 for three, and Grant Elliott and Ross Taylor were tasked with the recovery. Elliott, who had seen the side into the final with his 84 not out against South Africa, knuckled down for a prolonged knock.

The pair put on a century stand over the next 126 deliveries, with Taylor reaching 40 off 72 balls. Once he fell, to James Faulker, the rest of the order departed for a grand total of 33 runs. Faulkner bagged Corey Anderson for a duck in that over too.

Elliott was eventually out for 83, also to Faulkner, leaving Johnson and Starc to wrap up the tail. Luke Ronchi and Matt Henry also failed to score, leaving four ducks on the score sheet, and Tim Southee's run out was the final wicket.

As such, the chase was not a tricky one, despite Aaron Finch's dismissal in the second over for a duck. Boult took the catch off his own bowling, bringing probable new skipper Steve Smith to the middle, on the back of his ton in the semi-final.

David Warner as not in the mood to hang about, and hit 45 runs off 46 balls before being removed by Matt Henry. Clarke thus joined Smith, the past and the future together, and the pair put on a century stand of their own.

Clarke was in full flow once he passed his half ton, but was unable to see the side home. He fell for 74 to Henry with nine runs to go, ending his ODI career with 245 games, 7981 runs, and an average above 44.

Smith and Shane Watson saw the game to a close, with Smith recording his fifty with four runs required. He also hit the winning runs, clipping the ball off his pads for four, and then leaping onto Watson's back in celebration.