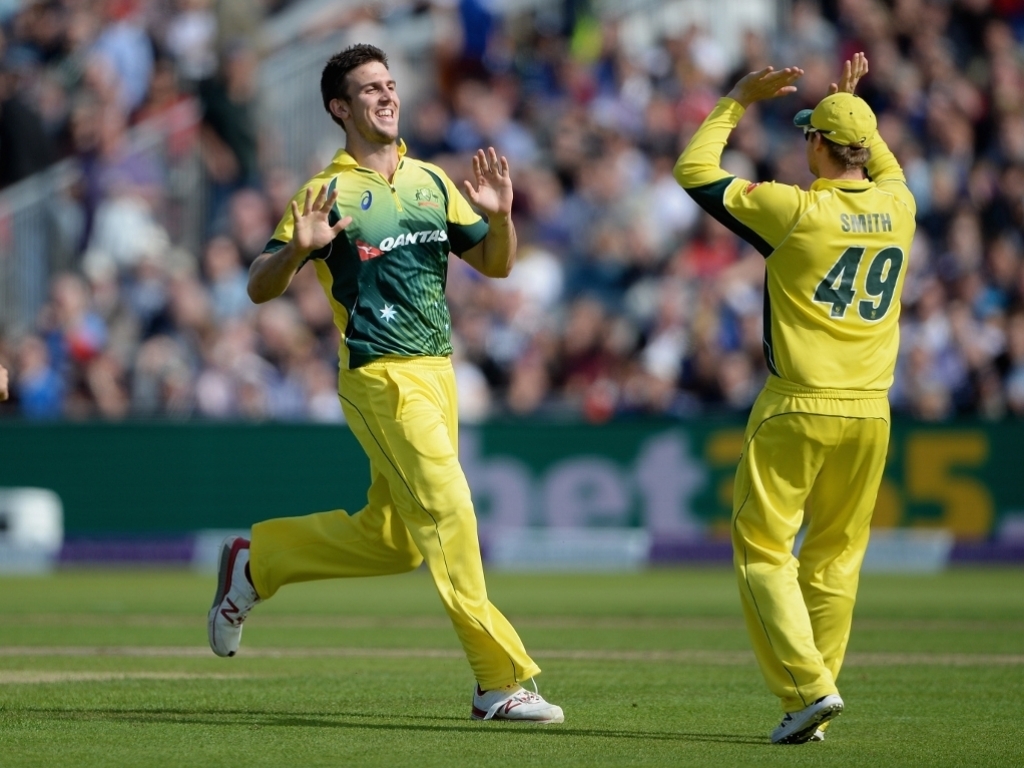 Australia produced a terrific bowling display to thrash England by eight wickets in the fifth and final ODI and seal a three-two series victory at Old Trafford on Sunday.

With England holding all the momentum heading into the series finale after winning the last two matches, Australia asserted their dominance early on as they bowled their hosts out for just 138 in 33 overs.

After home team captain Eoin Morgan won the toss and elected to bat first on a dry-looking pitch, England certainly would not have expected the start they got.

They were three wickets down by the end of the sixth over as Jason Roy (4), Alex Hales (4) and James Taylor (12) were back in the hut with only 22 runs on the board.

Fast bowler Mitchell Starc accounted for Roy while John Hastings got rid of both Hales and Taylor as the world champions asserted their dominance early in the game.

Skipper Morgan, the most inform batsman in the series, was then forced to retire after he was hit on the helmet by a Starc delivery and felt uneasy at the crease.

Seeing their leader walk back to the dressing room probably had an effect on the England team as they genuinely struggled to string together any partnerships for the rest of the innings.

Only Ben Stokes, with 42, showed any real fight from the top-order batsmen before he became one of Mitchell Marsh's four victims. Adil Rashid, batting at number nine, chipped in 35 not out but could not mask an embarrassing batting display.

Australia lost Joe Burns for a duck and skipper Smith for 12 but Aaron Finch (70*) and George Bailey (41*) ensured that Aussies take home the series trophy.

This victory caps off a long tour to the UK by Australia which has seen them surrender the Ashes back to England but also showed why they are the best ODI side in world cricket.