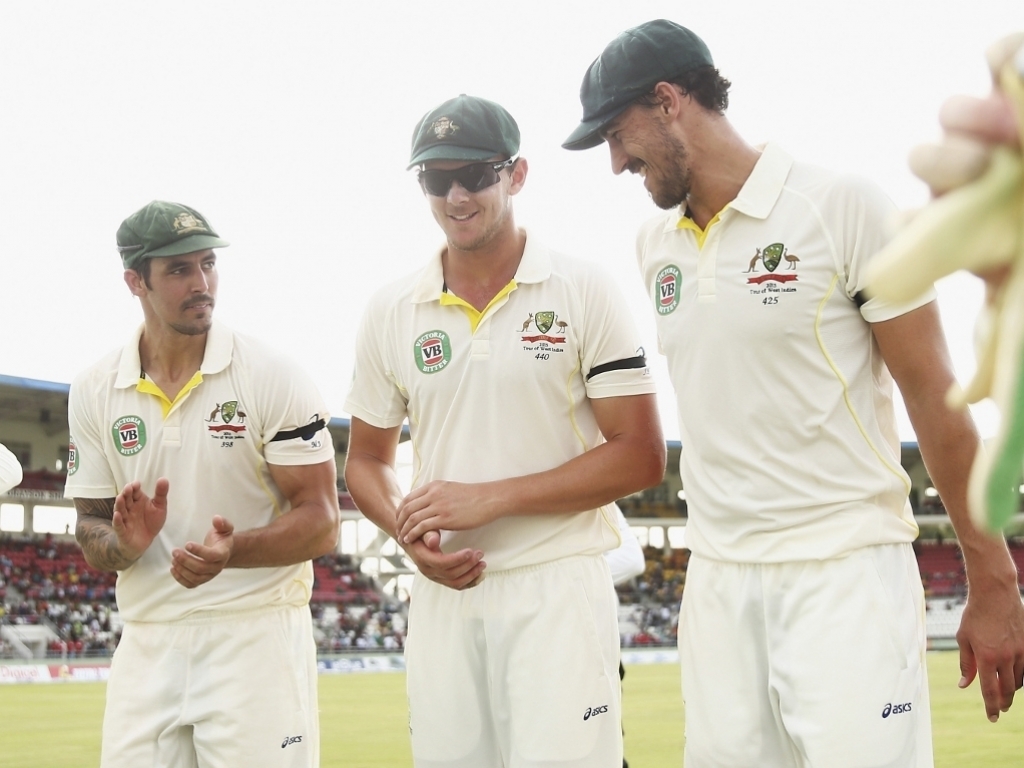 Australia have taken a 1-0 series lead against the West Indies after chasing down a meager second-innings target of 47 for victory in the first Test at Roseau.

The Windies resumed on 25/2 in their second innings at Roseau on Friday morning, still 145 behind Australia's first innings total of 318 after being bowled out for 148 on day one.

Darren Bravo managed to add just two runs to his overnight score before getting caught at mid-off, having failed to get to the pitch of a fuller delivery from Josh Hazlewood.

With the first wicket falling quickly and the West Indies teetering on 38/3, a capitulation seemed likely, but Marlon Samuels and Shane Dowrich had other ideas.

Together the middle order duo batted for close to two full sessions, keeping the entire Aussie bowling line-up at bay and adding 143 runs for the third wicket in what was a superb partnership.

The wicket finally came, however, and it was that man Hazlewood again, pitching one full and on middle and leg, which Dowrich tried to flick away but instead chipped to the right of short mid on, where Shane Watson was waiting to take the catch.

Dowrich departed for a well-played 70, but that left the home side on 181/4 and with an effective second innings lead of only 11 runs.

More fight was needed, but unfortunately the Windies disintegrated.

The incoming Jermaine Blackwood lasted for 41 minutes, but when his wicket fell, and Samuels fell for 74 just a few deliveries later, the writing was on the wall.

The West Indies would ultimately lose their last seven wickets for just 35 runs either side of tea as they were dismissed for 216.

Mitchell Starc would clean up the tail with two wickets in the space of two balls to end with impressive figures of 4/28, while Hazlewood, Mitchell Johnson and Nathan Lyon each picked up two wickets apiece.

That left the Aussies just 47 runs to chase for victory with about 12 overs in the day remaining.

True to form, David Warner came out and smashed a four and six in the first over, sending a clear signal that the visitors were looking to wrap up the match quickly.

Warner would unselfishly perish for the cause, edging to first slip for 28, with Australia needing just five more runs for victory, but it only delayed the inevitable as the incoming Jerome Taylor hit the winning runs in the very same over.

With this being only a two-match Test series, it meant Australia retained the Sir Frank Worrell Trophy by going 1-0 up.

The second and final Test starts on June 11 in Kingston.