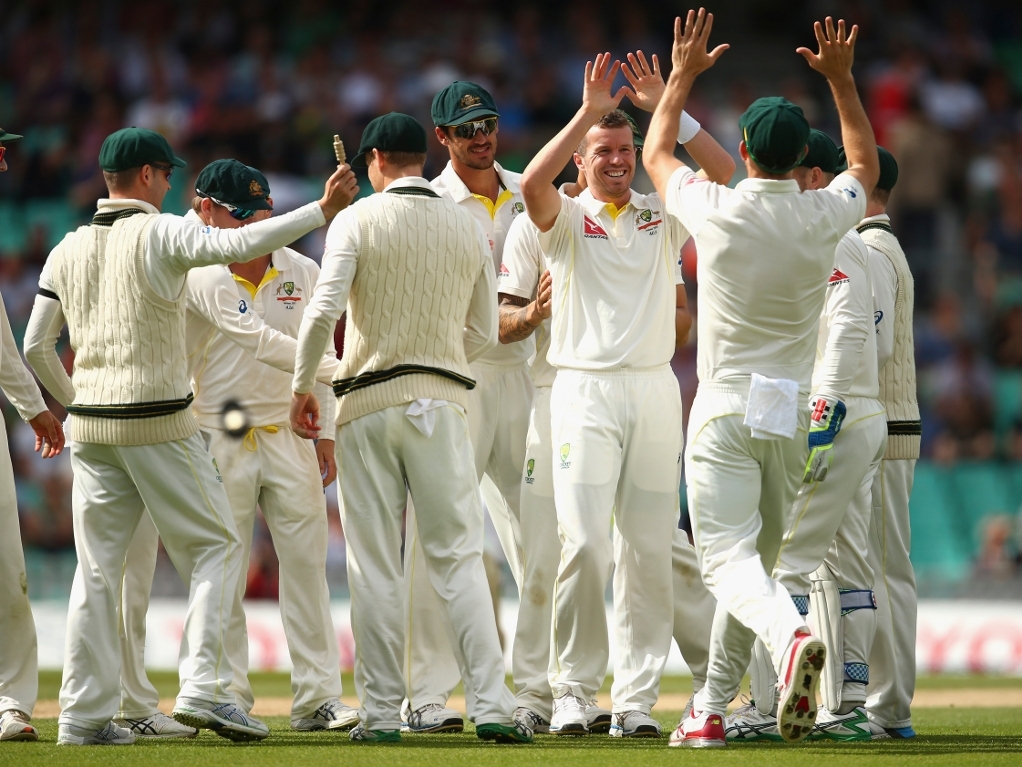 Australia completed a comfortable victory, by an innings and 46 runs,  in the fifth and final Test against England at the Oval to register a consolation win in the Ashes series that was already wrapped by the home side after four matches.

With England having retained the urn after taking unassailable three-one lead into the fifth Test, Australia at least gave a fitting to farewell to their captain Michael Clarke and opening batsman Chris Rogers, who announced earlier in the series that they would be retiring after the match.

The hosts resumed day four on 203 for six in their second innings, still 129 runs short of making the Aussies bat for a second time in the match.

The Aussies though did not want to be denied and they took two quick wickets at the start of play on Sunday. First seamer Peter Siddle removed Mark Wood for six then Mitch Marsh got rid of Jos Buttler for 42.

With England eight wickets down and the Aussies sniffing victory, the rain came down as an early lunch was taken to delay the visitors' victory.

The last two wickets fell just after the interval, both to the impressive Siddle. First he bowled Stuart Broad for nine then had Moeen Ali caught by wicketkeeper Peter Nevill for 35 as England were all out for 286.

Siddle, who was playing his first Test since December last year, finished with impressive figures of four for 35 in 24.4 overs.

England were following-on after being bundled out for just 149 in their first innings in reply to Australia's total of 481 all out.