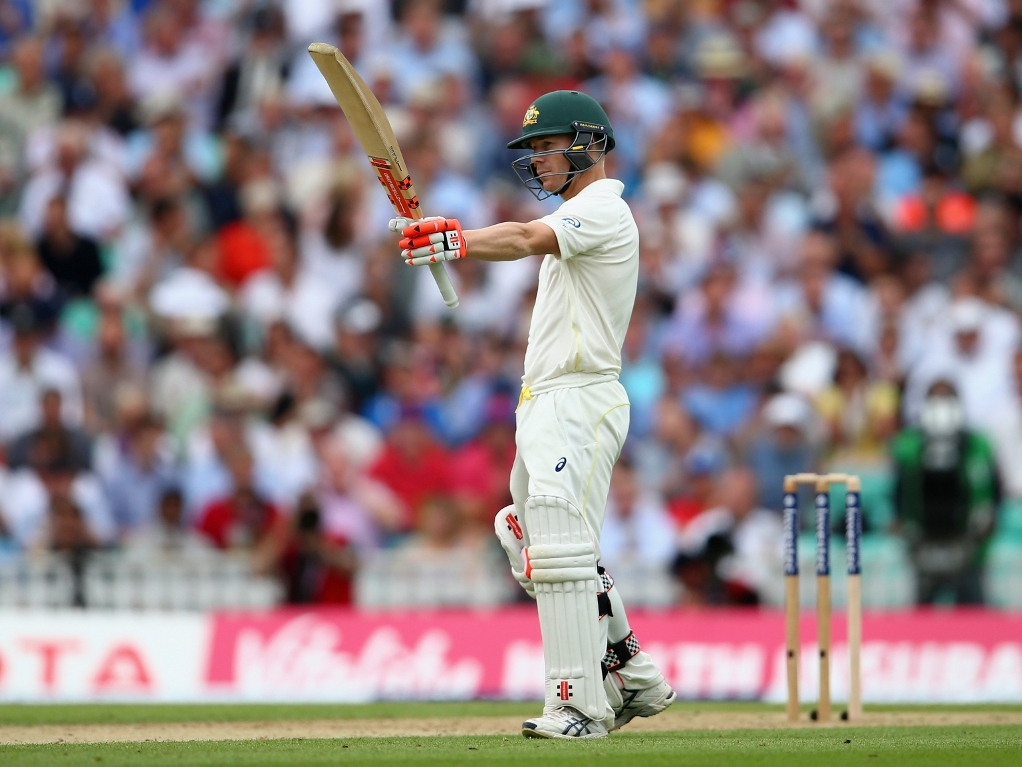 David Warner and Steve Smith struck half-centuries as Australia ended day one of the fifth and final Ashes Test against England at the Oval on 287 for three.

Opener Warner hit 85 and Smith was unbeaten on 78 as the Aussies showed a better will to fight in tough conditions as they try to pull off a consolation victory in the series after surrendering the urn, being three-one down already.

After England captain Alastair Cook won the toss and elected to field in gloomy conditions, Australia's opening pair of Warner and Chris Rogers put on 110 for the first wicket.

The 37 year-old Rogers, who is playing in his final Test, made his way to 43 before paceman Mark Wood got him to edge a delivery to Cook at first slip, who took a juggling catch on the second attempt, just after lunch.

Smith and Warner then added 51 in 12 overs and looked comfortable before the left-handed Warner, on 85, nicked offspinner Moeen Ali to Adam Lyth at slip.

It was Warner's fifth half-century of the series without converting any into a big score and he showed his disappointment as he trudged back to the pavilion.

Aussie captain Michael Clarke, who was also playing in last match in international cricket, received a guard of honour from England players and got a good ovation from the Oval crowd as he made his way to the crease.

However, the Australia skipper only made 15 as allrounder Ben Stokes got him to edge to wicketkeeper Jos Buttler and although Clarke reviewed the decision, it stood and the visitors were three wickets down with 186 runs on the board.

The home side might have sniffed a chance to run the through the Aussies' middle and lower-order but Adam Voges (47*) added an unbroken 101 with Smith before bad light brought an early end to proceedings.