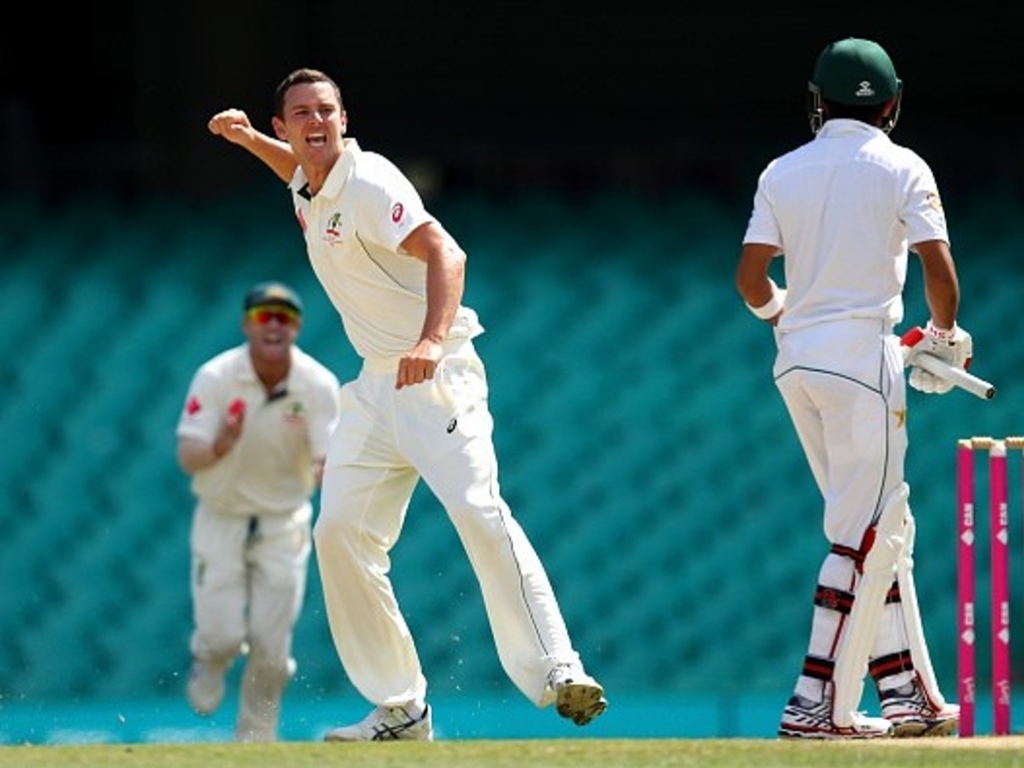 Pakistan needed to bat out three sessions on day five of the third Test against Australia to avoid a whitewash but failed to make it past Tea slumping to 244 all out.

The 220 run defeat is Pakistan’s sixth successive Test loss representing their worst ever losing streak and the team looks a shadow of the side that topped the Test rankings earlier this year.

Australia needed nine wickets to claim a series whitewash and each of the four frontline bowlers would contribute to the cause.

Josh Hazlewood claimed the first two wickets of the day, first holding on to a catch off his own bowling to remove Azhar Ali (11) before trapping Babar Azam (9) leg before to leave Pakistan 67 for 3.

Younus Khan (13) was immovable in the first innings but Nathan Lyon accounted for the veteran in the morning session after he gave the bowler the charge but couldn’t get to the pitch and lobbed one to Hazlewood at mid-on.

Yasir Shah was stubborn in his resistance but was eventually caught at slip off the bowling of Steve O’Keefe, he faced 93 balls for his 13.

Asad Shafiq had looked good for his 30 before some awful foot movement allowed Mitchell Starc to bowl the right-hander.

It looked like Misbah-ul-Haq (38) and wicketkeeper Sarfraz Ahmed would put up a fight before the skipper played a terriblt stroke to O’Keefe and skied one to Lyon at Mid-off.

Sarfraz would do his best to hold the tail together gathering an unbeaten 72 along the way but wickets for O’Keefe and Hazlewood either side of the run out of the injured Mohammad Amir would see Pakistan slump to defeat.

Hazlewood’s 3 for 39 left him as the pick of the bowlers.