Australia take control at the Gabba 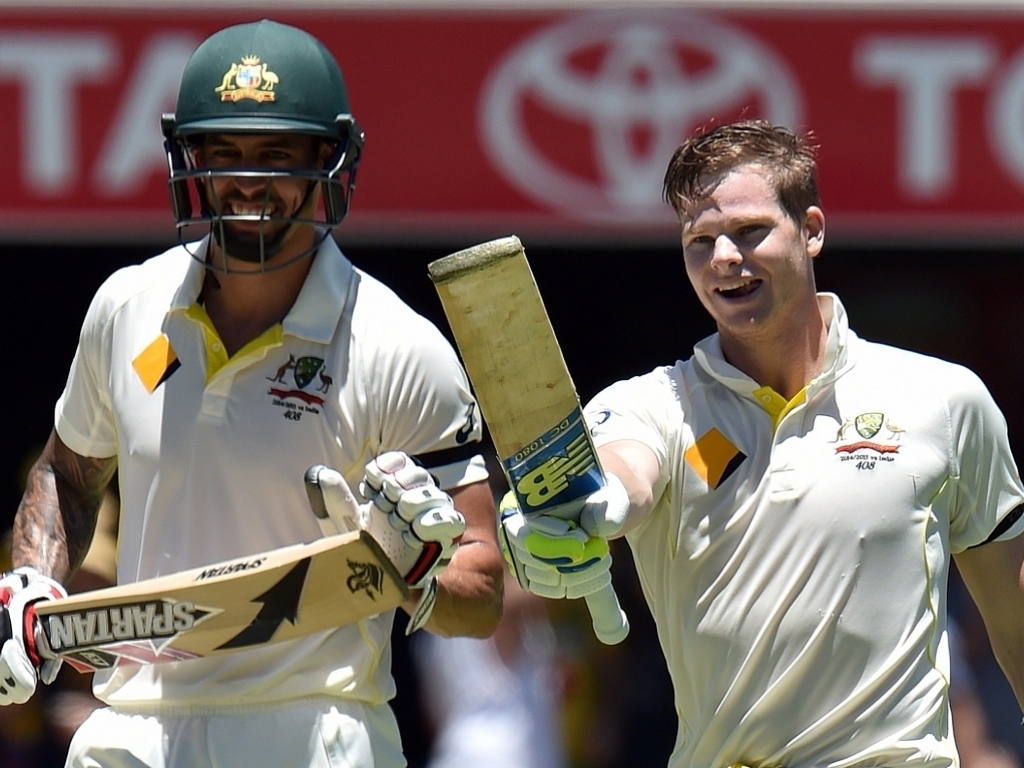 Australia had the better of the third day of the second Test against India in Brisbane on Friday after a Steve Smith century and some valuable contributions from the lower order handed the hosts a 77-run first innings lead.

The Indian second innings started shortly after the tea break and progressed to 71 for the loss of one wicket after the Smith's side was eventually dismissed for 505.

The visitors still trail by 26 runs with nine second innings wickets in hand, with Shikhar Dhawan (26) and Cheteshwar Pujara (15) still at the wicket.

Earlier, Smith scored a century on his captaincy debut and with the help of Mitchell Johnson (88), Mitchell Starc (52), Nathan Lyon (23) and Josh Hazlewood (32 not out), they were able to eke out a significant first innings after finding themselves at 247 for six at one stage.

Mitchell Marsh resumed his innings this morning alongside Smith, but the injured all-rounder only managed four more runs and was dismissed for 11 shortly after the resumption bowled by Ishant Sharma, who bowled considerably better than during the second day.

After Brad Haddin (six) fell shortly afterwards with the score on 247, the Indians would have felt they have a great opportunity to gain the lead themselves, but after some toothless bowling by them, coupled with some aggressive lower order batting, that possibility was soon snuffed out.

Smith and Johnson and 148 for the seventh wicket and while both batsmen fell shortly before they passed the Indian first innings score of 408, the final two wickets both added more than 50 to hand the Aussies a significant advantage.

The Indian innings then started shortly after the tea break when Starc was the last man out, and the left-armer added to the visitors' woes when he dismissed first innings centurion Murali Vijay for 27 in the 11th over.

Whilst the Aussies will be pleased by the way in which their lower order batted, the bowling form of Johnson in particular – who remains wicketless in the match – will be of some concern after he sent down eight unthreatening overs in the latter stages of the day.