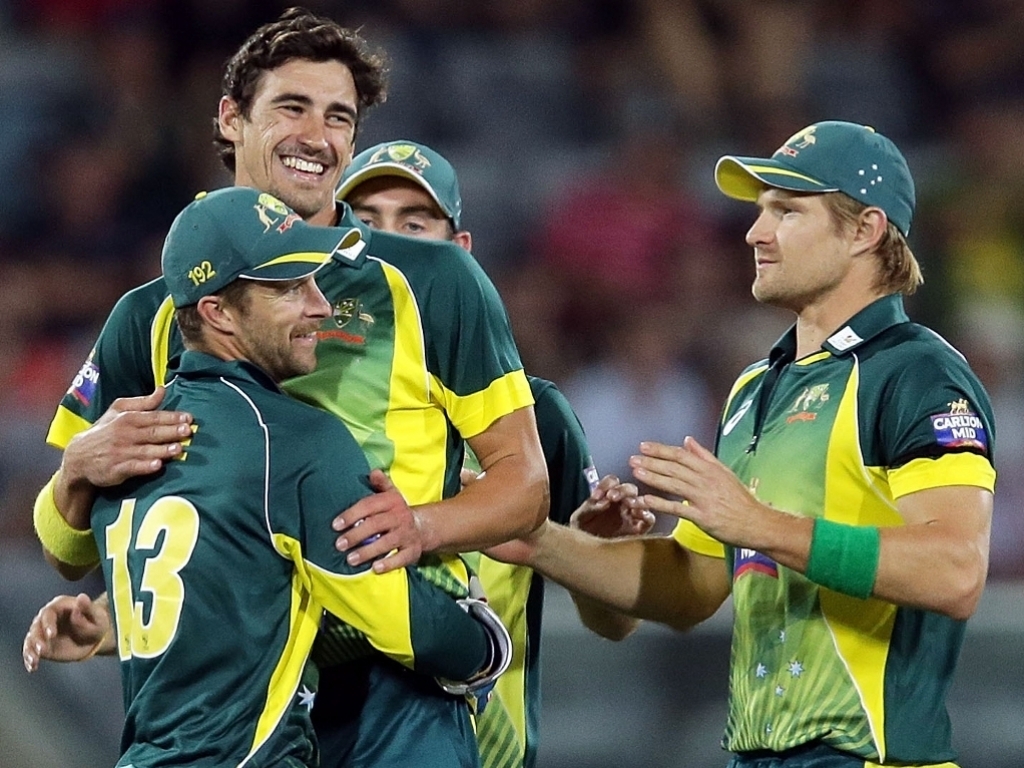 Australia took a two-one series lead in the ODIs against South Africa after they wrapped up a 73-run win in the third match at the Manuka Oval in Canberra on Wednesday.

The Aussies batted first and posted a formidable 329 for five, thanks to a century from Aaron Finch and a brisk 73 not out from Steve Smith. The Proteas then put on a century opening stand, but collapsed in the 45th over.

The Aussies won the toss and chose to make the visitors chase. Finch and David Warner got off to a blistering start, racing to a century partnership off 17 overs. Warner was second to his 50, but was out for 53.

Finch continued at the other end as Shane Watson hit out well, scoring a quick 40. The all-rounder was out with the score on 189 though, to Farhaan Behardien, as he had been in the second game.

Finch and Smith then rollicked along, pushing the score above 200, before the Proteas bowlers pulled it back a bit. They removed Finch for 109, his fifth ODI ton, and then also bagged George Bailey and Mitchell Marsh.

But Smith's innovative batting saw the side over 300, and some poor death bowling from Morne Morkel in particular allowed the visitors to reach a very challenging score, despite some sterling fielding from Faf du Plessis on the ropes.

The Proteas' chase was just as impressive as the hosts', with Quinton de Kock and Hashim Amla putting on 108 for the first wicket. De Kock was out for 47 though, bowled by Josh Hazlewood in the 19th over.

Amla continued towards his century, despite the losses of Faf du Plessis for 17 and Rilee Rossouw for two. AB de Villiers came in and raced towards a half ton, at which point it looked like they were back on track.

But De Villiers was trapped LBW by Kane Richardson, and reviewed the plumb decision. As such, the one review was wasted, when David Miller would have had his LBW overturned if he'd been able to call on DRS.

As a result, the side collapsed and Mitchell Starc wrapped up the tail cheaply. With Imran Tahir not coming out to bat due to a knee injury, the Proteas were all out for 256.

The fourth of five ODIs takes place at the MCG in Melbourne on Friday.