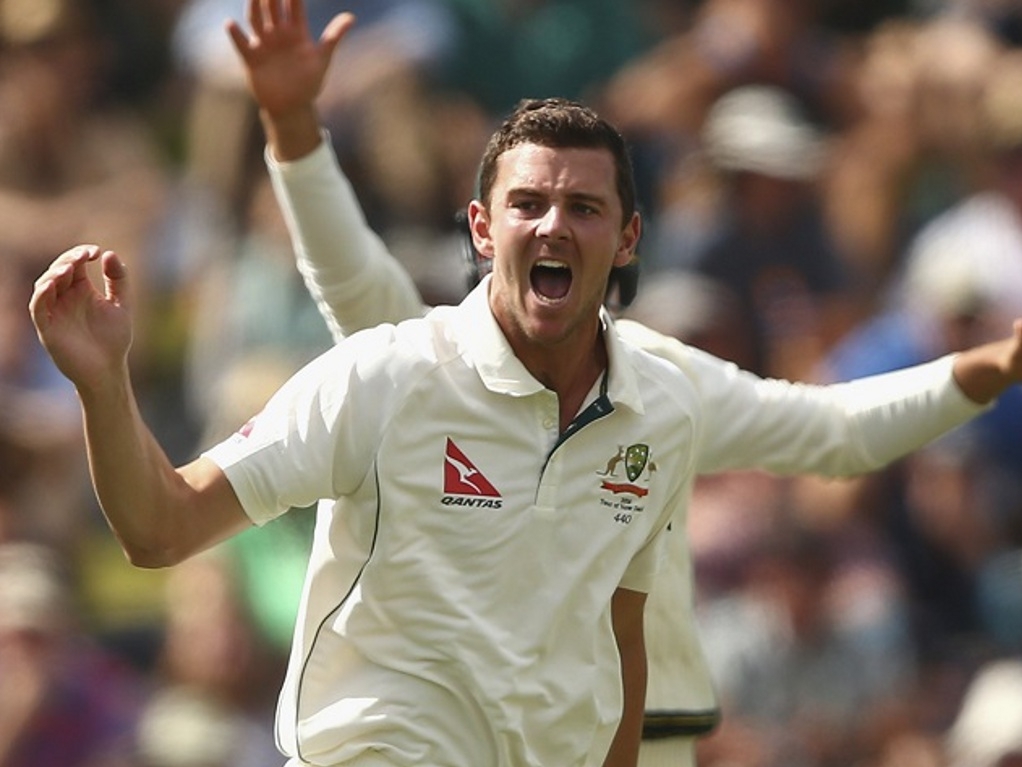 The start of New Zealand captain Brendon McCullum's farewell Test series did not go to plan in Wellington as he was out for a duck, and the Black Caps were bowled out for under 200 by Australia on day one.

The Aussies removed the hosts for 183 in 48 overs at the Basin Reserve, with Josh Hazlewood taking four wickets. The Aussies were on 147 for three at stumps, trailing by 36 runs, with Usman Khawaja unbeaten on 57.

At the start of the day, Australia won the toss and opted to field, as is tradition here, given the green track on day one that helps fast bowlers. And help them it did, as Hazlewood and Peter Siddle reduced the Kiwis to 51 for five.

No-one in the Kiwi top order managed to get past the teens, and debutant batsman Henry Nicholls managed just eight in his first innings in whites. As they further collapsed to 97 for seven, the tail was required to wag.

This was when Corey Anderson added 38, spinner Mark Craig top scored with 41 not out, and number 11 batsman Trent Boult made 24, putting his colleagues to shame as he scored them off 22 balls.

Australia's innings started in the afternoon. They lost openers Joe Burns and David Warner quickly, leaving them on five for two, before Khawaja and Steve Smith put on a century stand to avoid a collapse of their own.

Smith made 71 off 112 balls, while Khawaja's fifty came off 87 deliveries. Smith was out with six overs to go in the day though, caught and bowled by Craig, leaving Adam Voges in the middle.

Voges was the focus of a controversial no-ball call in the final over. Voges was bowled by Doug Bracewell, but umpire Richard Illingworth called it a no-ball on the field. Replays showed there was an entire heel behind the line, but it was too late and Voges stayed at the crease.